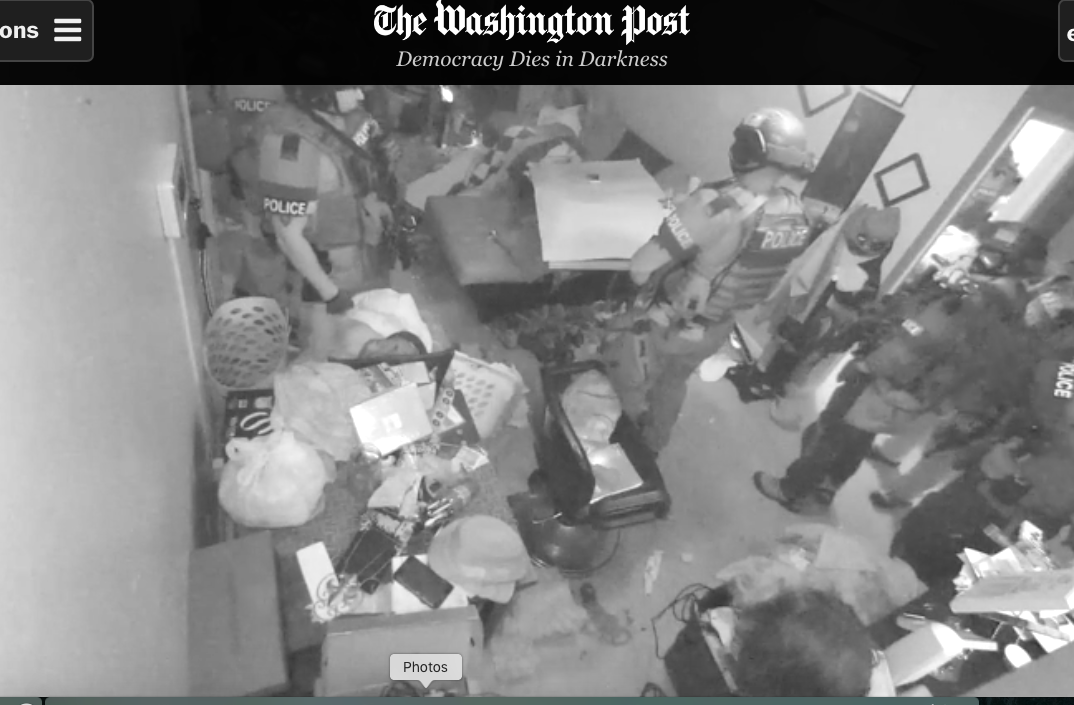 Here’s the open line, plus something worth reading: It’s an account by Radley Balko of the Washington Post of a bust last year of a Little Rock man suspected of dealing drugs. The raid came up with virtually nothing — a tiny bit of marijuana. But 31-year-old Roderick Talley was arrested anyway. Good for him and bad for the cops, he had security video that recorded the happenings including a door-blowing no-knock raid.

Charges were dropped against Talley (with good reason it appears). It’s a long involved tale but it doesn’t do the Little Rock Police Department proud. Here’s the big picture:

In addition to Roderick Talley, I’ve talked to nine other people who have been raided by the LRPD’s narcotics unit over the past two years. I’ve also reviewed more than 100 search warrants executed by the unit since 2016. According to policing and Fourth Amendment experts, these interviews and warrants show that the LRPD narcotics cops and SWAT teams are routinely violating the Fourth Amendment rights of Little Rock residents. They’re also putting people at unnecessary risk. And there’s strong evidence that, in some cases, officers have made demonstrably false statements under oath. (In response to a list of questions I emailed to LRPD Chief Kenton Buckner, Little Rock city attorney Thomas Carpenter responded that city officials could not comment on any questions related to Talley due to pending litigation. He added, “As to your other questions, the policies of the LRPD as they relate to the subject of your email are in full compliance with both Arkansas state law and federal civil rights law.”)

There are three main areas of concern. First, the narcotics unit appears to be routinely violating the Fourth Amendment by serving nearly all of its warrants with no-knock raids. It’s asking for no-knock warrants without demonstrating why each suspect merits a no-knock entry, as required by federal law. Worse yet, Little Rock judges are then signing off on these warrants.

Second, the LRPD is serving many of these warrants by using explosives that SWAT veterans I’ve interviewed say are reckless, dangerous and wholly inappropriate for use in drug raids. I’ve also spoken to at least two people who say there were children in the home when the explosives were used.

Finally, and perhaps most troubling, there’s clear evidence that one informant whom LRPD drug cops have been using — the informant used to obtain probable cause against Talley and others — has been lying to police about his drug buys. At minimum, the detectives who worked with him have been inexcusably sloppy in their handling of him. But there’s also evidence that raises questions about their own truthfulness.

Some of these raids haven’t turned up any contraband at all. Some have turned up small amounts of pot or prescription drugs that may not have been illegal. Only a handful have turned up significant quantities of drugs or weapons. Many times, the only thing illegal about the weapons seized is that they were found near illegal drugs. The majority of these raids failed to find either the type of drug that the informant claimed to have bought or the currency the police gave him to buy it.

An unreliable information is part of the problem. From one of the cases:

More interesting still is the note the prosecutor wrote in the case file: “Det. Rob Bell told me that after the arrest of D [the defendant], LRPD found out that the CI [confidential informant] lied re: the ‘Control Buy.’”

But if that’s true, it’s hard to see how the detectives haven’t been lying, too. In Talley’s case, they claimed to have seen a door open and to have witnessed a conversation. Video disproves both. And in both cases, police claimed in the sworn affidavit that they searched the informant before the drug buy and found no drugs, that they monitored him throughout the entire process, and that when they met up with him after the alleged buy, he presented them with the drug he claimed to have bought — cocaine from Talley, pot from Boykins. To claim that the informant lied about the drug buy doesn’t explain why the police still claimed under oath that the informant returned from the buy with baggies of illicit drugs — or what happened to those baggies.

Michael Laux, a lawyer who’s sued LRPD before, is representing Talley. He tells Balko there may be “scores” of people who have been arrested on bogus affidavits. The city moved unsuccessfully to seal all the incriminating information Talley has discovered, including his own security video.

Of the 105 warrants I reviewed, the police claimed to have found some quantity of illicit drugs in 85, leaving 20 raids that turned up no contraband at all. But even among those 85, they rarely found a significant quantity of the drug they claimed their informant had purchased. In some, they claimed to have found “residue” of a “powder” or “leafy substance,” but it isn’t clear whether those substances were ever tested. In others they claimed to have found a “pill bottle” or “pills,” without always revealing what the pills were, or whether the owner had a prescription for them. In 35 of the 105 no-knock raids, the police only had probable cause to search for marijuana. In eight others, they found only marijuana despite obtaining a search warrant for harder drugs.

Nearly all the people raided that I spoke to were lower-income, and all but one were black. Of the 105 warrants I reviewed, 84 were for black suspects, 16 were for white and five were for Latinos. Little Rock as a whole is 46 percent white and 42 percent black. Hispanics and Latinos of any race make up just under 7 percent of the population.

The players and victims in this story again unavoidably bring to mind the familiar facts: The LRPD is majority white and most of the white officers don’t live in the city of Little Rock. Too much crime, they say. The schools (majority black) are no good, they say. Yet the city provides a valuable subsidy, free use of city cars, for most of the white officers to commute elsewhere. Does this aversion to the city they serve get reflected in no-knock door-exploding raids on law-abiding black people? Perhaps the candidates for mayor should talk about this.