The Arkansas Times will transition from a print weekly to a glossy monthly magazine and relaunch its popular website in February 2019.

This marks a return to the publication’s roots. Founded in 1974, the Times published for nearly two decades as a magazine. The Times transitioned to a weekly in 1992 to try to fill the sizable gap left when the Arkansas Gazette closed.

“When the Times went weekly in 1992, the internet didn’t exist. At the time, the increase in frequency enabled us to better report news as well as cover upcoming cultural events,” Alan Leveritt, publisher and founder, said. “Since then, staging.arktimes.com has become where readers go to for immediacy.”

In February 2019, look for a dynamic, blazingly fast, new staging.arktimes.com. Expect more daily reporting and analysis on news, politics, culture and food to augment the work of Max Brantley on the popular Arkansas Blog. The custom-built new site will include features of the sort you’ve been accustomed to seeing in the weekly newspaper, along with a dynamic, easy-to-navigate To-Do List web app that serves as a curated calendar and a greatly expanded offering of videos, including regular “shows.”

The site will continue to run on a metered paywall, where readers can see only a limited number of articles without subscribing. In October, the Times had 1,600 subscribers who pay $9.99 per month or $110 per year. Arktimes.com regularly draws more than 350,000 unique visitors and 1 million per month.

The new Arkansas Times monthly magazine will debut Jan. 31. It will be glossy and oversized and unlike anything in the market.

“We also see an opportunity to fill a gap that’s existed since the Arkansas Times went weekly — the absence of a monthly general interest magazine about Arkansas that’s smart, lively, opinionated and willing to take risks,” Leveritt said. “There are a lot of magazines in the market, but they approach our state with a soft focus and are unwilling to risk a dime to take a stand on important issues that affect the health and prosperity of Arkansans.” 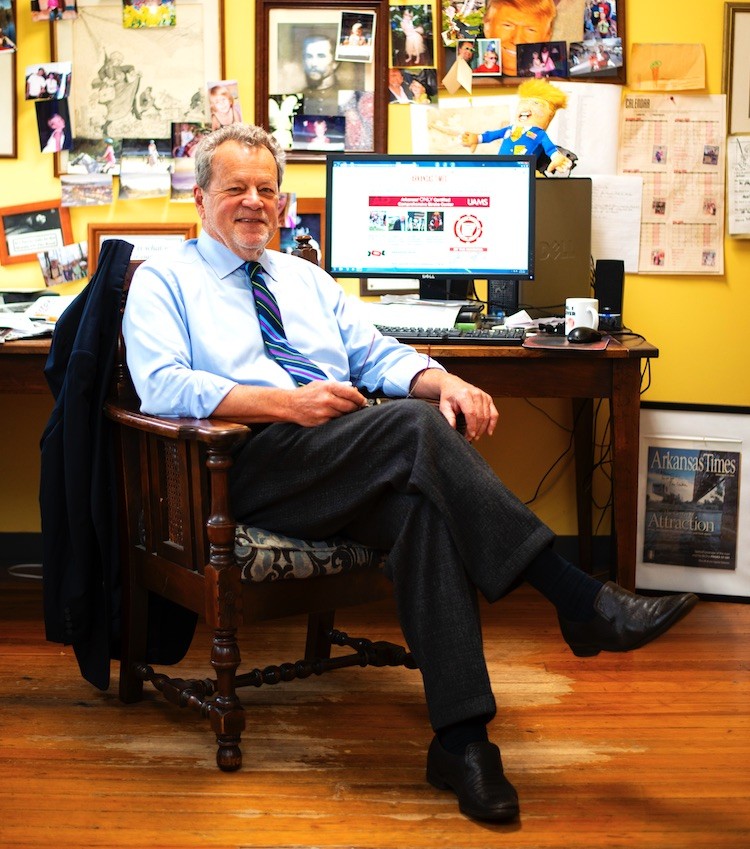 Arkansas Times editor Lindsey Millar said, “Having a sense of will be a chief value of the magazine. We’ll be pretty, but with a bit of grit. News and politics will remain our primary focus online, but in those will get equal footing with culture, food, travel and world-class feature writing. Of course, the magazine will still have a strong point of view, and we won’t shy away from ruffling feathers.”

The magazine will make quick points of entry a priority. According to Millar, “Our opening section, The Front, will be like a mini magazine unto itself: Heavy on satire. Delightfully designed. The sort of little tidbits you read on an initial skim of a magazine. Our departmental content, including sections on travel, history, culture and food and drink, will be meatier, but still digestible: Think, for those accustomed to reading the Times over lunch, sandwich read. The features will be provocative stories to , full of striking photography and the best writing in the state. Taken together, this will be a magazine that readers return to time and again, the sort of thing that they can’t bear to discard.”

The new Arkansas Times magazine will be distributed for free to over 500 locations in Central Arkansas and Hot Springs. The Arkansas Times will continue to publish a weekly edition through the end of 2018.

Questions? Concerns? We’d love to hear from you. Write to us at arktimes@arktimes.com.