On the side of my work as for the Arkansas Times, I run the Arkansas Nonprofit News Network, a nonpartisan investigative and public interest journalism project that I founded in late 2016. With funding from grants and donations, hires writers, editors, fact-checkers and photographers on a contract basis to cover a story or topic. Their reporting is then distributed for free among some 20 statewide media outlets, including radio, TV, newspapers and websites. When an story runs online on the websites of just three news outlets — KARK-TV Channel 4; KLRT-FOX 16; and the Arkansas Times — that combined audience exceeds that of any state media.

I started because I know that, aside from the largest news operations in the country, like The New York Times and NPR, most newsrooms lack the resources to do sustained reporting on complicated topics. It’s been great to see how our work has been received across the state. “[ANNN] gives our readers a deeper understanding of issues that affect their lives and their pocketbooks,” says Chris Wessel, editor of the Jonesboro Sun. “We need to make sure this kind of journalism continues because no one else is watching or holding our statewide elected officials accountable. With the newspaper economy suffering, it’s also important because it doesn’t cost our newspaper anything to use the service.” “So many decisions affecting our state’s residents come out of Little Rock, and we want to be able to get that information to our readers,” says Mardi Taylor, executive editor of the Southwest Times Record in Fort Smith. “The has provided timely and informative articles about health care, Medicaid, the prison system and more. The stories are well researched, well written and well received by our readers.”

Help us continue digging into important stories. From Nov. 1 through the end of 2018, all donations to up to $1,000 will be matched dollar for dollar, thanks to the fundraising program. Additionally, the Jonathan Logan Family Foundation is matching the first $5,800 raises during the last two months of the year. That means that if gets $5,800 in donations from supporters, the two matching grants will bring that total to $17,400. That would pay for a lot of journalism that matters to Arkansans. contributors include David Ramsey, named by The Washington Post to its 2015 list of best state political reporters, and Benjamin Hardy, a 2018 Association of Health Care Journalists fellow. Politico wrote that Ramsey’s “reporting for the Arkansas Times on his state’s unique approach to Medicaid expansion set the tone of a national conversation”; Rachel Maddow said that Hardy’s reporting for the Times on the rehoming scandal involving former state Rep. Justin Harris deserved a Pulitzer Prize. 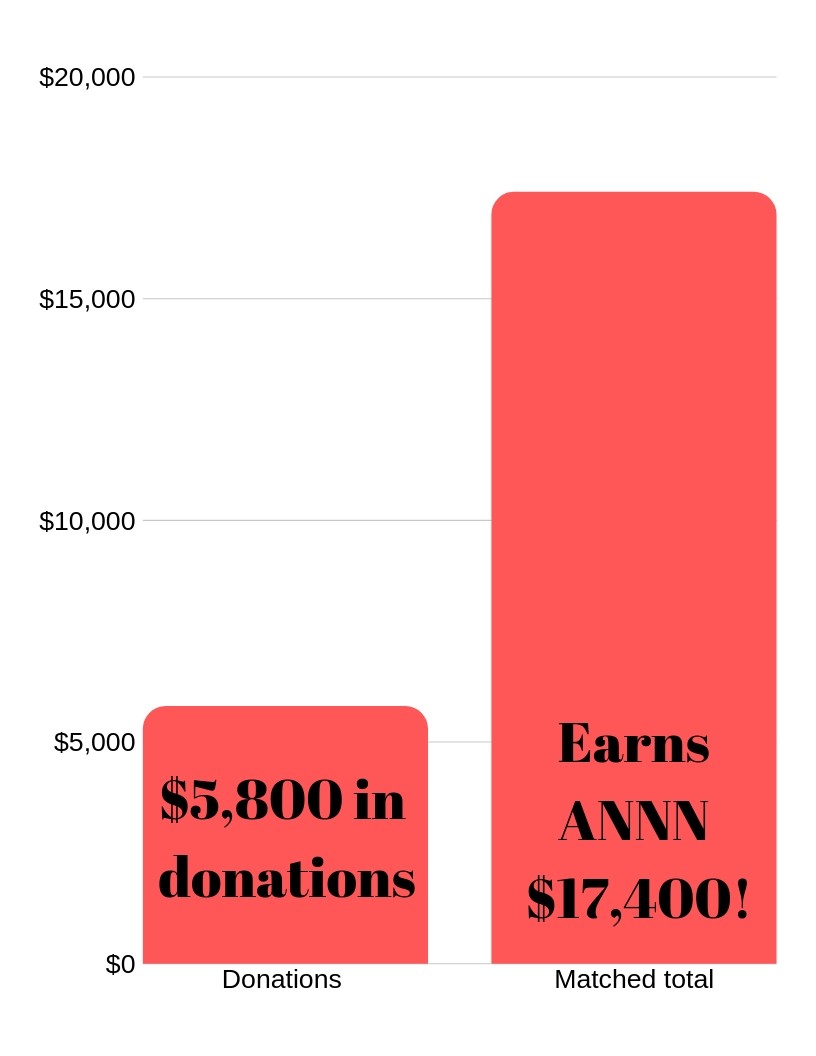 From its inception, has provided the most detailed analysis of health care policy in Arkansas. Our deep-dive investigations have probed how the state’s changes to the Medicaid program have impacted the working poor. We’ve offered the best on-the-ground coverage in the state, including policy explainers that shine a light on real-world impact beyond the political talking points, reporting that tells the stories of the people whose ability to receive medical care is at stake and investigations to uncover the results of the policy.

reporters have also been hard at work on the public corruption beat. As the result of a federal investigation, more than half a dozen former state lawmakers and lobbyists have been criminally charged, with numerous others implicated in various criminal schemes — including outright bribery — to enrich themselves with public money. This is precisely the sort of story that was designed to tackle, investing over the resources to uncovering the truth in this incredibly complex series of scandals.

One of our early stories was an in-depth profile of Rusty Cranford, the former lobbyist at the of the scandals. This magazine-style narrative, based upon more than 30 interviews and hundreds of pages of public documents, was the most ambitious and sweeping story that has been published on corruption in the state this year. Presented as a true crime chronicle, the piece highlighted our commitment to storytelling that engages the public on complex issues. Help us do more like this.

Contribute to at arknews.org or by sending a check to the Arkansas Nonprofit News Network, P.O. Box 250746, Little Rock, 72225-0746. Donations are tax-deductible. And come to our fundraiser at 6 p.m. Sunday, Nov. 11, at the White Water Tavern! Stephanie Smittle and Isaac Alexander will provide the music. 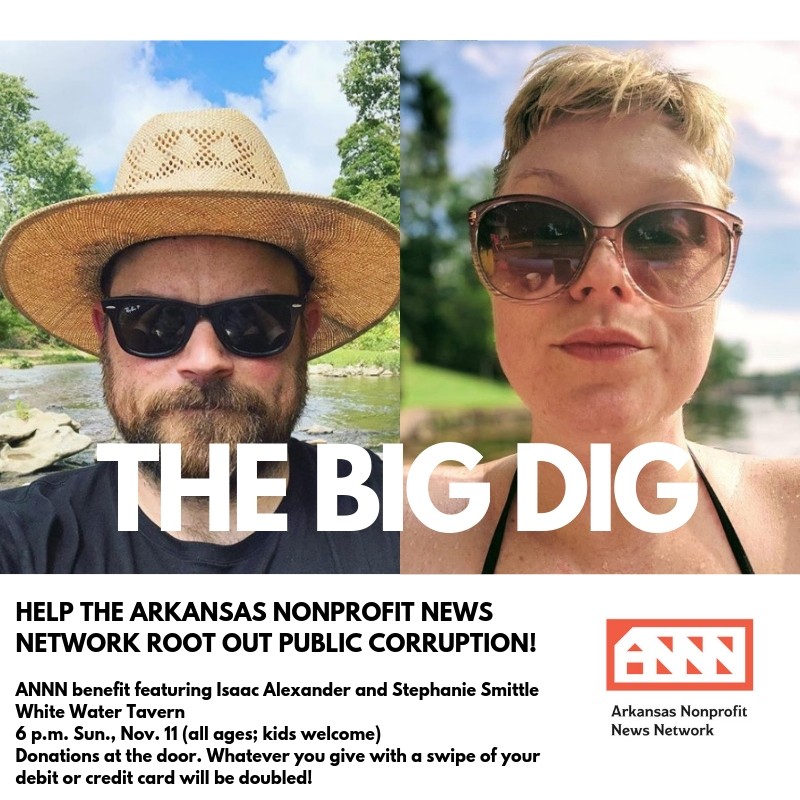