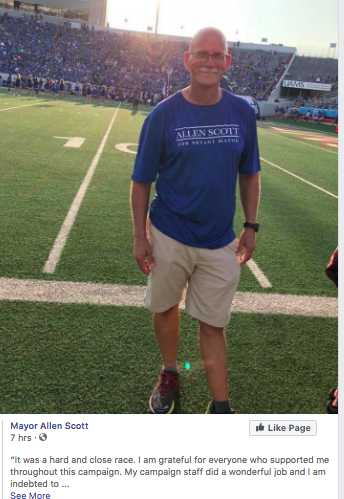 Dabbs tenure was drama-filled thanks to her personality. Recent days had been marked by controversies about her alleged bullying of city employees and her ire over a dance party at the city pool by an African-American group. Video of partyers twerking went viral and enraged Dabbs. She earned her nickname by trying to make Republican Dabbs her legal name for voting purposes when she first ran for the non-partisan office, a political play in Republican-red Saline County.