The monthly report from the Department of Human Services shows another 3,815 people have been disqualified from Medicaid coverage for failure to meet work reporting requirements for three months.

That brings to 12,128 the number disqualified since implementation in June. Once disqualified, you must wait until Jan. 1 to try to qualify again.

The work rule was a punitive measure pushed by Gov. Asa Hutchinson to win legislative support for the continuation of the expanded Medicaid program enabled by Obamacare. It expected people to fall by the wayside and, indeed, another 6,200 are only one more month of non-reporting away from being disqualified. The idea is it will encourage work. No such requirement has been shown to be effective when attached to other welfare programs the years.

The work rule faces a federal court challenge for restricting rather than expanding health coverage, as Medicaid is supposed to do. Participants must report work or volunteer activities of 80 hours a month and they must do the reporting by , despite Arkansas’s poor computer connectivity, particularly among the poor most affected.

The Hutchinson administration has shown little concern about the disqualifications, speculating that people have either found work or else are simply undeserving There’s been little effort by the state to determine reasons, but the lawsuit and reporting have turned up many cases of people who didn’t know about the requirement or faced a variety of obstacles in fulfilling it or filing the required reports. 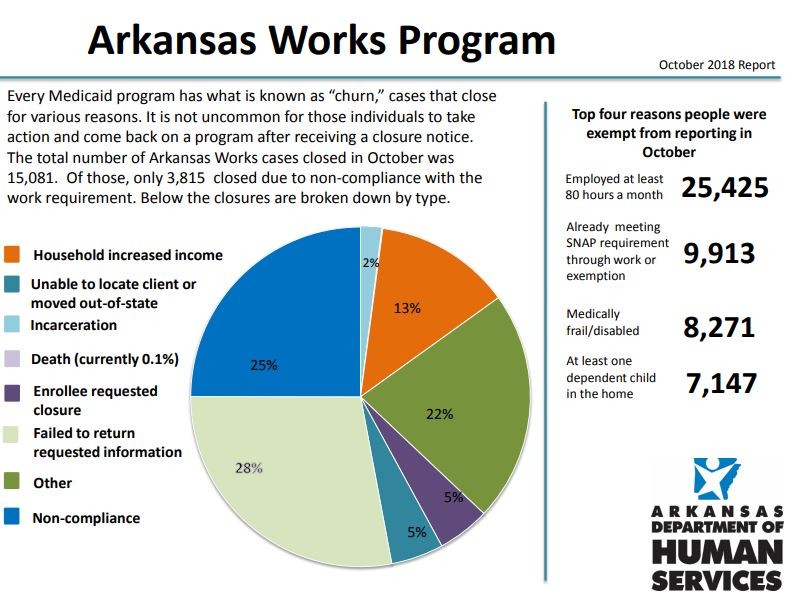