Runoff elections in Pulaski County are today. The polls are open and close at 7:30 p.m. Around 15,000 have already cast early votes.


Frank Scott Jr. is facing off against Baker Kurrus in the runoff for Little Rock mayor. Scott topped the Nov. 6 general election with 37 percent of the vote, falling short of the 40-percent threshold to win outright. Kurrus finished second with 29 percent, squeaking by Warwick Sabin in a field of five candidates.

Here are the polling locations, but note these temporary changes, for this runoff election only: 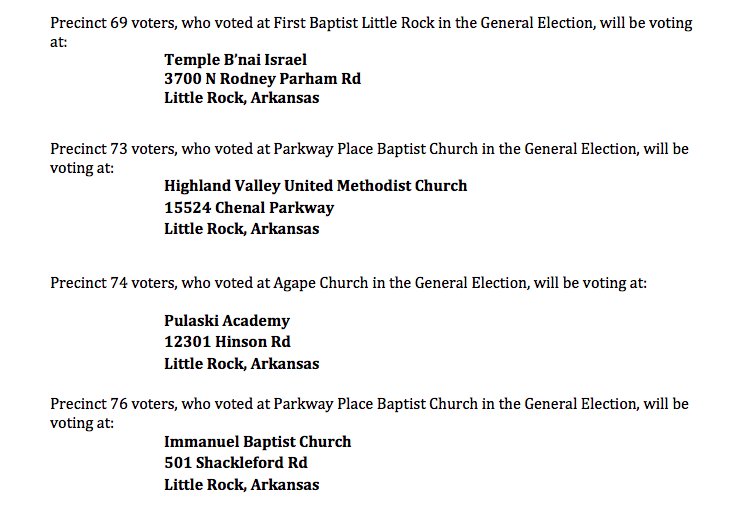 Here’s a few more pictures of Kurrus and Scott out and about in the city today, snapped by Brian Chilson: 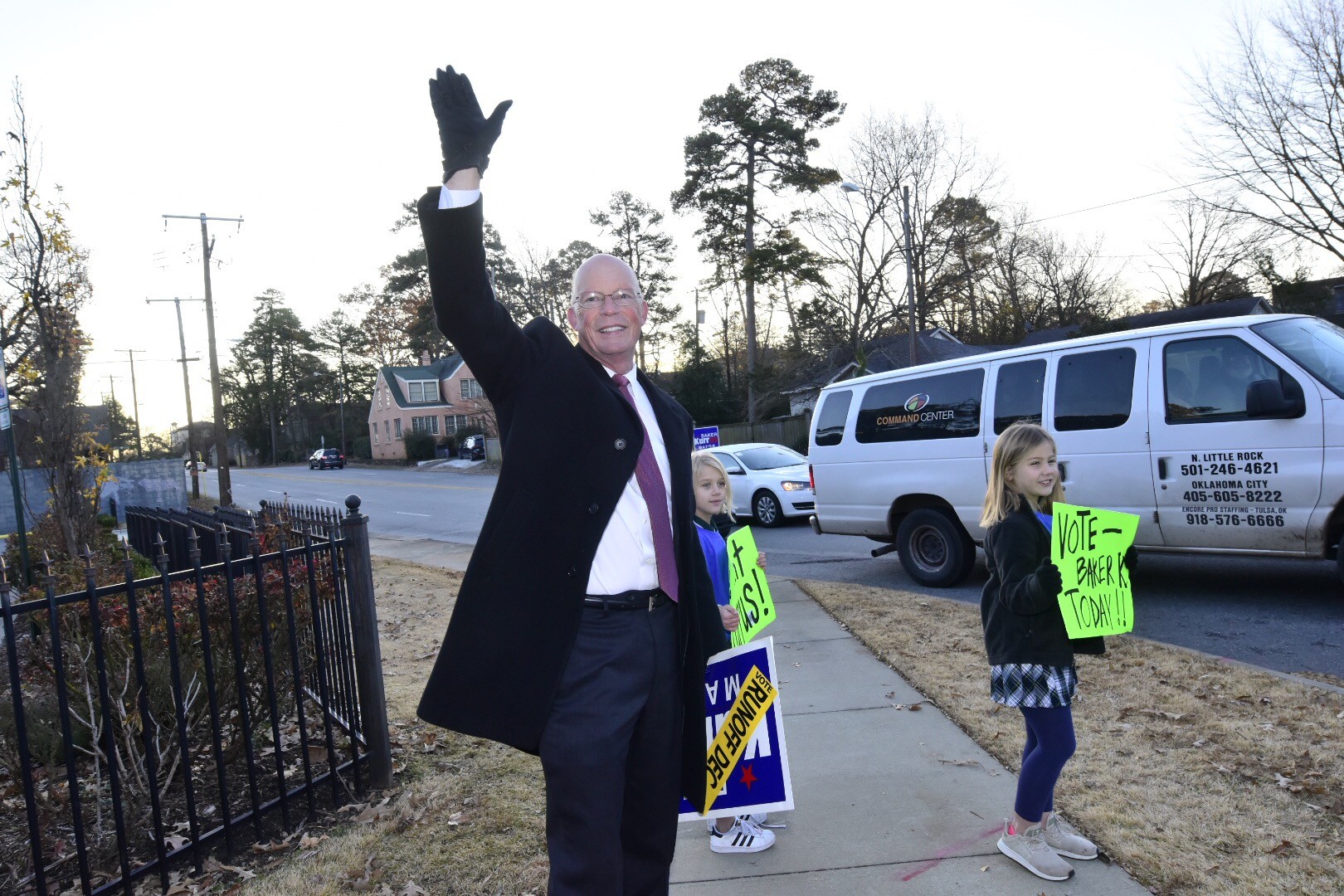 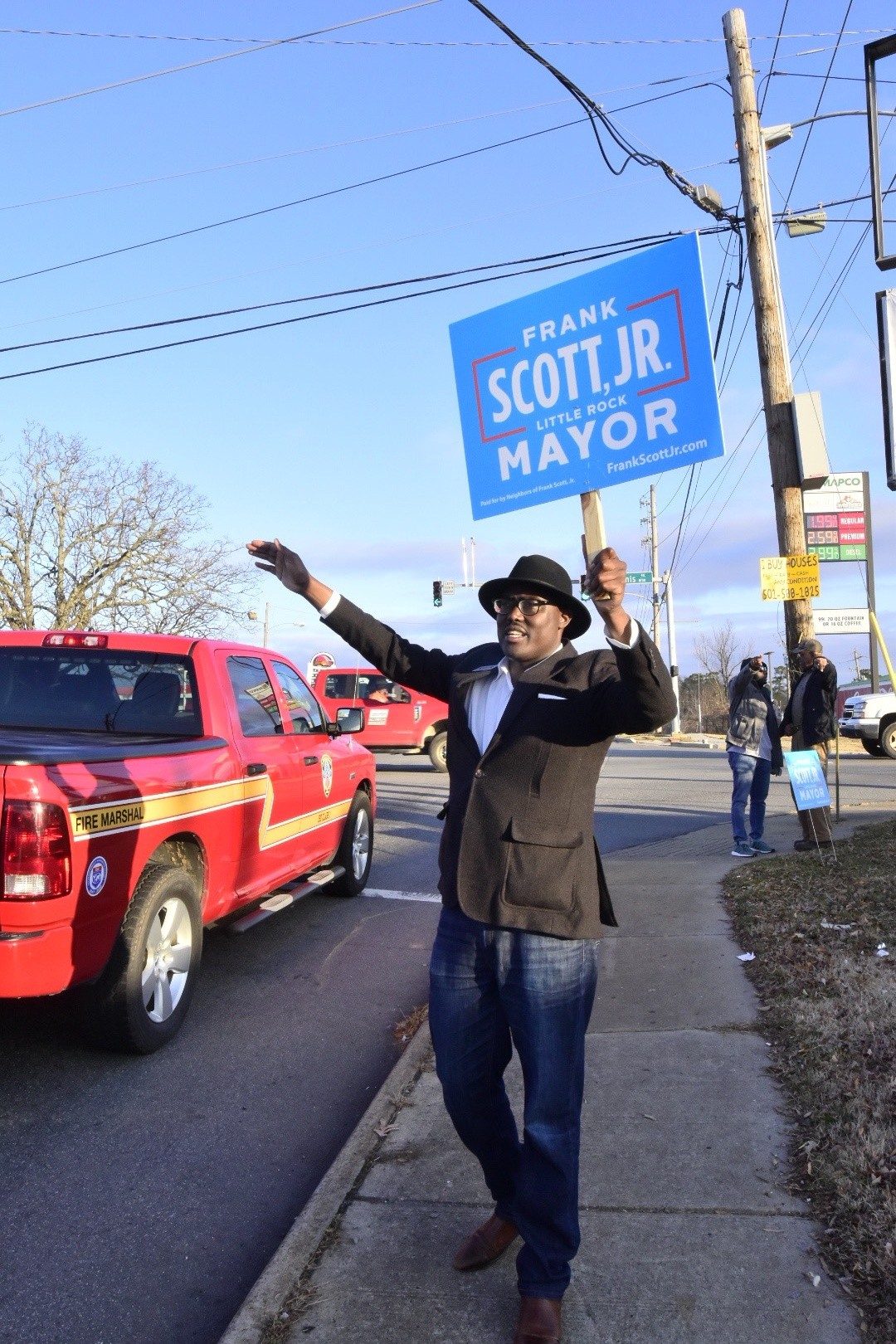