Although it was nowhere to be found on its agenda, the State Board of Education discussed waiving the Teacher Fair Dismissal Act for the Pine Bluff School District today. The fair dismissal law provides basic due process protections for all public school teachers. The state recently took over the district because of academic performance. A state accountability law allows the board wide latitude to waive state education standards for low-achieving schools categorized as “Level 5 intensive support,” but the only hint of a plan to ask for a waiver of the fair dismissal law for Pine Bluff teachers came today from the Arkansas Times, which revealed that Education Commissioner Johnny Key had made notes about doing so.

(The Board later delayed consideration of the Teacher Fair Dismissal Act in the Little Rock School District, among other proposed changes.)

When the Board began discussing it, Chair Jay Barth expressed deep frustration with the lack of transparency on behalf of the Department of Education. He said there had been “a real effort to hide the football. … Open government requires actual open government.” Barth also said he was “personally offended” because, as board chair, he’s supposed to be involved in setting the agenda.

Chambers said, “We need to come together as a community and not feel less” trusting. 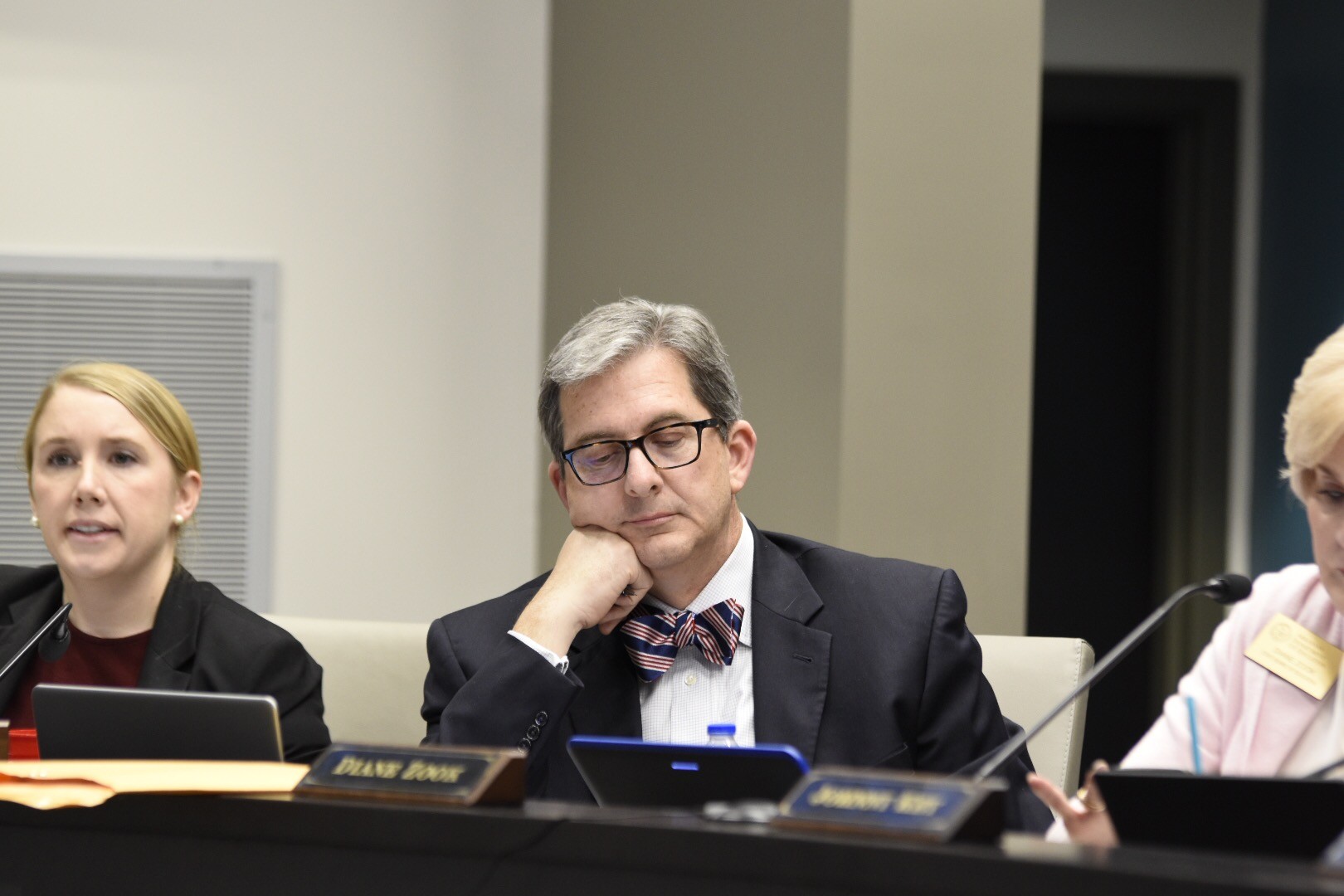 But Board member Brett Williamson said, “The point of having state takeover is the state needs to do things that the school board couldn’t or wouldn’t do,” and made a motion to waive the fair dismissal law. Board member Diane Zook seconded his motion.

The discussion of whether the board had been transparent continued.

Newton said she supported the waiver request, but added, “I don’t want to deceive the community in any way.”

The last thing the Board needs to do is deceive anyone, Hill said.

Later, Williamson made a motion to table his earlier motion, so the public could have sufficient time to consider the motion. The board will meet at 10 a.m. Dec. 20 to consider it.