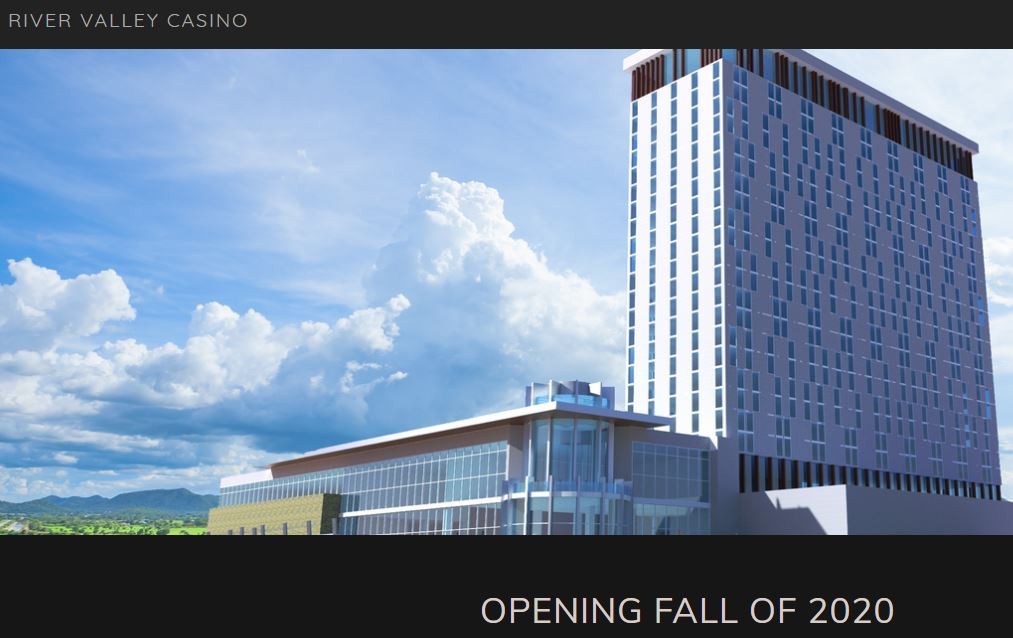 A Mississippi casino operator announced plans today to build a casino in Russellville, a not-unexpected development given outgoing County Judge Jim Ed Gibson’s surprise support of the project. Legal opposition can be expected.

My call to leaders of the Gulfside Casino Partners this morning was not returned, nor did I get return calls from a Russellville businessman who’s been working on the project. Gibson also has not responded to my questions. But a news release arrived today, distributed by The Peacock Group of Little Rocki:

Gulfside Casino Partnership today submitted a letter to the Arkansas Racing Commission from Pope County Judge Jim Ed Gibson in support of its application for casino gaming. Once approved by state regulators, Gulfside has committed to build a three-phase $250-million resort casino in Pope County.

“We are excited to make a significant economic investment in the Arkansas River Valley with this first-class resort,” said Terry Green, co-owner of Gulfside. “This project will create more than 1,500 new jobs and generate millions of dollars in taxes—improving the county’s infrastructure and its overall quality of life.”

Last month, the state’s voters approved Amendment 100 of the Arkansas Constitution. The amendment allows local leaders to select, through a letter of support, who applies for a casino license in their community. The new amendment grants casino licenses to existing Arkansas institutions, including Oaklawn Park in Hot Springs and Southland Park in West Memphis. In addition, it provides for new licenses to be granted in Jefferson and Pope Counties. According to the amendment, the Arkansas Racing Commission is required to promulgate rules for the state’s new casino gaming structure no later than March 14.

“We have been in discussions with local leaders since March,” said Casey Castleberry, Gulfside’s attorney. “The Arkansas Constitution clearly supersedes any local ordinance. This process is playing out as intended by Amendment 100.”

UPDATE: Though the news release refers to “its application,” none is on file yet with the state Racing Commission. The Commission has received Gibson’s record, spokesman Scott Hardin said. A Gulfside spokesman said there’s no application on file because Racing Commission rules haven’t been finalized. But they provided this outline of the proposal. It touts the jobs and tax revenues the project would create and cites the partnerships revival of a Gulfport casino destroyed by hurricane in just six months.

As I reported yesterday, a lawsuit was filed attempting to prohibit Gibson from issuing an approval letter, based on a rumor he was going to do so. It turned out that he’d already written the letter. Sen. Breanne Davis also asked Attorney General Leslie Rutledge whether incoming Judge Ben Cross could rescind the approval.

Many questions remain to be answered. The state Racing Commission, which will regulate casinos, has said a letter signed by a judge after Nov. 14 meets the requirements of recently approved Amendment 100 to expand casino gambling , among others, Pope County. Other rules are still be drafted. It also is known that the Cherokee tribe of Oklahoma is interested in operating a casino in Pope County. Can the Commission only consider applications with support of a local official? MUST it approve such an application?

Then there’s the ordinance approved by Pope County voters that requires a popular vote in the county before a judge or mayor (if the casino is to be located in city limits) approves a casino proposal (which Cross says he won’t do.) The Gulfside news release indicates, as I’ve long expected, that they believe the local ordinance is unconstitutional. The amendment makes no provision for a local option election. Thus, they’ll argue, a city or county can’t step in and add additional requirements to the procedure spelled out in the Constitution.

Expect the court action to continue for some time, certainly until after Gibson is out of office. Will his approval mean anything at that point? I can think of a few players in this drama who’ll argue otherwise.

The news release doesn’t indicate a site. There’s long been of land outside the city of Russellville, on or near Lake Dardanelle. Gulfside spent $60,000 in support of the casino amendment, nothing like the millions invested by the Quapaw and Cherokee tribes and Southland Gaming in West Memphis, which will be able to expand its existing casino. The Quapaws are on target so far to build in Jefferson County.

UPDATE: The proposed project has a website up with an announced 2020 opening. We shall see. It envisions restaurants, bars, shopping and, of course, gambling.

Below is a real casino operated by the partnership in Mississippi.

UPDATE: I’m informed the suit filed yesterday to prevent Gibson from signing a letter has been amended to reflect its existence and ask for a declaratory judgment that such approval can’t be given without a vote first. The expectation is that the new county judge will rescind that letter Jan. 1. Competitors hope that the Commission would honor that or perhaps adopt a rule specifying that a letter of support may be withdrawn before an application is filed.