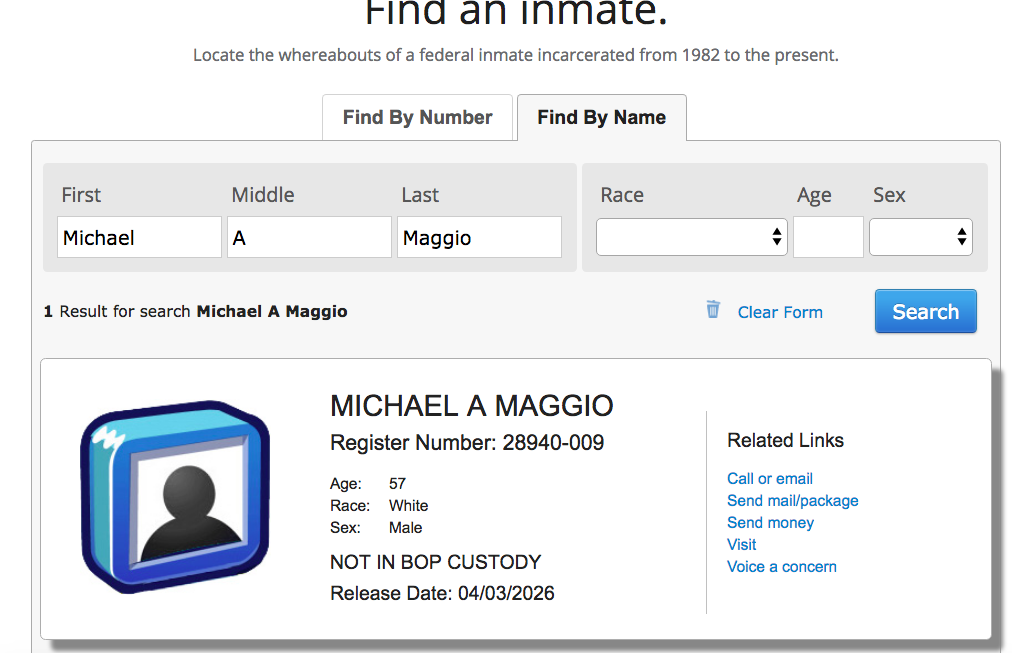 The whereabouts of Mike Maggio, the former Conway judge serving a 10-year bribery sentence, have fueled increased talk that new developments might be imminent in the public corruption investigation in which he was charged. The known facts:

* The online federal prisoner lookup system continues to indicate Maggio is “not in Bureau of Prisons custody.” His 10-year sentence ends in 2026. He has not been freed. So where is he?

* Dec. 17, without explanation, Maggio withdrew a post-conviction appeal for release from prison while he argued that he’d had poor legal counsel in pleading guilty (a plea he attempted unsuccessfully to withdraw.) He was not in Bureau of at that time and that situation continues, three weeks later.

* Maggio went to prison for taking bribes to reduce a verdict in a nursing home negligence case from $5.2 to $1 million dollars. He said he did it in return for campaign contributions arranged by former Republican Sen. Gilbert Baker from nursing home owner Michael Morton. Neither Baker nor Morton has been charged. Both have said the contributions were merely legal contributions to a good judicial candidate. Morton has conceded the timing didn’t look so good.

* The statute of limitations for most federal crimes generally is five years. Come Jan. 28, it will be five years since the last PAC campaign contribution flowed into Maggio’s campaign account.

Rumors have been circulating this week that the U.S. attorney’s public corruption team may have new charges coming in its investigation, which has included not just Maggio but a raft of unrelated charges of legislative and campaign contribution misdeeds. Think Jake Files, Jon Woods, Micah Neal, Hank Wilkins, Eddie Cooper, Rusty Cranford, Jeremy Hutchinson assorted others.

Maggio was hammered with a 10-year sentence because he reneged on an agreement to cooperate honestly with prosecutors. He was assigned to a high-security prison in Kentucky. After almost 18 months there, with a long road ahead, he might be more inclined to cooperate. He could not do so while challenging his conviction, but his habeas corpus petition has been withdrawn. (Stipulated: His credibility would be rightly subject to impeachment should he ever reach a witness stand.) To talk with authorities, he’d need to be closer to their offices. This is sometimes accomplished by transfer of an inmate to a jail or prison outside the BOP system — including county jails in Arkansas and, often, a privately operated facility that contracts with the federal government near Memphis. The marshal’s service frequently uses the privately operated facility at Mason, Tenn., to hold prisoners in their care, and they make regular runs back and forth.

The Maggio case has long fascinated court watchers. He’s serving 10 years for taking a bribe nobody has been charged with arranging or giving. He was also not the only recipient of money in a broad campaign effort that aimed to elect a number of judges in 2014. Others not named here participated in the campaign planning and also provided advice to Maggio after he landed in trouble, first for ill-advised commentary on an Internet website.

In short, many people have cause to wonder where Mike Maggio is and what he’s doing (or saying) these days.

I’ve gotten no response from Maggio’s lawyer and others on what, if anything, might be up.