Roderick Talley, the plaintiff in a civil rights lawsuit with the City and Little Rock police officers over abusive police practices in drug raids, addressed the city board Tuesday about a lack of action taken against the LRPD’s no-knock search warrants.

“These no-knock search warrants are happening again,” he said. “You’ve got a prosecutor as a judge, Melanie Martin, who … has started back signing these search warrants for the same officers that violated me and , right now, have a lawsuit against.”

“I ask this board, if you can’t have sympathy for me, have sympathy for the children that have been affected by these, that are continuing to be affected by these,” he said. “I’m a grown man, and I’m scared to death of the police. … This hasn’t been addressed. Nothing about these officers have been addressed. And I’m wondering, is anybody going to step up to do anything?”

He also asked the city board to coordinate with the city manager and assistant police chiefs to put the officers involved in his lawsuit on suspension until the investigation is over.

Mayor Frank Scott said he sympathizes with Talley and that he and the city attorney are looking into a no-knock warrant policy. “Your mayor is looking into this and has already had conversations in these [first] 36 days [in office],” he said. “We will see where this journey will take us, but it is a top priority of mine in addition to … the citizen review board, as we move forward.”

City Attorney Tom Carpenter added that the tape containing the footage of Talley’s home being raided during a no-knock search warrant was edited.

“We don’t have the unedited tape yet, and I think there’s a lot of factors here that need to be looked at,” he said. “But the most important factor is that these searches he’s complaining about were with warrants that were issued by a judge. That’s the purpose of having judges for the last 200 years.” 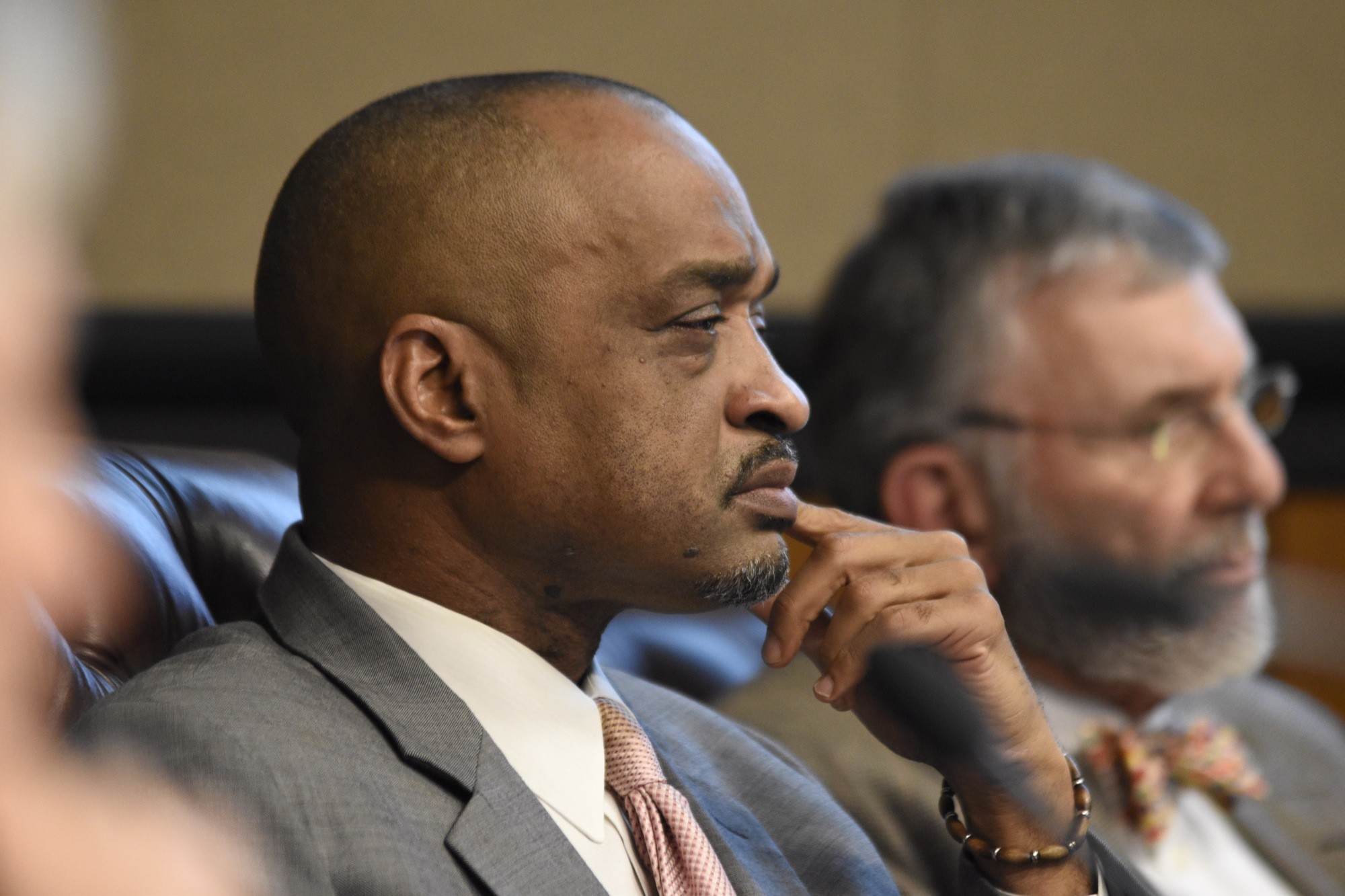 Vacant lots at 2701 Barber St., 2705 Welch St., 2800 Welch St. and 2818 Welch St. are being donated to the nonprofit. James Jones, assistant city manager, told the board the nonprofit has raised private funds to build duplexes on the property that will serve as affordable housing for people who’ve received services at Jericho Way. He said Depaul USA will not receive any funding from the city for construction on the properties.

“I think this is just another way to show how well the program that we’ve contracted with DePaul is working,” Jones said. “They’ve gone beyond just providing services for the day resource center. They are working with individuals to definitely better their lives.”

City Director Ken Richardson asked if the city had any influence on which individuals receive the homes. “What criteria will be utilized to make sure equity and fairness with respect to the selection of people getting homes?” he asked. He did not cast a vote on the resolution, which was part of the consent agenda. When he asked if he could cast a nay vote, his fellow city directors declined to allow it.