The latest was submitted by Nate Steel, a former Democratic legislator, but it is no Democratic handiwork. It would create a “citizens commission” to draw districts and it would be Republican controlled as matters now stand. The seven members:

That’s most likely means 5-2 GOP (one of four assistant Senate presidents pro tempore is a Democrat) if you’re counting based on current political alignment in Arkansas.

Under current law, the legislature draws congressional districts and a commission consisting of the governor, attorney general and secretary of state draw legislative districts. So current districts were passed while Democrats held the majority, but they badly miscalculated the coming red tide in the state.

I asked Nate Steel who he was working for. He responded:


There have been no charges or payments. I simply reviewed and submitted the proposal, and I have not charged for that time. 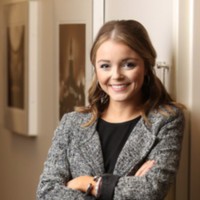 Lack of charges means lack of a requirement for the ethics filings otherwise necessary for people working for ballot initiatives. He referred me to Darbie Kuykendall. She is a former staffer for Republican U.S. Rep. Bruce Westerman and now a lobbyist for the Capitol Law Group. She said:

In 2018, the country saw a surge of groups fighting to create independent redistricting commissions ahead of the 2020 census under the guise of preventing gerrymandering. These independent commissions, however, are anything but “independent.” They are completely partisan in nature, despite their claims. In October of 2018, an amendment was certified here in Arkansas to create a commission that would create chaos. This initiative is designed to counter that proposal and protect our congressional and state legislative districts from being completely destroyed for the next decade.

Let me know if you have any further questions.

I asked her who was paying her. She responded:

I am a partner at Capitol Law Group, which is a lobbying firm here in Little Rock.

That’s not an answer to the question of her “potential” client in this matter. Steel and law partner Alex Gray are also lobbyists in the group. They have some marijuana and casino clients currently, among others.

The competing measure to which she refers is that by David Couch, approved as to form in October. Where Kuykendall and Steel want to preserve partisan control of gerrymandering, Couch has a proposal that mirrors some other states that to reduce partisan influence. As I wrote earlier.

Couch’s proposal, which is similar to bipartisan approaches adopted in other states, would place a new seven-member commission in charge of both [congressional and legislative districts]. Four members would be appointed by the House and Senate majority and minority leaders. Those four would then name the other three, none of whom could have a party affiliation in voter registration. Recent elected officials and lobbyists couldn’t serve.

Couch will draw on liberal nonprofit money, as he did in the campaign for a minimum wage increase, to power a petition drive. Couch had suspected Arkansas State Chamber of Commerce backing for the partisan redistricting proposal. It is currently working to make it devilishly hard to get on the ballot by popular petition.

Steel says that isn’t true and I tend to believe that. I suspect larger and richer opposition, perhaps associated with the National Republican Redistricting Trust. It is aimed at preserving Republican gerrymandering. Money for such Republican causes is limitless and often if not totally dark money, opaque.

petition drives? Will petition drives be possible once this legislature is done attempting to limit democracy? Fights lie ahead. And Republicans will be the deciders, as they would be under Nate Steel’s latest. His past — he mounted a Democratic effort to win the attorney general’s seat — is irrelevant. Makes cents, if you get my drift.