A proposal to ratify the proposed Equal Rights Amendment to the U.S. Constitution failed in a Senate committee Thursday morning. The ERA would establish an explicit guarantee for equal rights for all American citizens regardless of sex. The resolution failed to receive a second to a “do-pass” motion, effectively killing it.

The resolution, sponsored by Sen. Joyce Elliott (D-Little Rock), would have made Arkansas the 38th state to ratify the constitutional amendment, giving the amendment the three-fourths majority of states needed to become law. The constitutional theory behind the revival of the push to ratify the ERA, 40 years after Phyllis Schlafly successfully campaigned to kill it, is compelling, but also complicated and contentious. The Atlantic has a useful explainer; so too does this FAQ from equalrightsamendment.org.

Elliott, in presenting the resolution, asked, “Why is it needed? If there’s a lawsuit to be brought because of discrimination, the best thing you can have on your side is a fundamental clear remedy enshrined in the U.S. Constitution. There should be no discrimination on the basis of sex and that’s all you need to know.”

Elliott wore all white and testified for the resolution in front of a crowd of women, including many longtime advocates for women’s rights, such as Jean Gordon and Rita Sklar, also wearing all white.

The committee, which only includes one Democrat, Sen. Will Bond (Little Rock), was . Vice-chair Sen. Trent Garner (R-El Dorado) called the constitutional theory that the ERA was still in play to be ratified “highly dubious.” He and Sen. Breanne Davis (R-Russellville) offered a laundry list of highly dubious potential consequences: the age of consent would be lowered, single-sex locker rooms would be eliminated, alimony would be abolished, taxpayer-funded abortions would be required. Sen. Bart Hester (R-Cave Springs) said that “sex” had become a fluid idea in today’s culture and said he was worried about how that might affect how the amendment was interpreted. 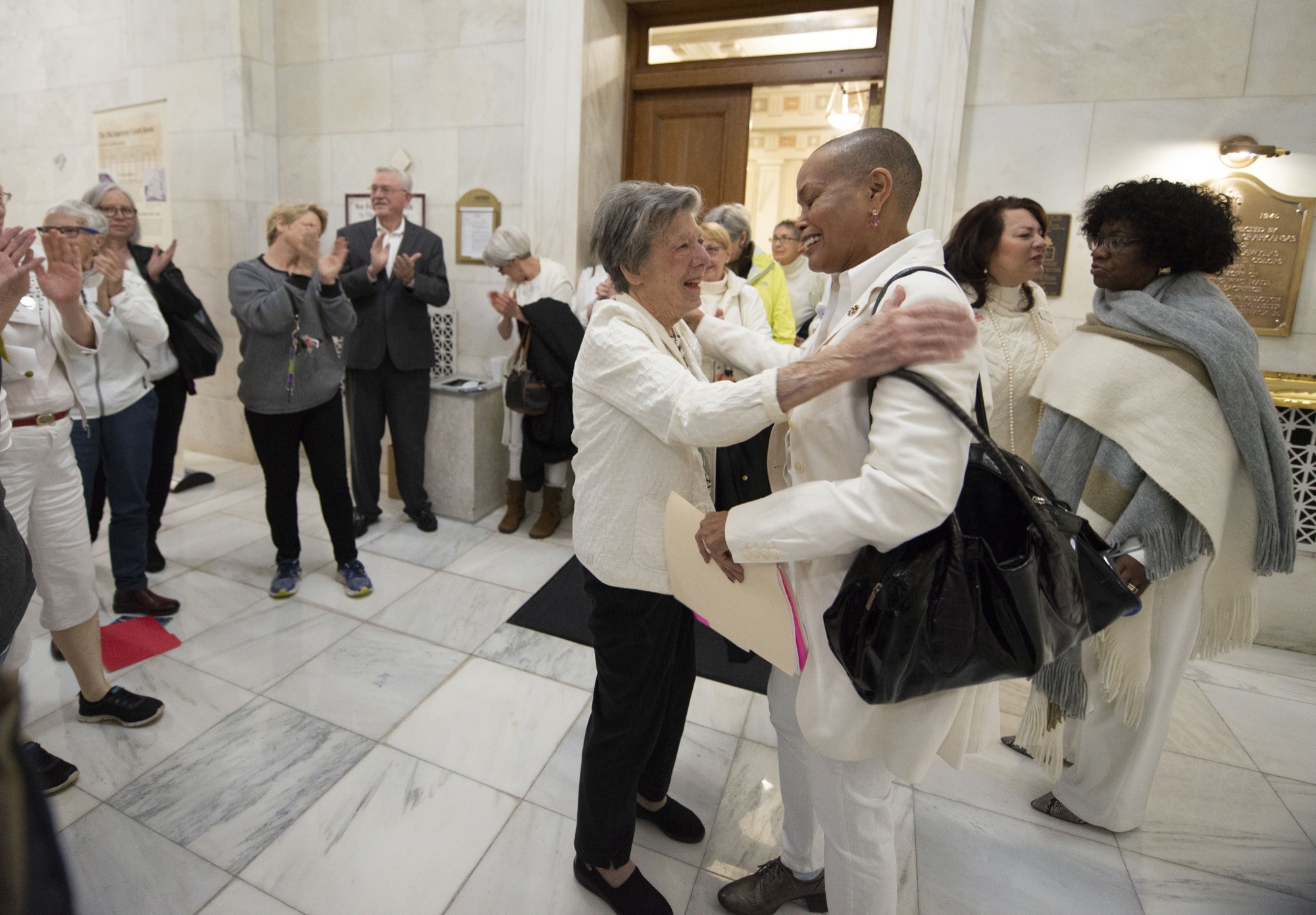 Elliott said the amendment would only come to the aid of women or men who were being disadvantaged — putting them on equal footing. “It’s bothersome to me that people think women will get special treatment. I just want equal treatment under the law,” she said. She noted that there were eight other constitutional amendments, protecting the likes of religious freedom and against racial discrimination, on which the ERA was  and there’d been “no deleterious impact.”