Same song, another verse. The state Human Services Department reported that the number of people not meeting the Medicaid work reporting requirement continued to rise in February.

Of course, maybe a federal judge will rule the work rule illegal in a pending lawsuit in Washington. It would be a simple matter to return to the old rules of providing coverage for people eligible on account of income for the Medicaid coverage provided under the Affordable Care Act. The state, which has made a mess of implementing and enforcing the work rule, laughably argued in federal court this week that ending the work rule would be a burden. What burden? It would streamline the agency significantly. Whether the Arkansas legislature would accept a Medicaid expansion that didn’t take a pound of flesh out of the poor is another matter. The DHS budget, with its provision for Medicaid spending, has not yet been approved by the current legislature. 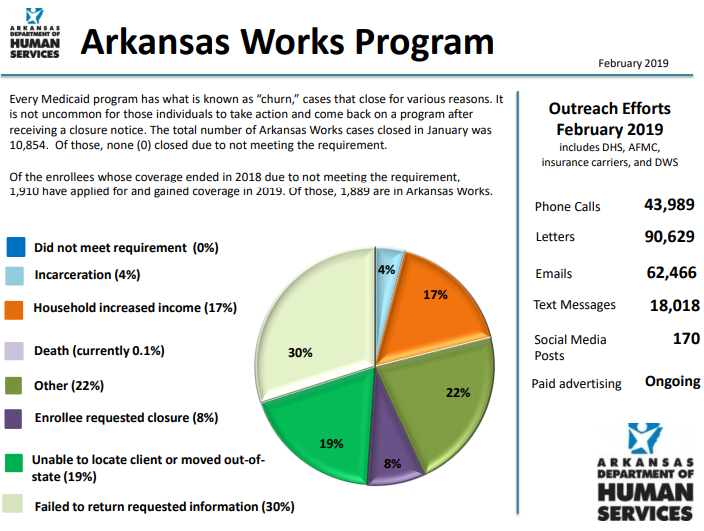 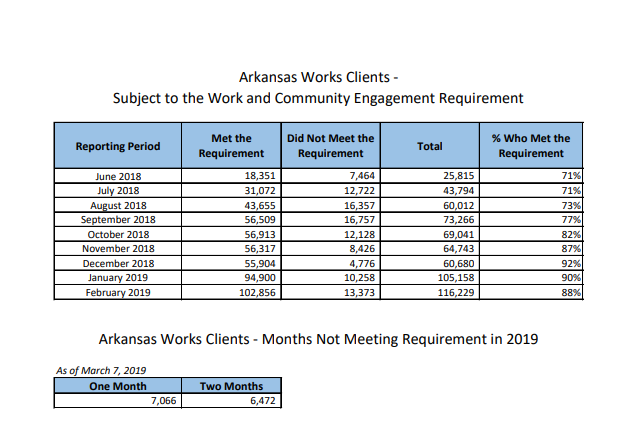