A House committee on Monday afternoon narrowly rejected a bill intended to establish rights for Arkansas renters — even after its sponsor, Rep. Jimmy Gazaway (R-Paragould), amended the bill to address critics’ objections. It could return for another vote later this week or next week.

House Bill 1410 would require that all residential rental units be structurally sound and have working locks, plumbing, electricity and heat, along with a few other basic habitability standards. Arkansas is the only state without a law outlining such standards, but attempts to create one have floundered in previous legislative sessions, largely due to opposition from the Arkansas Realtors Association.

When HB 1410 came before the House Insurance and Commerce committee on March 6, the realtors association opposed the bill. Cliff McKinney, an attorney for the group, told the committee at the time the realtors association would support a version that “reaches an appropriate balance” between landlords and tenants. Gazaway agreed to delay a vote on the bill after it became clear most committee members would not vote for it as written.

On Monday, Gazaway presented an amendment that he said incorporated all the language requested by the realtors association after multiple rounds of private meetings. The group no longer opposes the bill, Gazaway said — but even with the changes, they do not support it, either.

Among other changes, the amendment removes references to “health” and “safety” throughout HB 1410, narrowing the scope of what might constitute “noncompliance” on the part of a landlord. It removes requirements that all rental units have smoke alarms and carbon monoxide detectors; instead, it only says tenants have the right to install such devices on their own. Perhaps most significantly, the amendment only allows renters to break a lease on a deficient property (or a landlord to make repairs) if the tenant is current on his or her rent.

Gazaway acknowledged Monday the amendment was “not perfect” and repeatedly stressed that the changes were made only at the behest of the realtors association.

“I’m not sure that it makes anybody happy, but ultimately it moves the ball forward,” he said.

Tenants’ advocates appear torn about the revised version of HB 1410. Lynn Foster, a Bowen School of Law professor who helped draft the original legislation, said she had no comment when asked after Monday’s meeting whether she still supported the bill as amended.

Bill Woodell was among those who showed up at committee to testify on behalf of the original but told the committee he was unsure what to think about the amended version. “If a landlord can be in compliance despite having an apartment that’s unhealthy and unsafe for the tenant, the tenant’s not protected,” Woodell said. “A health problem that comes from [living in] an unsafe residence can show up and torpedo somebody’s ability to earn income. So if somebody’s now unhealthy because of where they live, they’re not current on their bill, they have no remedy. … It just seems like something of a placebo that used to be a good bill.”

Nonetheless, some landlords still urged the committee to vote no. Darrel Cook, a landlord from Northeast Arkansas, said passing the bill would mean “taking away some of my rights.” Rents would rise if the bill passes, he warned. “I do like the way this bill has been amended down … but what scares me as a property owner is, two years from now, what are you going to add to this bill?” he asked.

Rep. DeAnn Vaught (R-Horatio) asked Cook “if it was your mom in a house that wasn’t safe or couldn’t be heated, couldn’t be cooled — would you think differently about this bill?”

“I would work two jobs to get my mom out of that house,” he replied.

Vaught also asked Cook if he had asked for specific amendments on the bill. Cook said he had, and affirmed that they were incorporated by Gazaway.

“And you’re still against the bill, even though they did what you asked them to do?” Vaught asked. “ Yes,” Cook said. 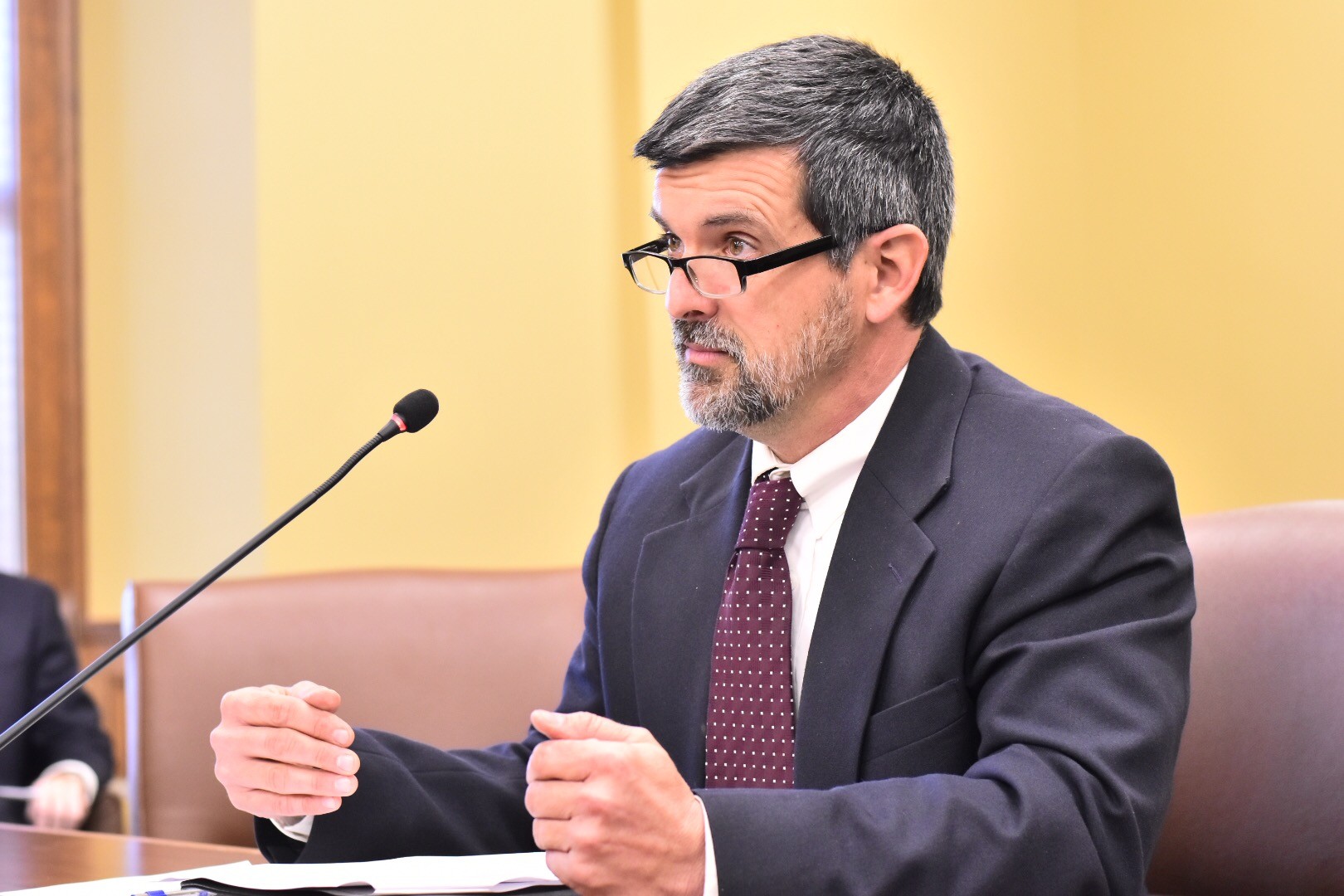 William Jones, a landlord from Fort Smith, said he opposed the bill and insisted the number of landlords who maintain substandard property is very low. “I’ve only heard specifically of violations from three egregious landlords,” Jones said. But, he also said that Gazaway’s amendment to the bill had effectively gutted it.

“We’re really left with an empty vessel that doesn’t particularly enhance or give relief to tenants or any protections to landlords,” he said.

Amy Pritchard, a local attorney who has worked extensively on renters’ rights issues, said in an interview Monday evening she had mixed feelings about the bill as amended.

“I do think it does more than nothing. I don’t think it’s fair to call it an ’empty vessel,’ ” she said. Among other things, Pritchard explained, the bill would still help ensure tenants who call local code enforcement on negligent landlords aren’t evicted in retaliation.

“But it lacks a lot of what we’d like to see for real, true tenant protections in Arkansas,” she added.

It’s often not realistic to insist a tenant remain current on rent as a precondition for getting out of a lease, Pritchard said. If a rental unit is rendered livable unlivable at the end of the month, the tenant may have to choose between paying rent on the uninhabitable property or paying for another place to house his or her family.

“What if the electricity goes out or the plumbing backs up, and its day 31, and they have to decide whether to pay rent on the first of the month or go into a motel? … In this bill, we’re only talking about situations that make the property unfit for human habitation … So to make them be current on their rent — it seems like you’ll have families that will continue to be stuck or will face significant financial recourse for moving out.”

HB 1410 will return for another vote later this week or next week, supporters of the bill said. The roll call vote was 10-5, with several members not voting; a bill requires 11 votes to be passed out of committee. Several members were not present on Monday.