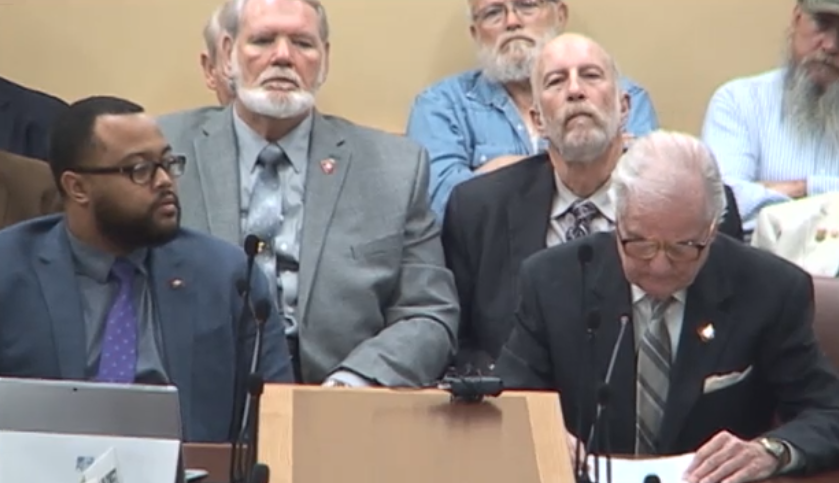 Rep. Charles Blake’s bill to rewrite the explanation for symbols on the Arkansas flag to strike a reference to the Confederacy again was defeated this morning by the House State Agencies and Governmental Affairs Committee.

Blake tweaked the original version of HB 1487. The star above “Arkansas” on the flag now would be said to represent the United States. The three stars below would represent France and Spain, which once controlled the land that is now Arkansas and the native American tribes that once lived here. Both the original bill and this replace the designation of the top star as representing the Confederacy. Previously, he proposed to replace the top star, currently representing the Confederacy, with a statement that it represented Indians. In the new version, the U.S. symbolism would be on top and Indians in the row of stars below.

Blake again explained that the star for the Confederacy was designated in 1924.

The first flag, in 1913, had three stars for France, Spain the United States. In 1924, at the height of the Ku Klux Klan’s political power and amid a time of continuing lynchings, the legislature approved a design with four stars, including one for the Confederate States. It was sponsored by a Klan member. Blake said it could be argued the star symbolized white supremacy more than the Confederacy, given its addition 60 years after the Civil War.

Blake said his bill would be a “course correction” and a symbol of inclusiveness.

He said the bill would cost nothing and change no history. Its past as a member of the Confederate states won’t change. But he said the governor was correct in saying the state shouldn’t honor “rebellion” on the Arkansas flag.

The committee, which defeated the bill earlier, had no questions for Blake. Since the defeat of the bill Gov. Asa Hutchinson and others have joined in support of Blake.

Testimony included repeat opposition from Confederacy supporters who’ve made regular trips to oppose Blake’s bill and past bills to end a state holiday for Robert E. Lee. Robert Freeman of Hot Springs, one of the opponents, made the point that the design of the flag is meant to resemble the Confederate flag. Freeman also objected to including Indian symbolism because they were “vicious, murdering savages.” Would anyone on the committee, he asked, want to pay tribute to people who contributed “nothing to our civil service, our court system, law enforcement or educational systems.”

John Bowers, a newcomer to Arkansas from Minnesota, said the change would “dishonor” those who served for the Confederacy in the Civil War. He said if slavery was an issue, the legislature should consider that France and Spain also engaged in slavery.

Former Republican legislator Loy Mauch of Bismarck opposed the bill, too. Those who fought for the Confederacy fought “on the right side of our founding documents,” Mauch said. There was no rebellion, he said. “The federal government had no authority to wage war on the states,” he said. He recited a people — namesakes of Arkansas county and presidents among them — who once owned slaves.

Others refought the reasons for war, with one lauding Arkansas for engaging in self-defense and a fight for freedom, with the star representing those who fought. Nick Fitzpatrick, a leader of the Sons of Confederate Veterans, objected to re-examining history under a “modern-day microscope.” It’s an “affront to the education of history.”

Only a Green Party representative spoke for the bill.

Blake closed by emphasizing that it was important to know who added the symbolism to the flag in 1924 — white supremacy, hate segregation were “the mindset of the Ku Klux Klan members sitting here then.”

“We can do better,” Blake said. He also invoked state development. He said it would improve the state’s perception in the world.

Committee debate after public comments limited. Rep. Doug House of North Little Rock noted there’s little in federal law explaining the symbolism of the parts and colors of the U.S. flag. “You can believe whatever you want to believe,” he said. He said the problem with the bill was telling people what to think. “Mean whatever you want it to mean.” That’s what the legislature should have done in 1924.

Rep. Les Warren (R-Hot Springs) spoke of progress since the Civil but said he would do with “full respect” for the black people with whom he serves. My vote has nothing to do with race but everything to do with reminding us how far we’ve come.” He said he wants to work on things that don’t divide.

The bill failed on a voice vote and then on a roll call vote. The vote wasn’t announced. From what I could hear on the broadcast, the handful of aye votes came from Democrats on the committee. 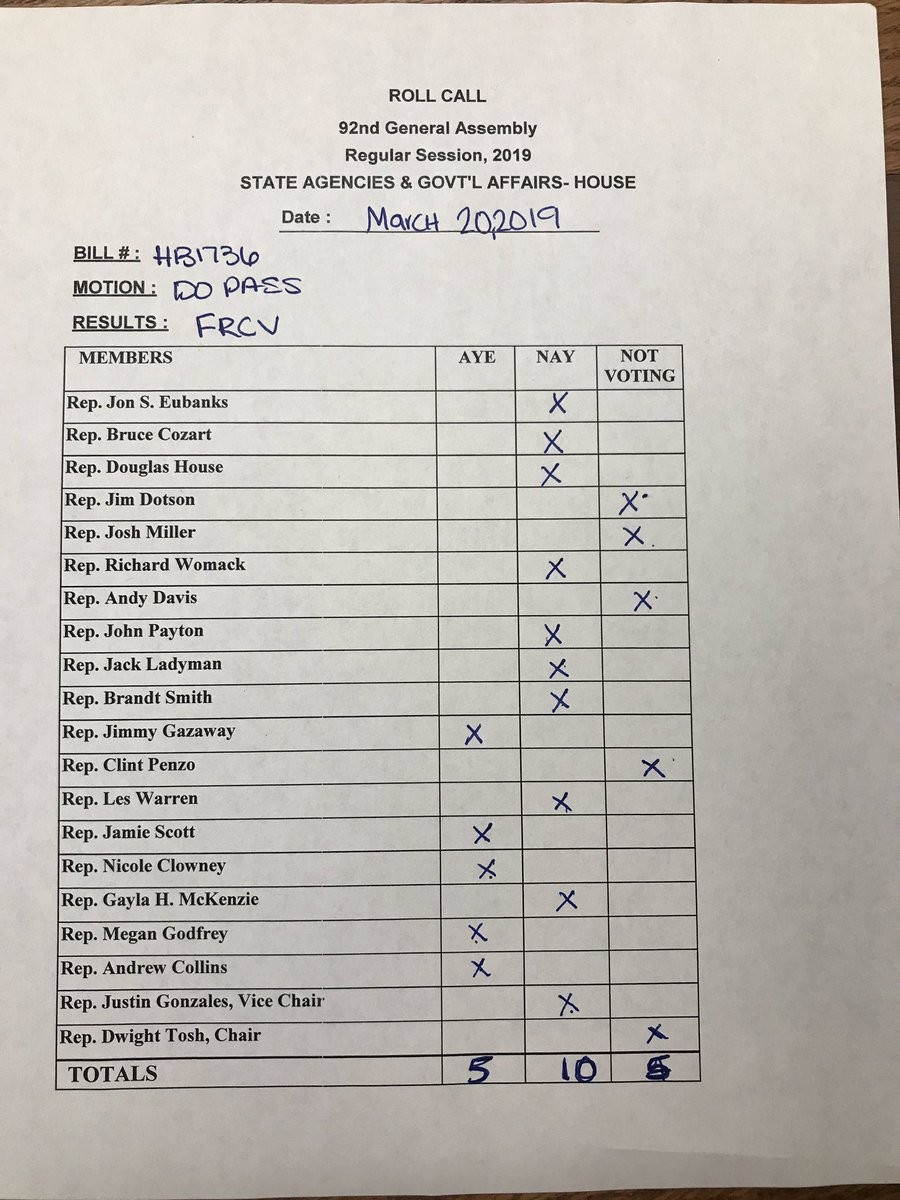 world economic prospects. This is Arkansas. Or should I say Trumpansas?

“I continue to support this legislation, and I am certain it will come back up for debate in future legislative sessions. My hope is that someday we can have a flag with symbolism that unites the whole state.”