Keith Humphrey was sworn in this morning as Little Rock police chief. He succeeds Kenton Buckner, who left the department after four years in November to become chief of police in Syracuse, N.Y.

Humphrey, formerly police chief of Norman, Okla., was selected for the position by Mayor Frank Scott Jr. after the four finalists for the position met with community members at a series of public forums. At Scott’s announcement of Humphrey’s selection in March, the mayor said his choice to hire Humphrey for the position was the most important decision he’s made this year, saying Humphrey’s “focus on crime reduction through community policing” and his “understanding of cultural competency” were key factors in the decision.

Today, Scott again told attendees gathered in the Board Room at City Hall that Humphrey’s hiring was a decision made in the interest of “community trust [and] community relationships,” saying the chief is a “man of integrity” who has a purpose to ensure Little Rock rebuilds trust between its law enforcement and communities.

“Trust starts here,” Scott said. “Trust starts at the top with our new chief of police, and we want to make certain that everyone knows that in the city of Little Rock, public safety is our No. 1 priority.”

Humphrey’s wife, Pamela, held the Bible upon which Humphrey swore during his oath of office. His daughter Kiana stood with the chief as well.

Humphrey spoke briefly after his swearing-in, beginning by saying “This is home.”

“I’m ready to get started,” Humphrey said. “That is why I wanted to get here as soon as possible. … We’ve got a lot of work to do. … Whatever is fractured, we’re going to fix. I can promise you that. I’ll never lie to you. I’ll always be honest. You may not like some of the things I say, but I will do it . I will do it very professionally. I will listen.” 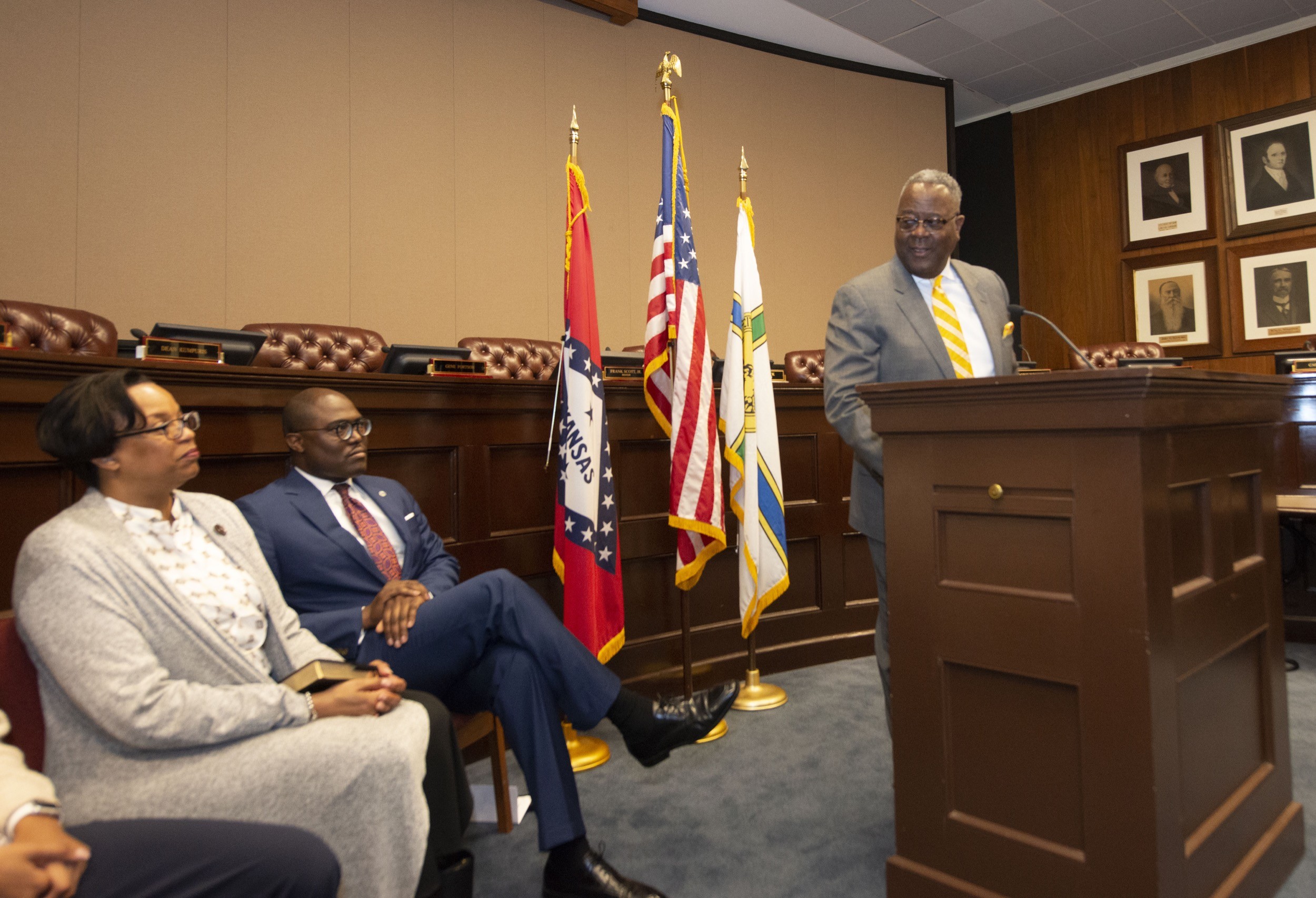 Humphrey added that he’s “very humble” and lives by three words: “humility, faith and confidence.” He thanked his wife and his two daughters, Kiana and Briana, and again said that being hired as Little Rock’s chief of police is a “dream come true.”

Scott ended the ceremony by announcing there will also be an official change of command ceremony on Sunday, April 28, because “we really want to make certain that everyone understands this true change of command and pay our due respect to Chief Wayne Bewley, who’s been our interim chief and has done a great job.”

The mayor said Bewley has been a large help in navigating “some unseen waters” during Scott’s first 105 days in office.

“I don’t think I would have been able to navigate those [waters] without Chief Bewley, so I just want to make certain I publicly say thank you,” Scott said.

The official change of command ceremony will take place at 5 p.m. on Sun. April 28 at the Robinson Center’s William Grant Still Ballroom.