UPDATE: New Police Chief Keith Humphrey is on the scene talking to protestors. 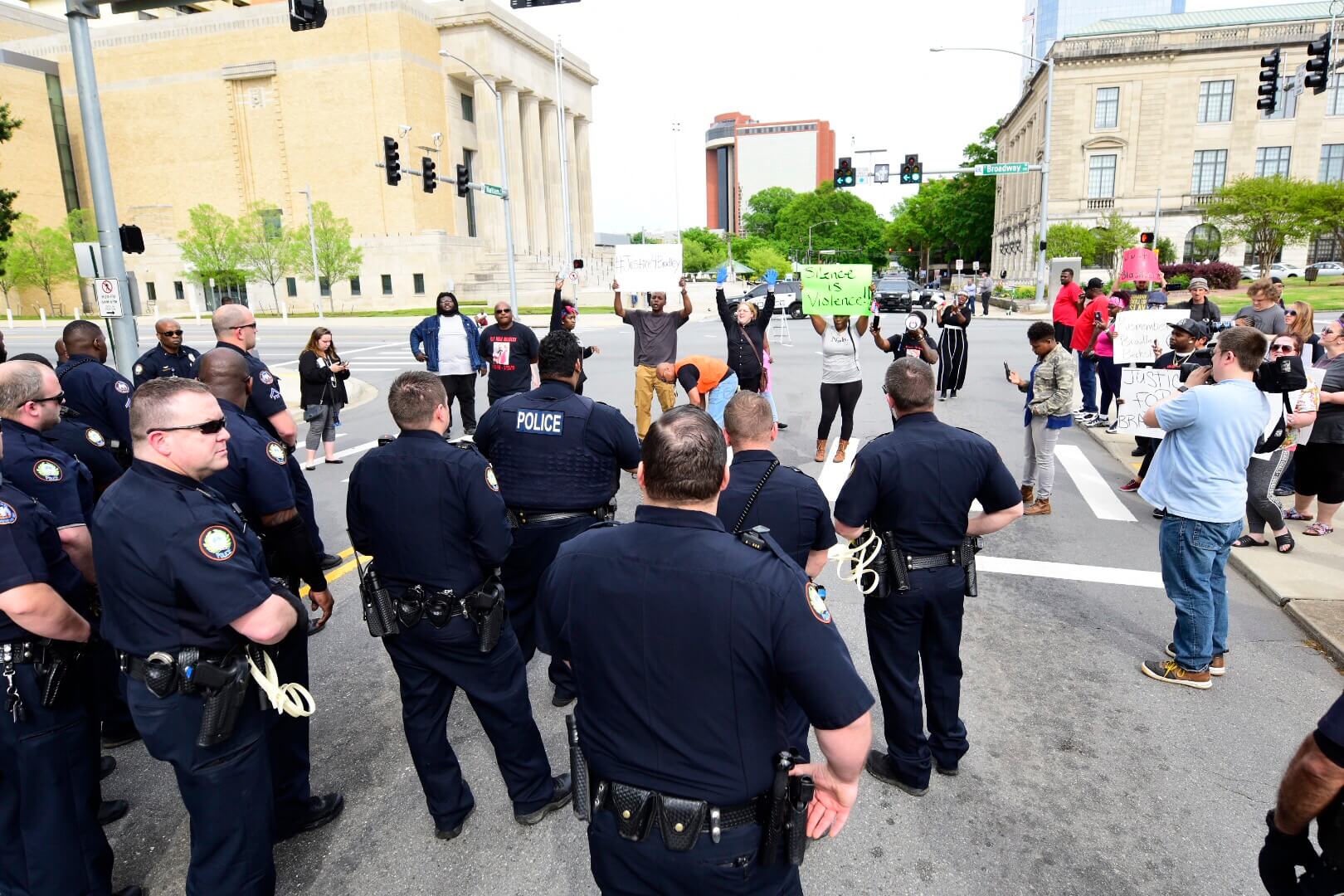 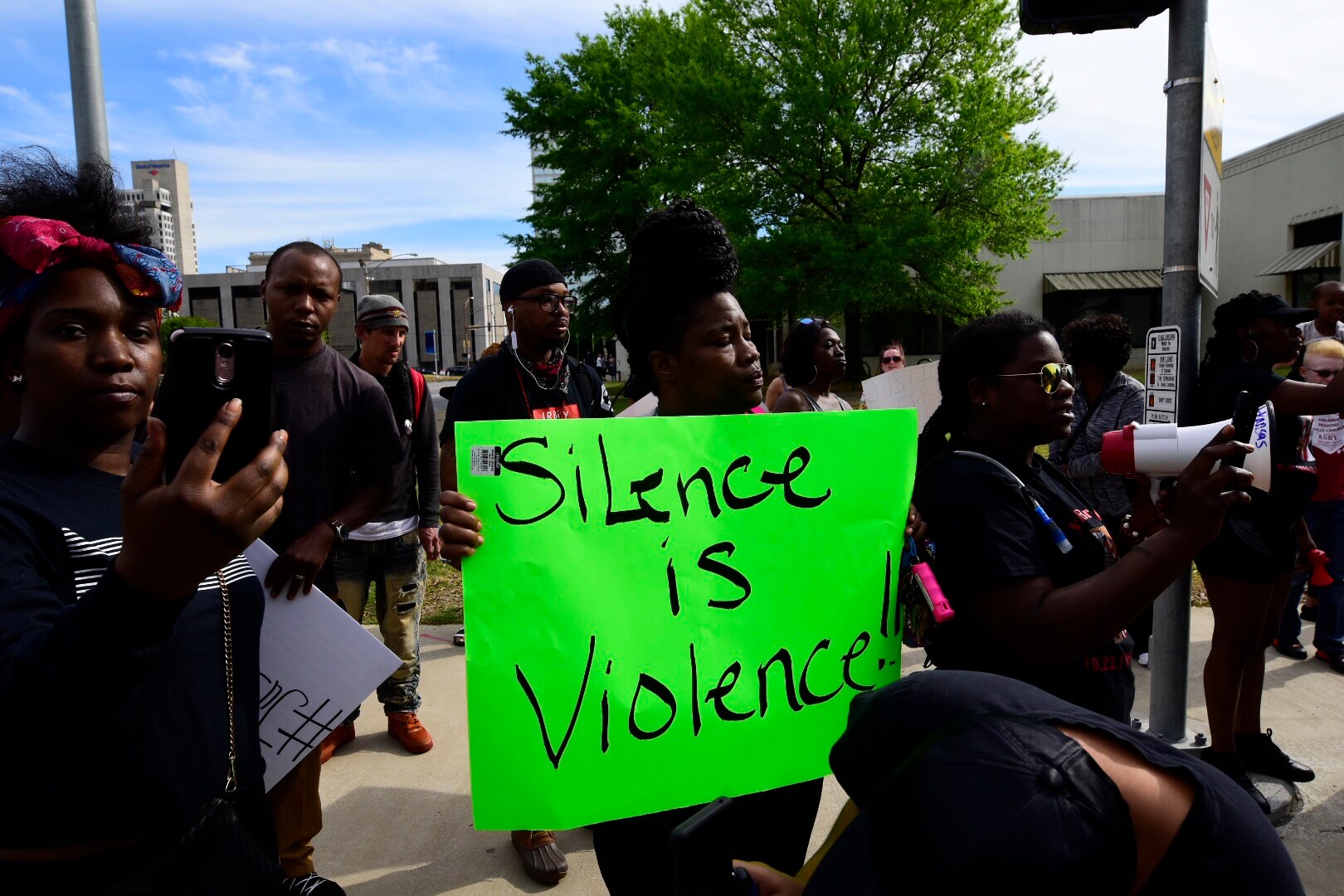 UPDATE II: The street is now open. Humphrey asked protestors for a few days to days to review the case, the Times Brian Chilson reports. Protestors said if there wasn’t movement soon they’d continue protesting throughout the city.

In the spirit of transparency, I believed it was important to meet with those assembled and discussed their concerns today at the intersection of Markham and Broadway. As you are aware, the Bradley Blackshire case has been a discussion in our community.

Today I was able to speak with the Blackshire family and hear their concerns about the case. I respect their concerns, but encouraged them to allow due process. At the assembly, we discussed the concerns for a Review/Advisory Board, Body Cameras, and meeting with the Department of Justice.

Realizing the importance of the concern for police body cameras, our department has explored this software in the past. Recently, we have submitted a request for proposal for body cameras. In the near future I plan on meeting with the Department of Justice to discuss the appropriate Citizen Review/Advisory process for the citizens of Little Rock.
The members of the Little Rock Police Department respect the 1st Amendment Right for peaceful protest. As always, we will continue to work with our citizens.