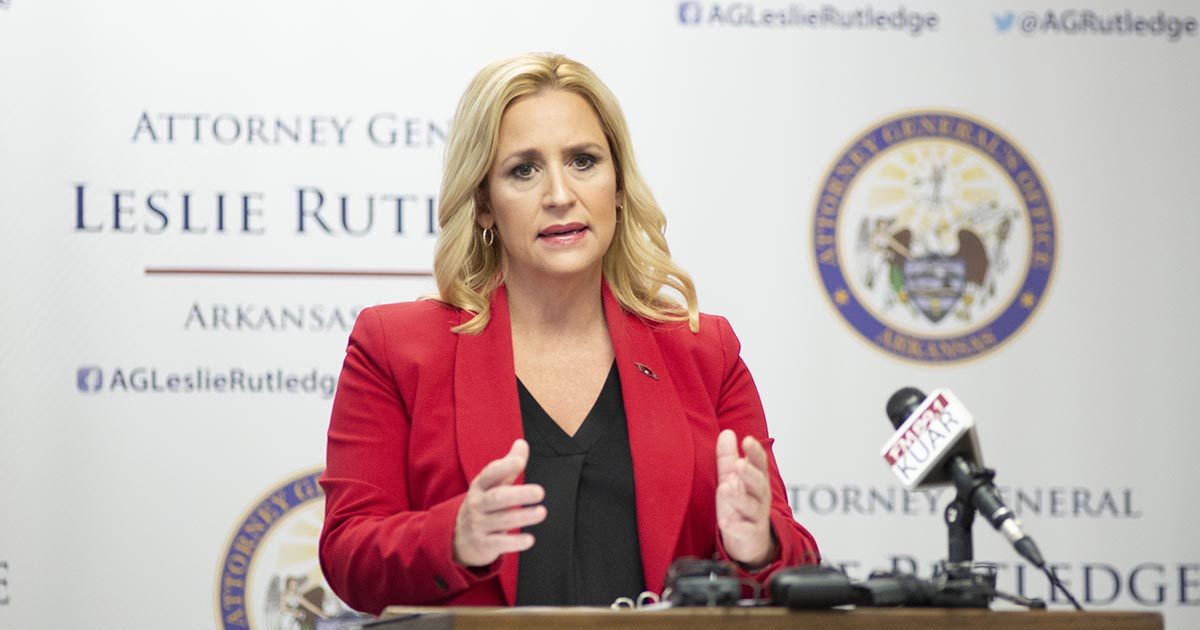 FIGHTING THE OPIOID CRISIS: In what she called the “next step” in combatting Arkansas’s opioid crisis, Attorney General Leslie Rutledge announced the state has filed a lawsuit against three opioid distributors.

Rutledge said the state wants the companies to identify and stop suspicious shipments of the drugs and for financial damages.

According to Rutledge, these three wholesale distributors control 85 percent of the national opioid market share and collectively make more than $375 billion in annual revenue. Rutledge said the state is not seeking any specific dollar amount in damages in the lawsuit, but if the state receives a judgment or reaches a settlement with the defendants, that money would be put back into the state.

While Cardinal Health, McKesson Corporation and AmerisourceBergen Drug Corporation are the only companies directly named in the lawsuit, Rutledge said it is possible that other distributors will be added to the lawsuit. Fourteen other states and one U.S. territory are also currently pursuing lawsuits against opioid manufacturers and distributors, including the three companies named in Arkansas’s lawsuit, but she said Arkansas does not plan on joining those lawsuits.

“We have such a small state,” Rutledge said. “We’re number two in the [national] prescribing rate [for opioids], [and with] the number of deaths that we’ve seen here in the state, the number of addictions, we do believe it’s important for Arkansas to stand alone and take on these companies so that way we are not swamped in with larger states with higher populations.”

According to the attorney general, in 2016, opioid distributors placed nearly 236 million pills into Arkansas, which has a population of 3 million.

The lawsuit says the defendants “intentionally continued” their conduct of failing to “monitor, detect, investigate, reject, or report suspicious orders” with the knowledge that by doing so, they were “creating the opioid nuisance and causing… harms and damages.”

Last year, Rutledge filed a lawsuit against drug manufacturers Purdue Pharma, Johnson & Johnson and Endo Pharmaceuticals for misleading the public on the dangers of opioids. Today she told reporters that the lawsuit with the manufacturers is in the “discovery phase.”  In that case, a turf battle between Rutledge and cities and counties broke into the open. All the counties in Arkansas and 15 cities had already sued opioid manufacturers in state and federal court but Rutledge didn’t want to work with them. State cooperation was needed for the counties’ state court suit to proceed. It is still pending in Crittenden County.

Asked whether Arkansas plans on attempting to hold pharmacies accountable for their role in the opioid supply chain, Rutledge said the state is “not going to close any doors, whether it’s the specific manufacturers, specific distributors, doctors, whomever in the chain that has increased this problem in our state, in our country.”