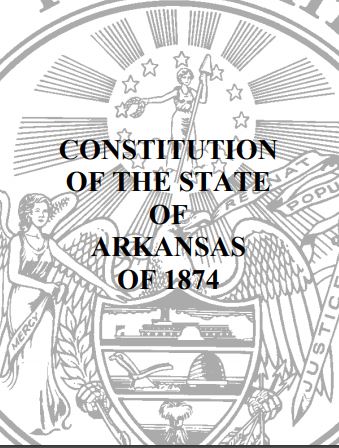 The Kansas Supreme Court today ruled that the state Constitution protects a woman’s right to abortion, a decision that will drive a push to amend that state’s constitution.

The case has some relevance to Arkansas. From the NPR account of the Kansas ruling:

The decision, in which one of the seven justices dissented, cites in its first sentence the first section of the Kansas Constitution’s Bill of Rights: “All men are possessed of equal and inalienable natural rights, among which are life, liberty, and the pursuit of happiness.”

The decision continues: “We are now asked: ‘Is this declaration of rights more than an idealized aspiration? And, if so, do the substantive rights include a woman’s right to make decisions about her body, including the decision whether to continue her pregnancy? We answer these questions, ‘Yes.'”

Similar language appears in the Arkansas Constitution, adopted in 1874. From Article 2, the Declaration of Rights:

§ 2. Freedom and independence.
All men are created equally free and independent, and have certain inherent and inalienable rights; amongst which are those of enjoying and defending life and liberty; of acquiring, possessing and protecting property, and reputation; and of pursuing their own happiness.

However, in 1988 voters adopted Amendment 68 to the Arkansas Constitution to prohibit expenditure of public money on abortions. It also said: