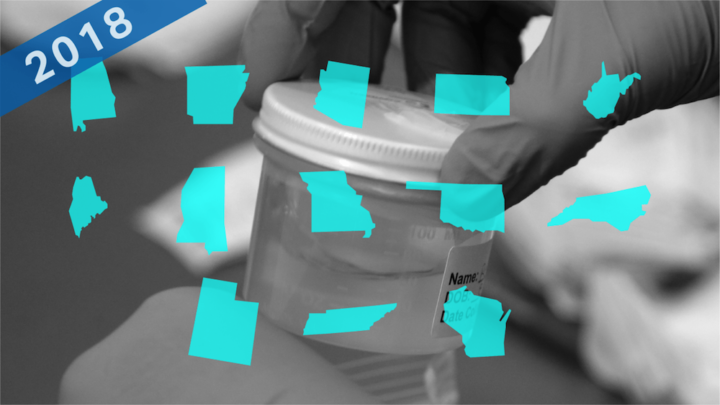 Think Progress reports on the results of 13 states, including Arkansas, requiring drug testing for recipients of a welfare program known as Temporary Assistance for Needy Families. It’s a waste of money.

In total, the states required more than 260,000 people to submit to drug screening or testing as a condition of receiving Temporary Assistance for Needy Families (TANF), which provides cash assistance to low-income people. In some states, not one person tested positive.

Arkansas spent almost $15,000 and turned up two people who had positive drug tests.

Of the 16,460 Arkansans who applied for TANF benefits in 2018, just six were referred for drug tests. According to the Department of Workforce Services, three people were rejected after refusing to take the test or failing to show up. Of the three applicants who were tested, two were positive.

The tests and staffing cost the state a total of $14,985 — about half the cost of the previous year.

The state legislature made the requirement permanent in January 2017, after the bill’s sponsor called the 2016 pilot a success and noted that the roughly $30,000 annual price tag was much lower than the $1.2 million cost some predicted. But in 2016, 2017, and 2018, the result has been the same: just two positive tests per year.

Such tests assume people who need federal assistance are more likely to misuse drugs than the general public — which advocates say amounts to shaming people who just need a little more help.

“It’s certainly not about helping people with substance misuse problems — it is about stigmatizing,” said Liz Schott, a senior fellow at the Center on Budget and Policy Priorities, a nonpartisan research institute that works to reduce poverty.

Most people who qualify for expanded Medicaid ARE working, though sometimes they find it difficult to find permanent employment. The poor — and everyone else — eat lots of processed food and other unhealthy stuff The poor, however, often live in food deserts where access to full-service grocery stores with fresh produce is not easily found.  And so on. But politicians grind the needy rather than reaching out to them, all the while proclaiming this is a Christian state (though it reserves the right to discriminate against those of different religions, ethnicity, sexual orientation and social status.) Jesus wept.