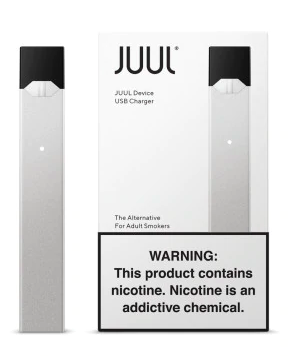 DANGEROUS: The product can be hazardous, as its ads note. Its lobbyists also hold peril in state legislatures.

The New York Times reports today on the trickery of the tobacco lobby in advancing the cause of e-cigarettes and vaping, including recent legislation in Arkansas.

Using the Trojan horse of proposals to increase the legal age for purchasing tobacco and vaping products to  21, the tobacco lobby has been working to build in poison pills useful to the industry. Wrote the Times:

The company’s 80-plus lobbyists in 50 states are fighting proposals to ban flavored e-cigarette pods, which are big draws for teenagers; pushing legislation that includes provisions denying local governments the right to adopt strict vaping controls; and working to make sure that bills to discourage youth vaping do not have stringent enforcement measures.

Though Juul supports numerous state bills that would raise the legal age for buying vaping and tobacco products to 21, some of those bills contain minimal sanctions for retailers. Others fine only the clerks and not the owners for violations.

One of the great untold stories of the 2019 session of the Arkansas legislature (except on the Arkansas Blog) was the influence of the tobacco lobby. The great irony was how the tobacco lobby co-opted UAMS and the cancer-fighting establishment to pass tobacco-helping legislation in the name of cancer research.

I refer to HB 1575 by Rep. Andy Davis and Sen. Jonathan Dismang to provide funding for a cancer research institute at UAMS. It was a Christmas tree for the tobacco lobby, not particularly surprising given that one of the tobacco lobbyists once worked in the Senate for Dismang.

The New York Times noticed, if many in the local media did not.

In a series of interviews, Lindsay Andrews, a spokeswoman for Juul, said the lobbyists were primarily focused on raising the minimum age for buying e-cigarette and traditional tobacco products to 21 from 18, or in a few states, 19. More than 400 local governments and 14 states have already done so, eight of the states this year.

Juul says it prefers that T21 legislation does not have added provisions. But it worked to help pass a T21 law in the Arkansas Legislature, for example, that would also block local governments from enacting new rules regarding the manufacture, sale, storage or distribution of tobacco and vaping products — including restrictions on flavored products.

The Arkansas legislation indeed imposed a 21 age limit. But read it closely. It put off full effectiveness for better than two years. If you turn at least 19 before the end of this year, the legislation exempts you. Also anyone in the military.

The legislation does have a local ordinance pre-emption provision, so beloved of the Arkansas legislature when local governments do things the broader special interest groups don’t like. Several cities had begun blazing a path to limiting tobacco and vaping purchases by youth. Vaping, particularly, is a rapidly growing business for tobacco companies. You can’t pick up the daily newspaper without seeing ads for Juul, loudly proclaiming its support for an age limit while working to de-fang the law in other ways and juice sales.

The joke was that the new money provided for UAMS did NOT come from the tobacco lobby. No, it will primarily come from the tax on medical marijuana and on cigarette rolling papers (more used for marijuana than tobacco, I’d guess).  Vaping got off scot-free; just the state sales tax applies. The tobacco lobby killed bills to impose significant new taxes on tobacco and vaping products. It also killed a straight T-21 bill that included no phase-in of the older age limit. At a time when some other states are imposing big new taxes to discourage unhealthy habits, Arkansas didn’t just stand by silently, it actually helped the tobacco industry.

One final demonstration of the tobacco lobby’s might was a bill jammed through in the final hours of the session, almost without a hearing. It was a 50-page bill, again by Rep. Andy Davis, stripping the Tobacco Control Board of regulatory authority and putting it in the hands of the agency director, himself a tobacco retailer. Among other “technical cleanups” was the elimination of rules providing for health and safety rules in vape shops and childproof packaging. The argument: Well, we are not enforcing this law now, so how about we just drop it? No one in the legislature seemed troubled that a state agency declined to enforce a law.

The tobacco lobbyists earned their pay this legislative session.

The most shameful element of the charade was the gagging of anti-tobacco health professionals who depend on state paychecks, ordered away from the state Capitol and silenced lest they derail the tobacco lobby’s train. Some wouldn’t even take phone calls from reporters during the critical period when the tobacco/cancer bill was moving to final passage.