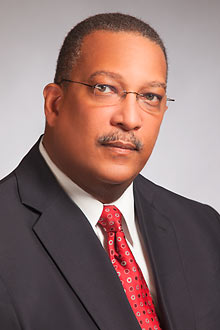 Ron Mathieu, director of the Bill and Hillary Clinton National Airport since 2006, is leaving to take a job as president and CEO of the Birmingham/Shuttlesworth Airport.

The Little Rock Airport Commission, which meets Tuesday, will name an interim while a search is begun for a replacement.

Mathieu was popular with the Airport Commission, appointed by the mayor with City Board concurrence. The airport was renamed during his tenure, saw several renovation and expansion projects and has coped with the loss of a major tenant and addition of some new ones.

The Little Rock Municipal Airport Commission has received notice from Ron that he plans to resign effective May 31. We are extremely appreciative of Ron’s service. The Commission and Staff will sorely miss his leadership that has led to the biggest transformation in our airport’s history. During Ron’s 13 years in Little Rock, the airport has become debt free while undergoing nearly $100 million in terminal improvements, increased passenger satisfaction levels, expanded aviation manufacturing and generated billions of dollars in economic impact.

In the coming dAYs, the Commission will discuss who will lead the Airport during an interim period as we begin the search for a new executive director.

The Alabama airport issued this news release about Mathieu’s hiring. He goes to work June 17. His pay there has not been announced, according to a local news account. But he’s replacing a retiring director who had a base salary of $398,000, plus bonuses. The previous director retired in January 2018 and an interim has served since.