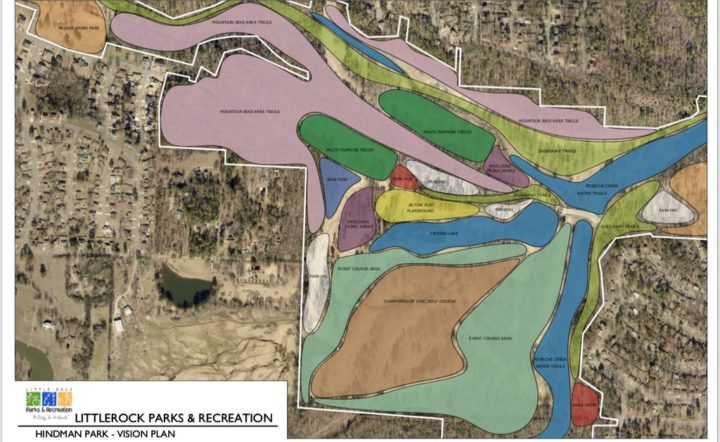 The ax fell as expected at the Little Rock City Board last night on the Hindman Park and War Memorial Golf Courses, wiith promises from Mayor Frank Scott Jr. of new uses of that parkland by more people.

He distributed some concepts, yet to be decided by a task force and further discussion. Bike and water trails, picnic areas, youth sports, a potential zoo expansion and more are all attractive ideas.

The city is going to “reinvest” in the First Tee golf course, established by billionaire Jack Stephens to encourage poor kids to take up golf. It was supposed to be a self-supporting nonprofit. That didn’t happen. If the city is going to continue to increase its support of that course, I hope part of the deal is that the city actually controls the course. Also: It won’t attract many older players without cart paths, which cost money.

Speaking of money: “Repurposing” the golf courses will cost money, too. That is in short supply these days. Also, it’s worth noting that ending golf, which covered about two-thirds of its cost, will mean going to a pure park operation that produces virtually no revenue at all. That’s OK, of course. But it was always something of a false argument to say golf didn’t pay for itself. No city service operates at a profit.

I’m happy no sports bar/cum lighted driving range is part of the reimagining.

My thought and it’s an expensive one: Reconfigure War Memorial Stadium. Razorback football days are all but over. Let’s reduce the stadium footprint and set it up for soccer as well as the occasional high school football game, maybe even track and field. Maybe keep 20,000 or so seats. Get some more green space where we now have asphalt parking lots. Since UAMS is mowing down blocks of homes on the east side of its campuses, it ought to be able to shift some of the daily parking over there. 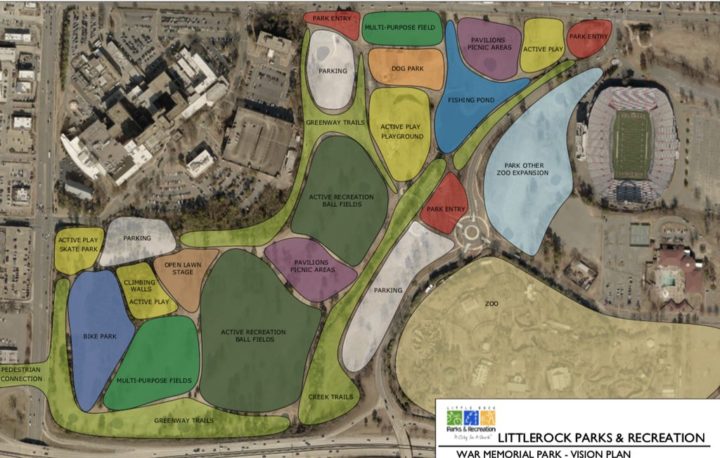