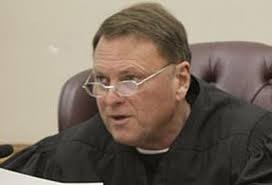 Circuit Judge Chris Piazza today issued his formal order that the Ogles Law Firm should be paid $323,266 in attorney fees for successfully representing Mike Wilson of Jacksonville in his challenge of the unconstitutional scheme by which legislators doled out millions in General Improvement Fund (surplus) money to pet local projects.

Wilson challenged only the $2.9 million sent to the Central Arkansas Planning and Development District for use as directed by local legislators. It managed to spend $2 million of the money before Wilson’s challenge halted the spending.

Attorney General Leslie Rutledge has been fighting to save the money for legislative use. I’ve asked her office if it will appeal Piazza’s ruling, which he’d announced from the bench June 20.

The Arkansas Supreme Court agreed with Wilson that the legislative scheme was unconstitutional. It also agreed that attorney fees could be paid, but sent the case back to the judge for a hearing on whether the amount was reasonable.

He said John Ogles was an experienced lawyer and had prevailed. He said time sheets weren’t available for the substantial amount of time Ogles had invested in the case, but noted a private lawyer, Sam Jones, had billed the CAPDD for 600 hours of work on the case at $350 an hour. He said Ogles’ one-third contingency fee arrangement was normal for such a case.

The judge said the amount remaining in the court registry — about $970,000 — to be paid to lawyers or returned to taxpayers was relatively small, but the overall amount involved was “astronomical,” only a small part of the tens of millions misspent statewide. He wrote:

The future amounts of money that could have potentially been spent that have now been curtailed by this lawsuit must also be taken into account. Further, Mr. Ogles prevailed on his claim, obtaining a result that reaches far greater than this particular case.

Piazza didn’t depart from two other decisions he’d announced from the bench — there’d be no interest on the fee pre-judgment and he made no ruling on whether the state had standing to object. The money comes from the CAPDD allotment and it has withdrawn from the case.