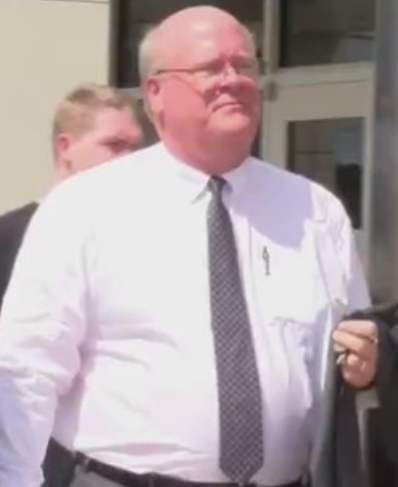 ROBERT ROOK: In KARK photo from his first trial.

KARK reports that the state has dropped the sexual assault case against Dr. Robert Rook, accused of sexually assaulting patients, after a remaining witness was unable to testify today.

A jury was chosen Wednesday and the state and defense made opening statements, with the defense challenging the credibility of the state’s witness.

Rook, 64, went on trial on 16 charges from nine women in May 2018. He was acquitted on eight charges and the jury hung on eight other charges. Since the retrial had begun when the state made the decision not to continue, the charges cannot be refiled.

The Log Cabin Democrat outlined the opening arguments in an article yesterday.

The Log Cabin reported further today about the decision by prosecutor Jason Barrett to drop the case:

As the trial was scheduled to resume Thursday morning, Barrett ultimately moved to dismiss the case because the key witness “was not in any condition to testify.”

While the woman “still stands by her allegations,” prosecutors were forced to drop the case against Rook.