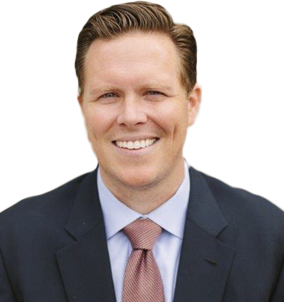 Dak Kees, U.S. attorney for the Western District of Arkansas, has scheduled a 1 p.m. news conference today in Springdale to discuss the arrest of Paul Petersen, an Arizona county official who’s accused of participating in an adoption fraud scheme.

Petersen, the Maricopa County assessor, also operates a law firm specializing in adoption. He was arrested Tuesday evening and his home searched. A report in the Mesa News said:

According to the Attorney General’s Office, the raids are related to a multi-state investigation, arrest, and criminal indictment involving Petersen and another person — Lynwood Jennet. Petersen also faces charges for related offenses in Arkansas and Utah.

According to the indictment, Petersen and Jennet face 32 counts, including conspiracy, fraudulent schemes and practices, theft, and forgery.

There have been several arrests in Arkansas this year related to a scheme in which pregnant women from the Marshall Islands were brought to the U.S. to deliver and their children then were fraudulently adopted. A Springdale woman was charged last week.

UPDATE: Here’s the news release issued after the news conference in Springdale:

According to the Indictment, Petersen is a licensed attorney who practices law in Arizona, Utah, and Arkansas.  Beginning in 2014, Petersen devised a scheme to defraud and obtain money and property from unknowing adoptive parents and others.  He paid pregnant Marshallese women large sums of United States currency to induce them to travel to the Western District of Arkansas and to put their babies up for adoption in the Western District of Arkansas.  He purchased airline tickets for them and caused them to conceal their true travel purpose from the authorities in the Republic of the Marshall Islands (RMI) and the United States.

In furtherance of this scheme, Petersen caused adoption case files to be opened that were supported by documents containing fraudulent material false statements.  He caused these court documents to be filed in the Circuit Clerk’s Offices in Washington and Polk counties and further caused case documents to be sent through the U.S. mail to government offices in Little Rock, Arkansas.  Petersen is alleged to have intentionally concealed his involvement in the payments and conducted wire transactions to transfer more than one million dollars into a bank account.

The Indictment charges that Petersen, for the purpose of commercial advantage and private financial gain, encouraged and induced three RMI citizens to come to, enter, and reside in the United States when he knew it to be in violation of the law.  Petersen conspired to cause them to make false claims to government officials and further conspired to transport and move them within the United States.  The Indictment also charges that Petersen conducted wire communications in furtherance of his scheme to defraud and conspired to conduct financial transactions involving the proceeds of the aforementioned unlawful activities.