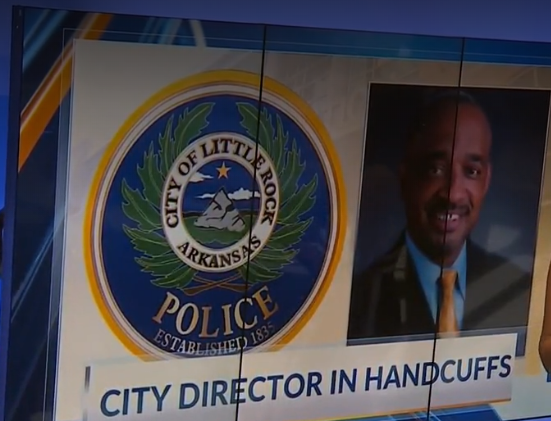 City Director Ken Richardson is in trouble with Little Rock police, charged with obstruction of government operations. By his account, he was arrested for not following an officer’s orders when observing the officer’s encounter with someone else.

Richardson had just left an event and was getting gas at Kroger on Colonel Glenn when he noticed a young man and an officer in an alley of a nearby strip mall.

Richardson says the officer walked up to him and said that he couldn’t interfere with the interrogation.

Richardson told the officer that he was just watching.

Richardson said that he would call the chief, and after that the officer detained him.

Richardson was in the car for about 20 to 30 minutes. He said that he never yelled, cursed or approached the officer in the first place.

“It was embarrassing, it offended me,” says Richardson.

“Hopefully there will be a full investigation,” say’s Richardson.

I’m seeking a copy of the police report. The time of the incident is not immediately clear. No charge against Richardson is currently reflected on the Pulaski County court website.

Richardson, who is black, has had tension with police before. For one thing, he’s been among those who’ve questioned past policing practices in his ward (random traffic stops of black residents) by a predominantly white force, the majority of whom don’t live in Little Rock. In 2010, he complained of rude treatment by a white officer who questioned him about why he was wearing a golf shirt with an LRPD logo. The police union said he’d have been treated more courteously had he not been sarcastic to the officer. Richardson also has been arrested on a DWI charge.

By the way, the officer who arrested Richardson is wrong if quoted correctly by Richardson. You MAY video a police officer at work in a public place. You may also be required to move out of the way of police activity so as not to obstruct it or endanger yourself, according to guidelines from the ACLU of Arkansas.

UPDATE: The LRPD has stonewalled my request for information to three officers and the chief. KATV, however, has obtained some details that indicte the incident happened about 5:30 p.m. Wednesday.  The officer was responding to a report that a man had been pistol-whipped and robbed on the Kroger parking lot. The officer was talking to a man who resembled the description of the robber when Richardson drove by, KATV said.

The man the officer had been questioning also was arrested for obstructing governmental operations and for outstanding warrants.

Blogger Russ Racop has a video with Richardson about the event. Richardson said a white officer named Sullivan arrested him.