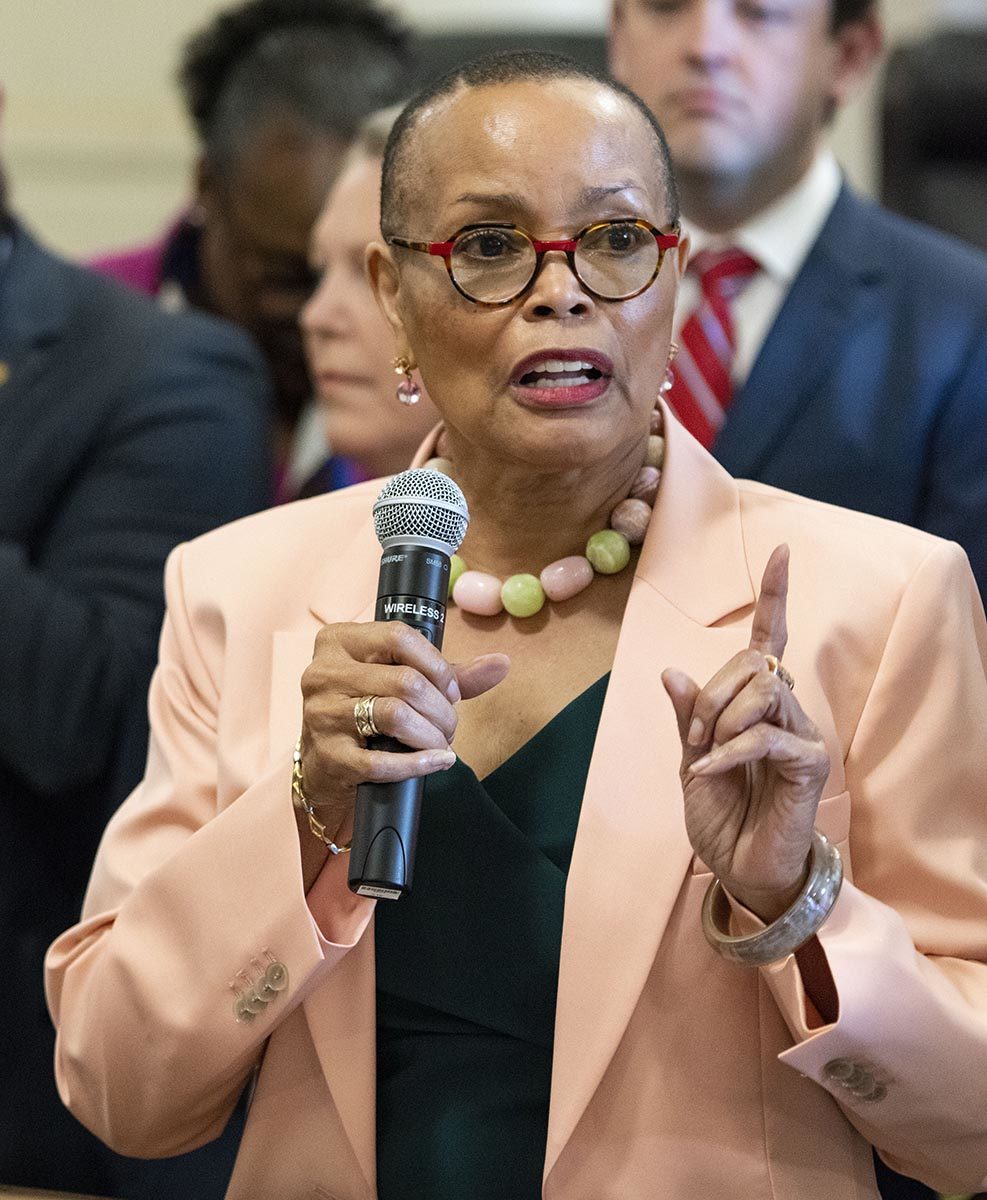 ‘NOBODY LIKES HER’: By a blogger’s account, Senator Elliott’s thoughts weren’t welcome at a charter school advocacy group.

The lesson today ties into the state Board of Education meeting today on the future of the Little Rock School District, reeling from Walton-funded charter school incursions on the district, not to mention other strategies aimed at busting the teachers’ union.

Frye’s criticism of APSRC director Scott Smith management continues, but the key theme is the organization’s focus on a certain kind of school — charter schools — not all public schools. Charter schools are publicly funded, privately run schools, except a handful of public school district conversion charters.

APSRC imakes clear its Walton allegiance in a paragraph Frye quotes from its grant application for Walton money:

APSRC has long been a strong advocate for the improvement of educational policy and advocacy for issues at the core of our work which matches the Walton Family Foundation’s principles of accountability, transparency, choice, and sustainability.

Frye didn’t always find the APSRC transparent and accountable. She reports restrictions on the people to whom she could talk at the legislature and limits on her reports to members about legislative happenings. When she did quote legislators in 2019:

Smith didn’t like this. By the end of the session, he had ordered me to start sending him drafts of stories before I sent them out. He started telling me to cut certain quotes from certain lawmakers and, on one occasion, told me to take my byline off of a story that he considered to be “controversial.”

“I’m just trying to protect you. ”

At one point during the 2019 session, Senator Joyce Elliott, a member of the Education Committee who has actually worked in public schools, called a news conference. I covered it and sent a story out to our members.

The next day, Smith asked why I had quoted Elliott.

“Well, she’s the person who called the news conference,” I said. “It would be kind of weird to not quote her.”

“Well, nobody likes her,” Smith shot back.

During my three years at APSRC, Smith always seemed to be “meeting someone at the Capitol” or “having a meeting with the governor” or “meeting with (ADE Commissioner) Johnny Key” or asking APSRC’s legal staff to draft bills that certain GOP lawmakers were willing to run.

Supporters of a return to local control within LRSD – please hear me:

APSRC wants your facilities. Each year, the organization’s charter director is required to court and bring in potential CMOs. These charter operators always tour the same two cities – Little Rock and Pine Bluff. Sometimes they meander down to the Delta, but they are most interested in Little Rock and Pine Bluff. Again, read the grant application. It’s a road map to Walmartized education.

Meanwhile, APSRC is charged with propping up any failing charters. Why? Because school facilities are a prize to win and keep. Just look at how things unfolded in the Covenant Keepers/Friendship drama. (More on that in another post.)

I’ll end by saying this: APSRC wants your buildings. It wants your students and the funding that goes with them. It does not care if its actions result in re-segregation. It will do everything it can to help the State Board do away with legit unions.

Think of it this way – open-enrollment charters are merely placeholders in the Waltons’ endeavor to dismantle public education.