Be back later. I’m going to join the teachers picket line at a neighborhood school.

One comment: The fake news being pumped out by paid shills and political travelers of the Asa Hutchinson administration is something to behold. They like segregating schools between haves and have nots. Some of them are paid handsomely to push the billionaires’ line. Trust them at your peril just as school supporters learned at the last meeting of the state Board of Education, with the compromise that wasn’t.

UPDATE: A good group of picketers at Pulaski Heights, the school nearest my home. School attendance seemed scant given the small number being dropped off. (And I heard or saw no negative comments or actions toward those who did go to school.) Teachers were joined by children and friends of the district. Lots of supportive honks from cars driving by.  Do I think it will sway the Hutchinson administration, intent on shaping public education to the non-union, non-democratically controlled, segregative vision of the movement powered by the billions of the Walton-Murphy-Stephens-Hutchinson-Hussman junta? No, but I hope the average observer will see the facts: On one side are teachers, children and the vast majority of people in the district affected. On the other side is mostly dollars. 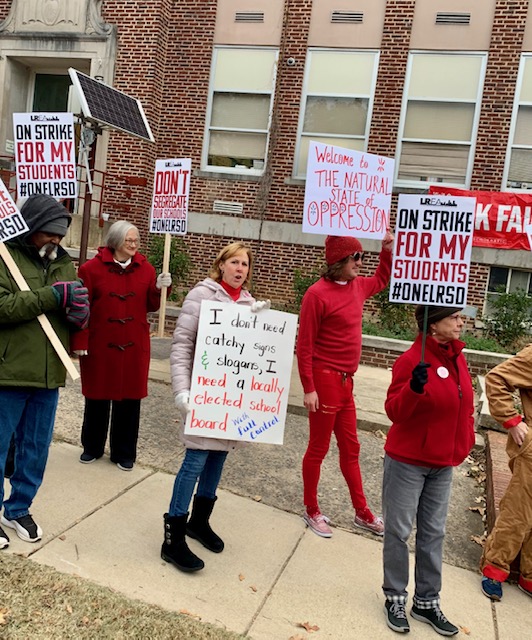