The ongoing U.S. Senate impeachment trial showed its impact on the stretch run of the Democratic caucus campaign as Sen. Elizabeth Warren was unable to make it back to Des Moines in time for her big rally Friday night, which focused on the electability of women candidates — a theme of the stretch run of her campaign here since Sen. Bernie Sanders’ questioning of whether a woman could win came to light just before the last Democratic debate.

Warren’s three national co-chairs — all female members of the House elected in 2018 — set up the event with comments about Warren. Rep. Debra Halaand of New Mexico, C-SPAN superstar Rep. Katie Porter who represents California, but is a native of Iowa farm country and former student of Warren, and “Squad” member Rep. Ayanna Pressley of Massachusetts (the rest of the Squad is in town touting Sanders’ candidacy) all espoused Warren’s gifts as a legislator, listener and policy nerd in their introduction. But, there was no candidate to be introduced at the event held at an old Quonset hut turned event space in Des Moines’s hippish “East Village” neighborhood (actually much like what Little Rock’s “East Village” is hoped to ultimately be). 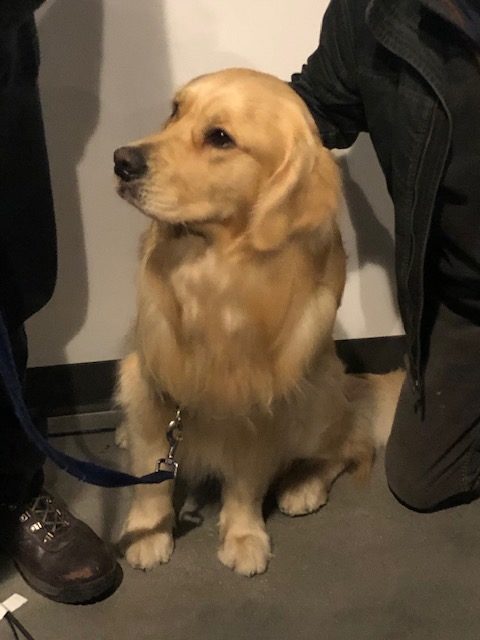 Instead, Warren was late arriving into town from doing her “constitutional duty” in the Senate and “First Man” Bruce Mann briefly filled in for her (although Warren’s dog Bailey — also present — was a bigger draw for attention after the event).
Impeachment has unquestionably disrupted the Iowa contest, keeping leading candidates and political reporters alike in D.C. Originally, it was assumed that the leading candidates liberated from the Senate chamber — Biden and Buttigieg — would be advantaged to capture late-deciding voters. However, observers here feel that they have seemed somewhat irrelevant as activists’ attention has been focused on Washington. Warren arrives in time for a smaller late evening event tonight and her colleagues Sens. Amy Klobuchar and Bernie Sanders are also en route to Iowa for weekend events.