Little Rock Mayor Frank Scott offered the city board of directors a detailed pitch on Tuesday on how his administration would like to spend the estimated $50.5 million per year a new 1-cent sales tax would generate. Scott told the board he planned to put the tax increase plan into a resolution for the board to vote on in late March or early April. Assuming the board approves it (which seems fairly certain), Scott said the measure would go to voters sometime between June and September.

This 1-cent tax increase would be permanent. In 2011, city voters approved a 10-year 3/8-cent sales tax that went into effect in 2012 and will sunset at the end of 2021. Little Rock’s current sales tax rate is 9 percent. If the new tax increase passes, the rate would increase to 10 percent in 2021 (and perhaps a month or two in 2020 depending on when the election was held) and then decrease to 9.625 percent in 2022 and thereafter after the 3/8-cent tax sunsets. Because of that dynamic, city leaders frame this tax proposal as an effective 5/8-cent increase.

Scott said that, once the 3/8-cent tax sunsets, Little Rock would still have a lower sales tax rate than any “peer cities” in Arkansas. His presentation mentioned Fayetteville, Fort Smith, North Little Rock, Searcy, Bryant and El Dorado as among those with rates higher than 9.625 percent.

Improving “quality of life and place” was the big theme of Scott’s pitch.

“Quality of life and place is now the new phenomenon as it relates to economic development,” he told the board. “Many in the millennial generation and Gen Z are now deciding where we want to live first and work second.” He said older people with discretionary income were also thinking about where they want to retire (“Why are you looking at me?” at-large Director Dean Kumpuris joked.)

*The largest chunk of the tax — 33 percent, or $166.75 million, over 10 years — would fund a major overhaul of the city’s parks. Adding facilities and fields to allow Little Rock to draw regional youth sporting events is a focus. The big-ticket items in the parks plan: transforming War Memorial and Hindman parks and building an indoor sports complex, all of which are projected to be completed by 2023. 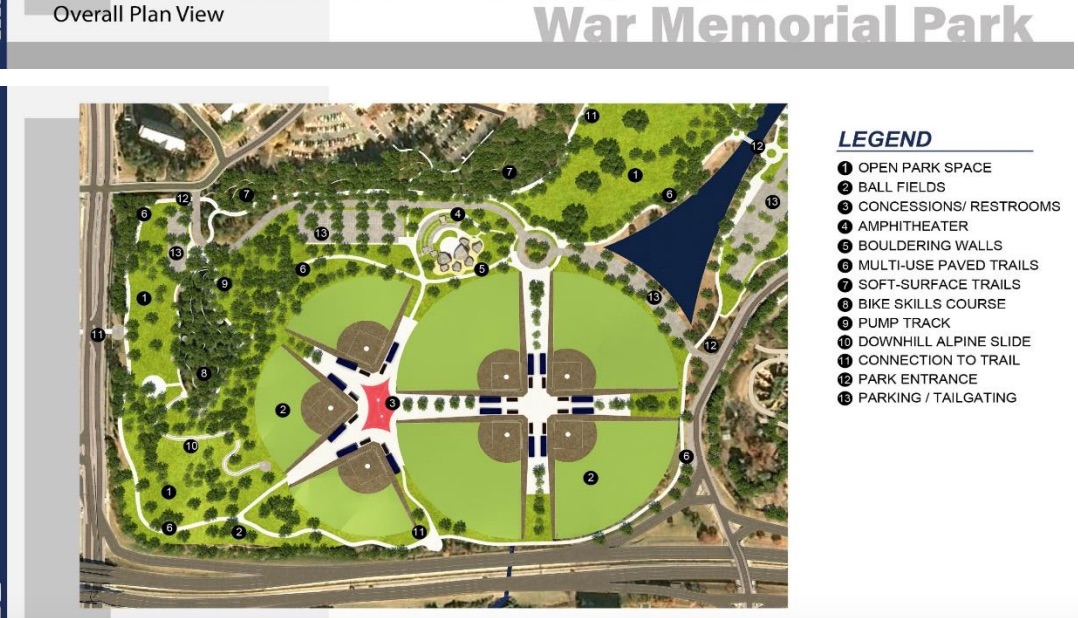 Scott says he wants War Memorial to be as iconic in Little Rock as Central Park, Piedmont Park in Atlanta or The Gathering Place in Tulsa. The plan calls for adding softball/baseball fields, the rental of which is expected to increase city revenue by $421,000 annually; an ampitheater, a bike skills course and pump track, bouldering walls and a connection to the future Southwest Trail. 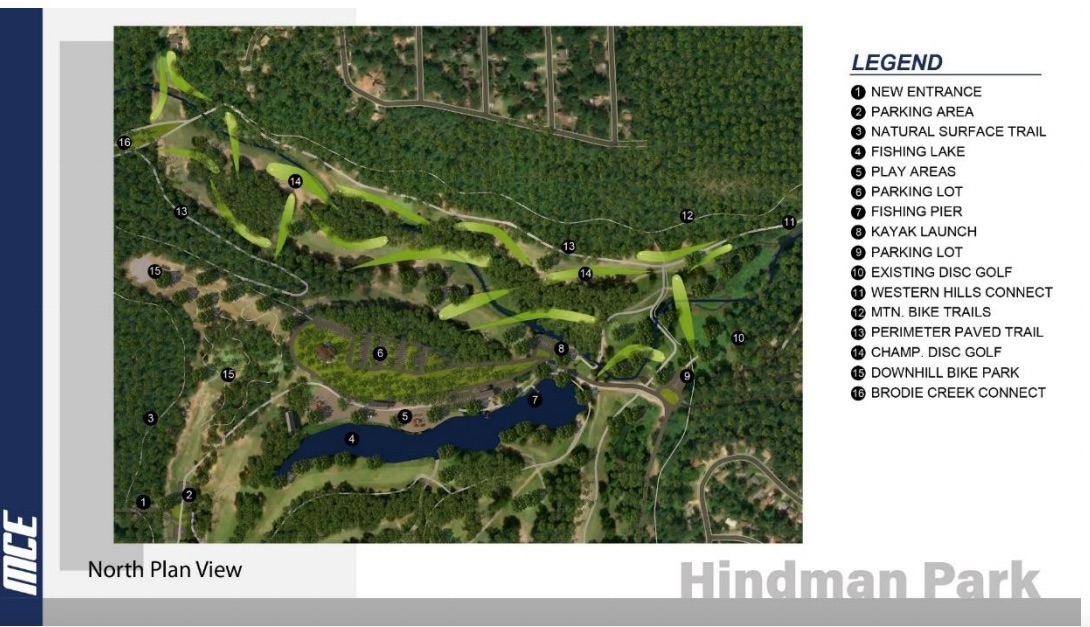 The new vision for the 20-acre Hindman is “an outdoor adventure park” filled with “all kinds of trails,” Scott said, including a downhill bike park. The plan also calls for expanding fishing areas and creating a championship disc golf course.

The plan calls for spending $30 million on capital investments at War Memorial and Hindman. It also calls for spending that amount on developing an indoor sports complex that could host basketball, volleyball, wrestling and indoor soccer. It’s also slated to be completed in 2023 and its location hasn’t been determined, though Scott said War Memorial Park or somewhere along Jonesboro Drive were likely candidates. Director Joan Adcock asked Scott and Parks Director John Eckhart to consider placing it at Hindman or Western Hills, and they said they’d explore those options as well.

Other parks projects include adding a pool at the West Central Community Center (Director Doris Wright, who represents the area where the center is located, was disappointed the plan didn’t call for an indoor pool); adding a senior center onto the Centre at University Park; building 12 new soccer fields on Rebsamen Park Road along the Arkansas River; building eight new indoor tennis courts at the Rebsamen Tennis Center; building a new clubhouse at the Rebsamen Golf Course; expanding First Tee by nine-holes into the former Western Hills Country Club course and adding cart paths; adding an Olympic-sized pool at the Jim Dailey Fitness and Aquatic Center; and making various improvements at East End Park, Natural Steps, Otter Creek Park and Riverfront Park.

*The Little Rock Zoo gets 14 percent, or $70 million over 10 years, under the plan. That goes toward establishing habitats for giraffes, Asia and sloth bears, razorbacks; general upgrades; and operations. Asked by Director Lance Hines if matching funds raised privately were possible, Susan Altrui, executive director of the zoo, said she thinks the zoo’s foundation can raise $20 million over 10 years.

*Public safety gets 17 percent or $84.25 million in the plan. That includes building a new fire station on the western edge of the city to ensure that part of the city receives response times in four minutes or less. Money would also go to expanding ShotSpotter technology and replacing fire and police vehicles.

*Infrastructure is slated to receive 10 percent or $50 million over 10 years. Scott said it would focus on “underserved and overlooked” parts of the city and street resurfacing.

*Early childhood education gets $45 million or 9 percent. “If we make early investments now, it will transform our city for the future as it relates to education,” Scott said.

“What we emphasize here is really building on two programs that are already in place,” Jay Barth, the city’s chief education officer, expanded later, responding to a question from Hines. Those are the state Division of Early Childhood Welfare’s voucher program and the Arkansas Better Chance program, both of which provide access to high-quality child care for low-income people. The city wants to provide money to those state programs to expand to include the working poor as well. The city also wants to provide technical support to local childcare providers already operating in Little Rock to ensure that they meet the quality standards necessary to receive that state money.