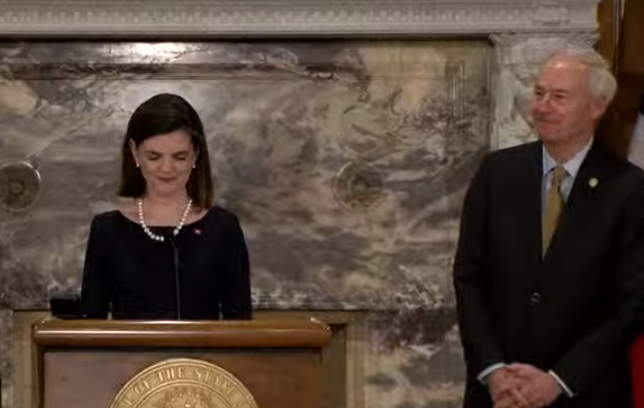 She’ll serve out the term of the late Tom Schueck and Hutchinson said he intended to appoint her to a full term in January, at the expiration of this current term.

She’s a former director of the Arkansas Republican Party and has served Hutchinson as an officer of his election campaigns and the Asa PAC which rakes in special interest money to dole out to favored candidates, such as the recent winning campaign of Barbara Webb, wife of the current Republican Party head, to the Arkansas Supreme Court.

Hutchinson said she is “smart, talented and tough.”