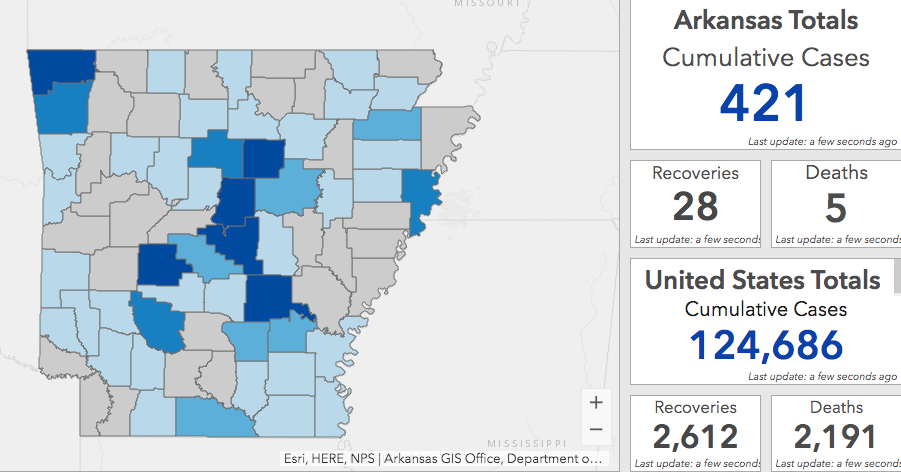 For the record, here’s the morning total, up about a dozen from last night.

The governor is expected to continue his daily updates this afternoon and I expect the count to rise.

We hope today to get some further explanation on a persistent complaint about testing. The governor has acknowledged a shortage of testing materials has slowed a hoped-for increase.

In the meanwhile, health workers and the sickest are given preference for tests. I continue to receive complaints that people who seem to meet criteria — exposure to a confirmed case AND symptoms — have been sent home to quarantine without tests. I hazard a guess that health workers are presuming such people as infected, but not sick enough to require hospitalization. Even with a positive test, those people would still just go home and hope for recuperation. But the complaints are that the failure to test such people holds down the count of confirmed cases and understates the urgency for people to take the threat seriously.

For example: Are Delta counties with no cases — but also scarce testing and people with scant access to health care — safer? I don’t know the answers to any of these questions. I was a hopeless science student and, unlike Donald Trump, I didn’t have an uncle who taught at MIT to endow me with superhuman intellectual capabilities.

But the questions are worth addressing and we’ll try to ask.

Mass, comprehensive testing seems to be the desired course for combatting the illness if experience in South Korea, for one, is an indicator. I should note that the governor and Health Director Nate Smith both seem to be advocates for more testing and apologetic that it has not ramped up as much as they’d hoped.