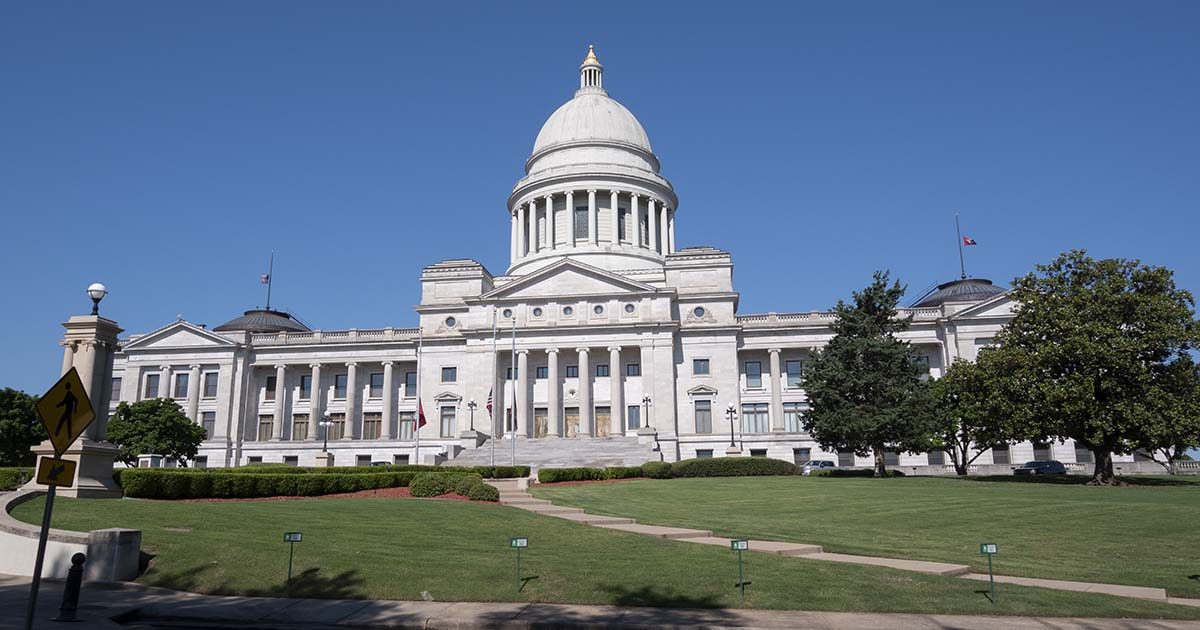 Ann Cornwell, secretary of the Senate, informs me that the legislative session will begin as scheduled Wednesday, April 8.

It will convene at noon, she says. The Senate will meet in the Senate chamber, as it did during the recent short special session for the budget adjustment. They moved some senators to galleries to maintain distance between desks.

The House will again meet at the Jack Stephens Center at UA Little Rock, where speakers spoke on the arena floor and members were widely spaced in the stands. Two members have since testived positive for coronavirus. Members are allowed to vote by proxy and I expect that number may grow in the regular session.

The public (including lobbyists) was barred from the Capitol at the special session. A small media contingent was allowed. Proceedings of both chambers were streamed on the web. The same procedure will apply this session.

A House spokesman laid out these plans, subject to change:

A resolution to extend the session and allow a recess for more than 3 days will be voted on the first day to give flexibility.

This is not a full regular session. It is only for budget matters.

If there was ever a year to think about the folly of the fiscal session, this is it. In theory, only budget matters are to be considered, unless an extraordinary majority (two-thirds)  authorizes a different topic. It was a means to create a full-time legislature and voters bought the idea that annual budgeting made more sense than two-year budgeting.

The result is a political system in which you can make a pretty good, partially tax-exempt living from hanging out at the Capitol and getting well-fed by corporate interests, who also provide the bulk of campaign finance.

The uncertainty of state revenue and specific needs makes a comprehensive debate on agency budgets look like wasted time this year, certainly at this point.

The budget forecast has already been reduced by $200 million for next year (beginning July 1). There are surpluses squirreled away in various categories to help.

At least special interest pleading seems likely to be held to a minimum.

There’s no change in current Capitol access. Chris Powell of the secretary of state’s office gave this response to my question about access in the coming session:

The State Capitol Police are operating under the direction of Secretary of State Thurston’s news release on March 12, 2020.  We are still evaluating security arrangements for the session and will be in consultation with the Arkansas House of Representatives and Arkansas Senate Leadership in determining any other necessary steps.

In light of the COVID-19 pandemic announcement yesterday, the measure taken in Washington, D.C. today along with the very recent report from Arkansas Children’s Hospital, Secretary of State John Thurston is ordering the closure of the Arkansas State Capitol to the public, effective Friday, March 13, 2020. Only authorized personnel will be permitted to enter the building for work purposes. Updates to the building’s status will be made available as we continue to monitor the situation.

The Secretary of State’s Office will also not be accepting walk-in visitors to their Business & Commercial Services offices in Little Rock and Fayetteville until further notice.  Business services can still be conducted by phone or online.

For the Senate’s part, Cornwell said the chamber will be limited to staff, senators and two members of the media. The galleries will be used only for senator seating.

Joint Budget meetings will be in Big Mac. They will be open only to the members of the Joint Budget Committee and his or her alternate, limited legislative staff, limited agency staff (those testifying on budget bills), and two media persons. If a non-member has an amendment to legislation, he or she will be provided access to the meeting. Joint Budget’s hearing room is wired for video streaming.

The governor said great care would be taken with social distancing and Health Director Nate Smith said the Health Department might have additional safety ideas. There’s talk that the session can be held to two weeks.