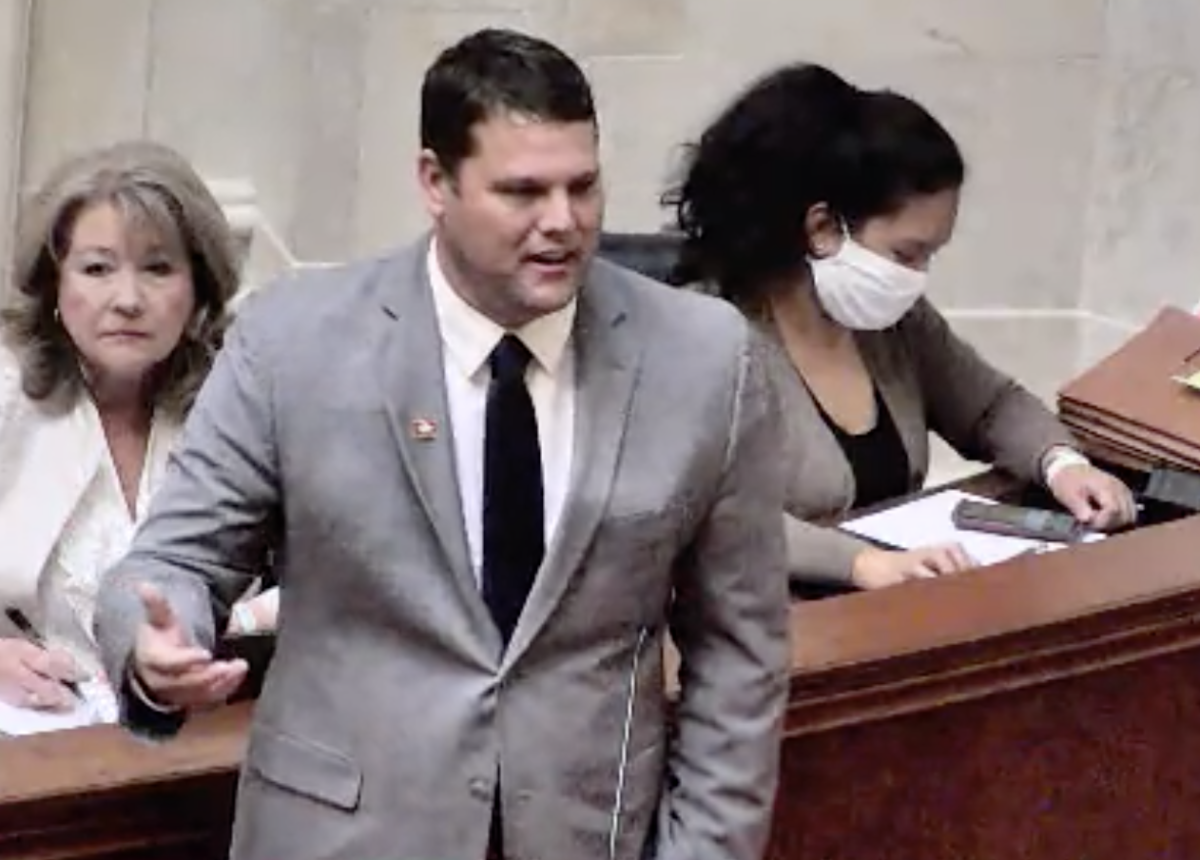 ‘SURPRISED’: Sen. Bart Hester thought he had the votes.

A few more bits of insight on the election of Sen. Jimmy Hickey of Texarkana to lead the Arkansas Senate next year.

Sen. Bart Hester won the earlier Republican caucus vote for the job. That is “tantamount to election” as they say, given that 26 of the 35 senators are Republicans and custom — admittedly not always followed — is to join hands behind the caucus winner.

Michael Wickline of the Arkansas Democrat-Gazette reported that Hester was surprised.

“I think it is a surprise any time you go into a deal you feel confident that you’ve done the work,” Hester said in an interview after Hickey was chosen Thursday. “I don’t know what happened. I don’t even know what the vote was. But clearly the majority of those that voted were for Sen. Hickey.”

I was surprised, too. Particularly because Hickey’s designee to observe the counting of secret ballots was Sen. Terry Rice, one of the far-right delegation in the Senate. Lining up that bloc didn’t SOUND like a key to victory. Democrats didn’t seem likely to join hard-core right-wingers to elect Hickey.

I was wrong. Democrats lined up with sufficient Republicans to elect Hickey.

I’m told by an embedded Republican that there are several explanations, one alluded to by Wickline.

Hickey has opposed Gov. Asa Hutchinson on occasion. Not meekly. The Senate, under the leadership of the governor’s nephew, Sen. Jim Hendren, fell in line time after time. Hutchinson has been remarkably successful in a weak executive state in consolidating power, aided lately by his ability to issue executive order after executive order on account of the coronavirus crisis.

Some have rankled at Hutchinson’s accrual of power. The legislature thinks it has prerogatives, too. Expect Hickey to demonstrate that.

Then there’s the odd lot that is rumored to have joined to elect Hickey.  Suspects include Sens. Jason Rapert and Trent Garner. Their unhappiness about continued state spending on Chinese business development was on full display in the recent fiscal session, otherwise almost perfunctory. How unhappy? Garner needed a massive dose of Prozac. The evil Chinese even prompted Rapert to defend Muslims in a floor speech. Another suspect reportedly unhappy about the growth of gubernatorial power was Sen. Mark Johnson of rural Pulaski County. Did Mark Johnson and Joyce Elliott cast the same ballot? Whoa.  We’ll never know, but that’s among the speculation. If any would like to declare this speculation in error, let me know.

UPDATE: I’m not so sure about Rapert seeing this tweet about those who’d break their word.

Been an interesting but short legislative session. Ah yes, but just long enough for a few backstabbings, betrayals & all sorts of political deceit to spread like the #Coronavirus. #MarkThoseAmongstYou #IfTheShoeFitsWearIt #MessageInPictures #CommandmentBreakers #Disloyalty #arpx pic.twitter.com/3rIURHO5GO

I am proud to say I have never forgotten my loyalty to the @ARGOP REPUBLICAN platform, my support for the @ARSenateGOP REPUBLICAN Caucus and my pledge to support REPUBLICAN leadership. Arkansas Conservatives – you know where I stand. #NeverYielding #NeverGivingUp #FightForever pic.twitter.com/M2exJJinFS

Other reported factors: Hester was viewed as a continuation of Hendren and the Northwest Arkansas Hutchinson Dynasty leadership. Not a plus with some senators.

Hester himself acknowledged another potential issue. He claimed in a floor speech not to be the pugnacious brawler that he was when he entered the Senate, never hesitant to insult and bully. He’s learned the value of mutual respect, he says.

Right. Ask gays, minorities, immigrants, black judges, liberals, Democrats, rental tenants, city planners and others about that. He’s also known for looking after his financial interests (not that this is particularly unusual in the legislature). He’s also a devoted follower of the Walton agenda to wreck public schools with vouchers and charters.  Hickey, at least, did a stint on the board for a public school district.

Finally, there’s an irony/hypocrisy note in the proceeding. That was Rice acting as Hickey’s lieutenant in a Republican-Democratic coalition. What’s weird about that? In 2012, Rice’s bid to be House speaker failed thanks to a coalition of Democrats and Republicans who aligned behind the candidacy of a moderate Republican, Davy Carter.

Might Jimmy Hickey become a Davy Carter? Oh, happy day if so. But given the reported weirdness of the people in bed on this one, I don’t expect it. If Democrats can pick up a scrap of real policy concession here and there, that will be better than nothing. From Hendren, the scraps amounted mostly to speaking opportunities and personal kindness. This may have been mannerly and it is preferable to hostility, but it produces little benefit for constituents of Democrats.