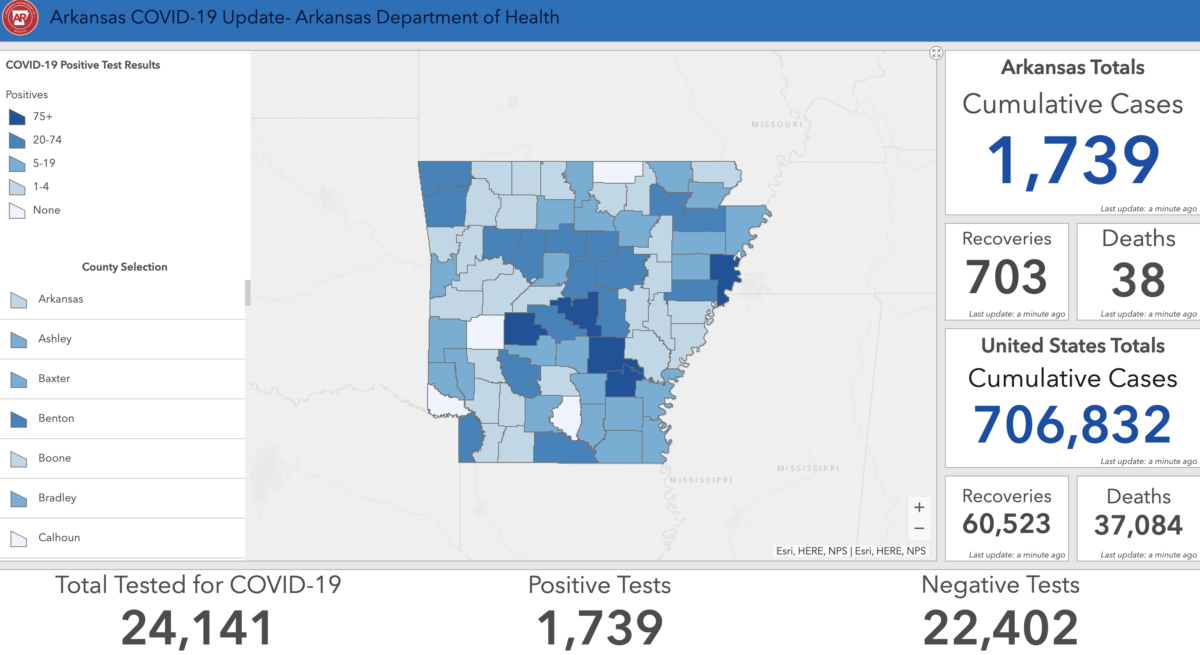 Announcements at Gov. Asa Hutchinson’s coronavirus briefing today including a somewhat unscripted disclosure of a continued dramatic rise in the number of coronavirus cases at Cummins Prison. 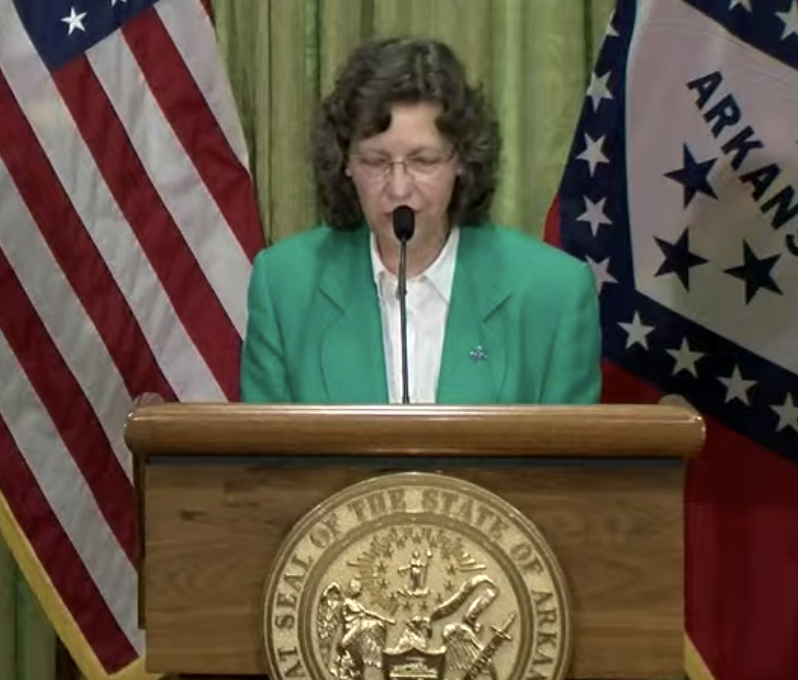 The case count reported today, not counting prisoners, was up only 44 from the 1,695 reported yesterday afternoon to 1,739. There’s also one additional death. A concentrated effort with the help of the VA ramped up testing at the Cummins unit after an initial outbreak was discovered in one barrack, a factor mentioned only in passing by the governor and not included in today’s total. It was during a later Q&A session that Dillaha disclosed the 230 positive tests among some 1,000 that have been performed. She said all were inmates and no staff members had tested positive.

The governor had emphasized yesterday and said again today that many of Arkansas’s cases were concentrated in prisons — Cummins, a federal prison and a community corrections unit in Little Rock.

Several have commented elsewhere: “So that doesn’t count?”

Of course, it does, at least in my opinion. As do the nursing homes with multiple cases. Apart from the fact that prisoners and old people are humans, too, all these institutions employ people who circulate in the community.

During the Q&A session, the governor was asked if he intended to separate cases in group settings from the overall number, such as prisons and nursing homes. “We have not separated those in the past,” he said, but “when you look at the future I do believe there is some merit to have an honest look at Arkansas that we separate those numbers in a congregant setting, like the prisons.” He said an extraordinary amount of testing is being done there and “it really skews the reporting.” He said they’d likely be shown in a different light, but a transparent way.

But what about the guards who are in contact with prisoners but also the outside world? “All that will be transparent and reported,” the governor said.

We are still mostly testing only those with symptoms in Arkansas. That’s a recent improvement. We once couldn’t test all with symptoms. But the asymptomatic transmit the disease too. And we’ve yet to get an answer from multiple questions to the Health Department about death rates. Are they higher than normal here, as in New York City, which might suggest undiagnosed virus deaths?

It seems unlikely we are a point where anyone could claim a firm idea of the infection rate in Arkansas.

The hopeful talk by Arkansas officials on easing back into normalcy beginning May 4 comes as new research from Harvard suggests testing must be increased dramatically before the state can reopen.  The country is currently averaging 45 tests per 100,000 people a day. They say the number should triple, to 152. Arkansas is averaging 35 tests a day, according to data in the article. From a New York Times graphic: 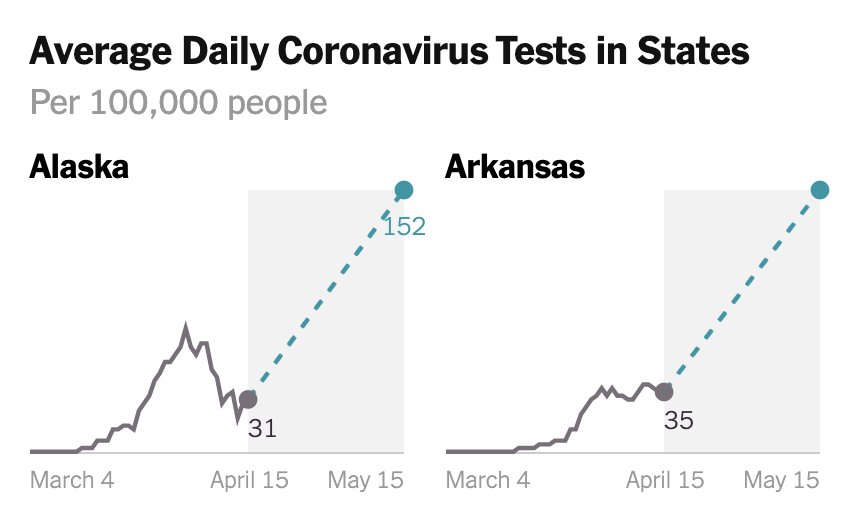 A somewhat related question in the Q&A session: What if some in business think May 4 is too early for their particular industry? It’s not a strict date for all, Hutchinson said. He also said safety precautions — social distancing, hand washing — will remain in place. “Lifting of these restrictions we have in place now really will be guided by the public health team.”