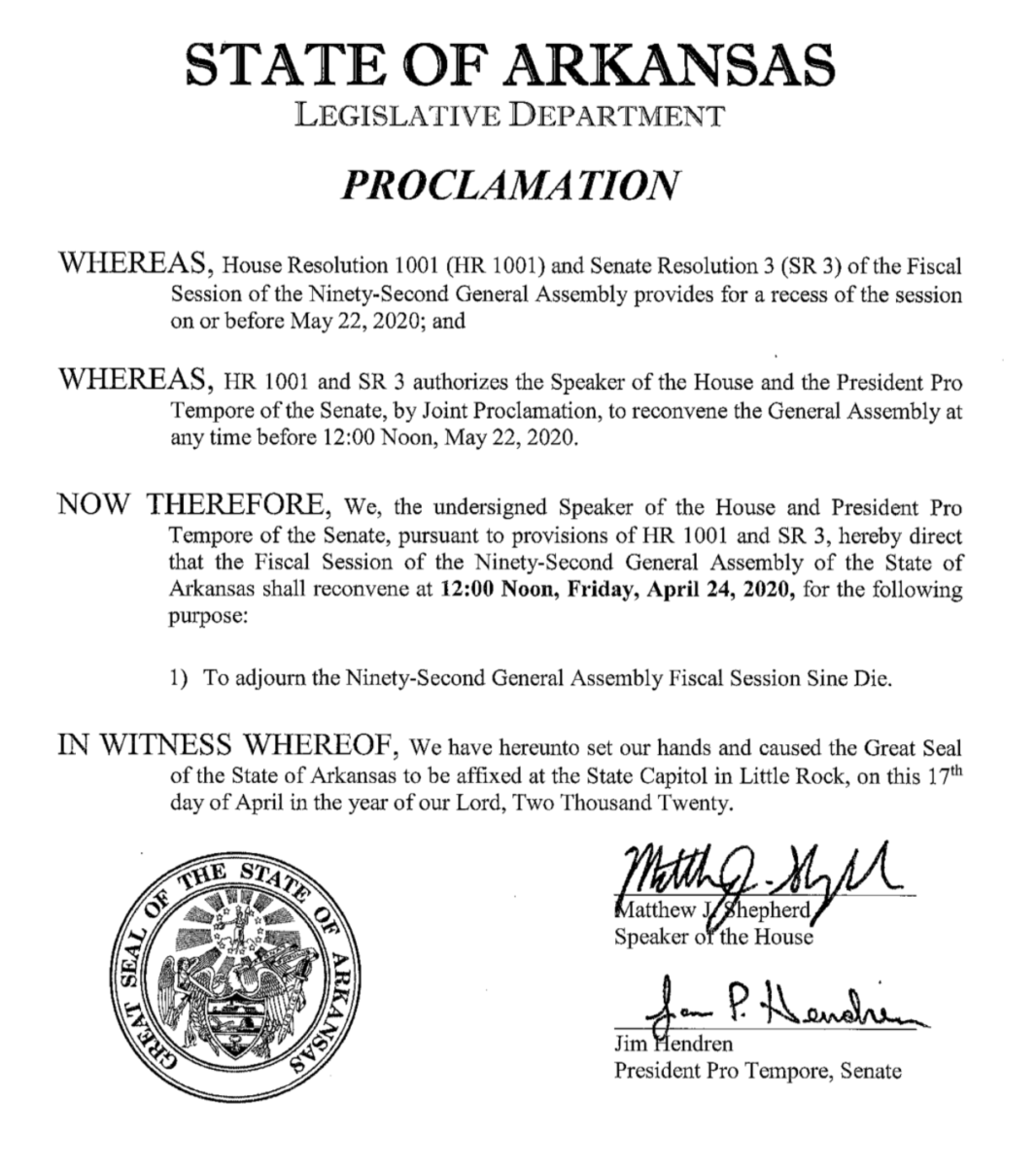 As expected, the 2020 session of the legislature will conclude with routine adjournment Friday, April 24.

Taking bets on whether the virus crisis will create financial and other hardships that require a special session in the next eight months. After all, the governor has assumed extraordinary emergency powers that have led to re-writing of any number of laws and there can always be more.

Thinks for a second: Telemedicine; alcohol delivery; banning surgical abortion; arrests for car parades; prohibiting plastic surgery; wiping out school report cards for next year, and lots more, not the least of which is vast control of discretionary state spending in the hands of the governor.