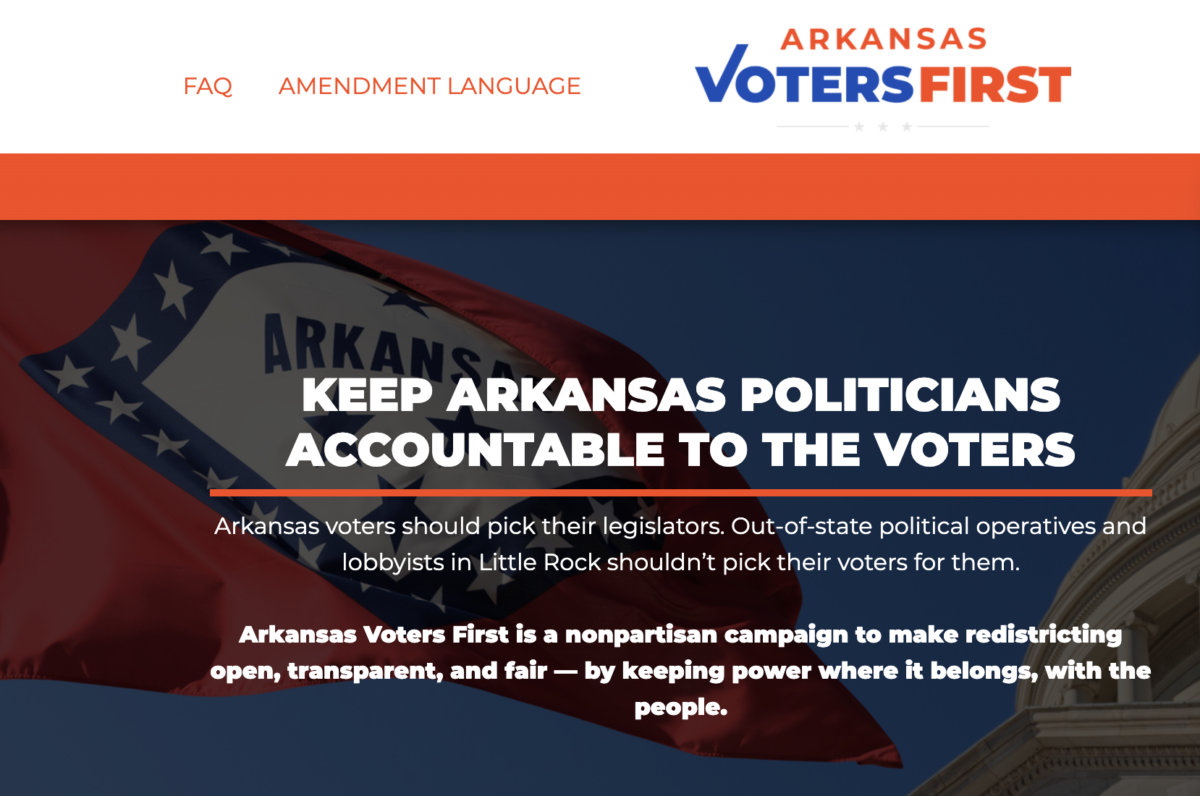 FILES LAWSUIT: From the webpage of a group hoping to amend the Arkansas Constitution, but stymied in signature gathering by the coronavirus crisis.

A lawsuit was filed this morning in federal court in the western district of Arkansas seeking to ease petition requirements for a group hoping to put a constitutional amendment on the ballot in November to put a nonpartisan commission in charge of legislative and congressional redistricting by 2021.

Arkansas Voters First, the ballot question committee, and other individual plaintiffs from Northwest Arkansas argue that the social distancing rules required by the coronavirus epidemic make it impossible to fulfill signature requirements. Secretary of State John Thurston says he’s powerless to waive requirements of the law. A somewhat similar lawsuit was said to be likely in a report in the Arkansas Democrat-Gazette this morning about the petitioning difficulties faced by several independent candidates, including Dan Whitfield, who is trying to qualify as a U.S. Senate candidate. Gov. Asa Hutchinson has so far been unresponsive for requests for an executive order loosening petition requirements for the candidates.

Normal rules require that the committee, financially supported by a nonprofit devoted to cleaner politics, submit more than 89,000 signatures by July 3. They must have significant numbers from 15 counties. Laws enacted by the anti-referendum legislature impose several other requirements for notaries, affidavits, qualifications of paid canvassers and more.

The initiative committee has paid more than $200,000 to a company that manages such petition drives and it put canvassers in the field shortly after March 5. That was less than a week before Arkansas recorded its first coronavirus case and the governor’s first executive order limiting various forms of contact. Those orders have grown and been mirrored by city orders as well.

As a result, the committee had to cease canvassing with only 100 signatures in hand. The end of large gatherings closed the door on the most productive sources for such signatures. The personal contact between canvasser and signer is risky, the complaint says.

The situation unduly burdens constitutional rights — free association, ballot access and free speech — of the plaintiffs, the suit says. A Michigan court has enjoined enforcement of ballot access rules where petitioning was restricted by coronavirus rules. That court halved the required number of signatures, extended the period to gather them and allowed electronic signature gathering. 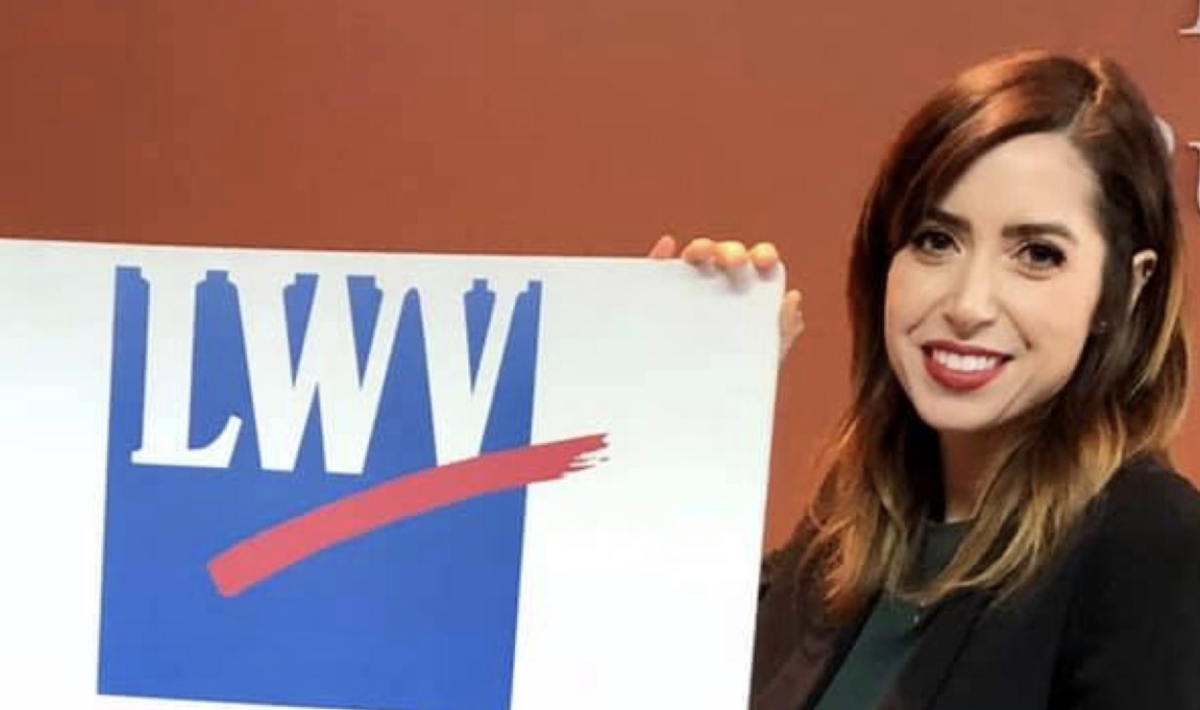 The suit makes clear it is not a frontal challenge to Arkansas ballot access laws, only to the effects when applied during the crisis. Close in-person contact and the required “wet” signature, plus a witness and notary requirement, are particularly burdensome, the suit says. One plaintiff, Robert Allen, is immuno-compromised, and another Adella Gray, lives in a retirement community. Both would take risks by meeting with a canvasser and being required to have a witness to a signature. Plaintiff Bonnie Miller is a potential canvasser whose health would be endangered if she sought signatures under existing rules.

The individual plaintiffs live in Northwest Arkansas. The case was assigned to Judge P.K. Holmes of Fort Smith.

The lawsuit notes the governor has acknowledged the risks the lawsuit cites. He has issued an executive order suspending laws requiring that wills and certain other legal documents be signed in the physical presence of a witness or notary, instead of permitting those requirements to be satisfied by videoconferencing.

Some 13 ballot initiatives have been proposed in Arkansas this year. None has met the signature requirement. Thus, the combined effects of the law and the governor’s executive orders have been to “freeze the political status quo,” a standard that led to rulings in favor of petitioners seeking relief elsewhere.

If signatures could be gathered electronically (without a live witness), via a service like
DocuSign, then Mr. Allen and Ms. Gray would be able to show their support for the petition by signing online, Ms. Miller could circulate petition requests online, and AVF could hire a firm to do digital outreach to voters to sign the petition. This would provide an avenue for the core political speech of circulating and signing petitions while adhering to the social distancing requirements due to the COVID-19 pandemic.

The group stopped collecting six weeks ago. It’s clear, the suit said, that the virus crisis will not abate soon and it will be impossible to gather the required signatures in the 11 weeks remaining.

Time is particularly of the essence for this amendment because it would apply to redistricting in 2021, after completion of the 2020 Census. This earlier article details how the nine-member commission would be constituted. Leaders of the effort are Miller, of the League of Women Voters, and Republican Rep. Dan Douglas of Bentonville.

The suit says the state likely will claim an interest in deterring fraud through its rules. But the suit cited court cases that have said restrictions must be “narrowly tailored.” Courts in Massachusetts and Virginia have allowed a reduction in required signatures in response to the coronavirus crisis. In other petition cases, including in Arkansas, courts have held that signature requirements were higher than necessary. Here, the suit said, anti-fraud concerns could be allayed by using digital signatures. Services like DocuSign have procedures to ensure “comprehensive security from start to finish,”  the suit said. (I’ve used this service to sign documents prepared by an accountant for tax filing.)

The suit proposes a “reasonable” change in rules:

Moreover, the November general election serves as the ultimate determination of public support. If the initiative is approved by the voters in November, the state can hardly be heard to complain that in the midst of global pandemic that has shuttered people in their homes, a voter-approved initiative had fewer supporting signatures than would otherwise be required. And if the initiative lacks support, then it will fail at the ballot in November. The state will be unharmed either way.

Without an injunction, the proposal will be eliminated from the ballot and that’s “irreparable harm” to plaintiffs. There’s no harm to the government if the proposal moves forward. Similar plans have been approved in other states and the idea draws broad, bipartisan support in national polling.

Plaintiffs are asking for very limited relief in the face of a global pandemic; relief that would only apply to Plaintiffs’ efforts for the November 3, 2020 election. Further, any harm the Defendant may incur pales in comparison to the injury suffered by Plaintiffs. Plaintiffs face a virtual bar from exercising their fundamental constitutional rights to organize to get the Proposed Amendment on the ballot, or the legal and public health risk of violating the State’s directives regarding gatherings and social distancing in order to collect signatures.

As a federal district court recently held, “the broader public interest is not served by preserving the current signature-gathering scheme at the cost of encouraging [campaigns] and their supporters to risk their health and criminal penalties to gather signatures.”

The suit, which names Thurston as the defendant, was signed by Couch and five lawyers from the Campaign Legal Center, a public interest group dedicated to improving access to the political system. The center outlines the Arkansas case here.