An emergency is not an ill-conceived whim. We need to slow down and get the policy right before we release additional moneys from the state’s CARES Act funding.

Sen. Jon Dismang injects a level-headed note in discussions of spending of the hundreds of millions the state has received in coronavirus crisis aid.

I’d guess his comment is related to the screwup this week in doling out $15 million in money for protective gear and other expenses to restaurants (and others) reopening for business. It certainly fits. He posted it last night.

He’d also posted Wednesday, when the millions hit the fan for the favored few:

Just curious, anyone know anyone that was able to apply for AEDC’s Ready for Business Grant Program? What did the application look like?

The application website went on-line prematurely Wednesday. Some insiders and those with paid lobbyists to monitor gubernatorial actions got the word out to their people. The money was overcommitted within an hour, to be distributed on a first-come basis.

This was, to put it scientifically, nuts. Thousands of small businesses never had a clue. They don’t watch or have a lobbyist to watch the governor’s press briefings. Was a first-come system the best way to handle such money? Maybe a decent notice period and then a lottery would have been a better idea.

The system was set up in a way to favor bigger employers, as much of the state government’s effort has been.

The governor emphasized that 92 percent of more than 2,000 applications came from small businesses. But bigger businesses could get up to $100,000 and they had half the money set aside for them, $7.5 million. Theoretically, 75 businesses could roll up half the money with 100 employees each if they were on the front end of the application train. That’s one reason I’m interested in seeing the application list. The Arkansas Economic Development Commission contends this information is protected from disclosure for now. I disagree.

But back to Jonathan Dismang and the need for getting things right.

This isn’t the first foul-up by the Asa Hutchinson-streamlined government. They still haven’t fixed the kinks for people applying for conventional unemployment. Is the unemployment program for independent contractors functioning yet (it was supposed to be available by the end of April and it’s May and a contractor friend of mine is hurting.)? And what about that money promised for nursing home workers? It was promised prematurely and some money-shuffling is going to be necessary to finally get that out in a legal fashion. Using ABC agents as parking lot inspectors to sniff out out-of-state visitors? Was that a good idea? Inviting mostly lobbyists, led by a fellow primarily qualified by his billion-dollar inheritance, to oversee recovery efforts?  No advocates for workers and the working poor? The governor saying again Thursday about the $15 million loan fund that, of course, you’d give notice to trade group lobbyists first? Counting on landlords to be kind to their suddenly unemployed tenants in the worst state for renters in the United States?

It all puts me in mind of a popular satirical meme of the 1950s. It was popular on desktop accessories, greeting cards and the like. 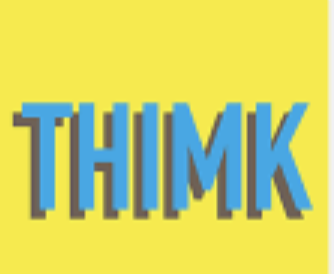 The question is whether it’s too charitable to explain the bad decisions on lack of thought, rather than design.