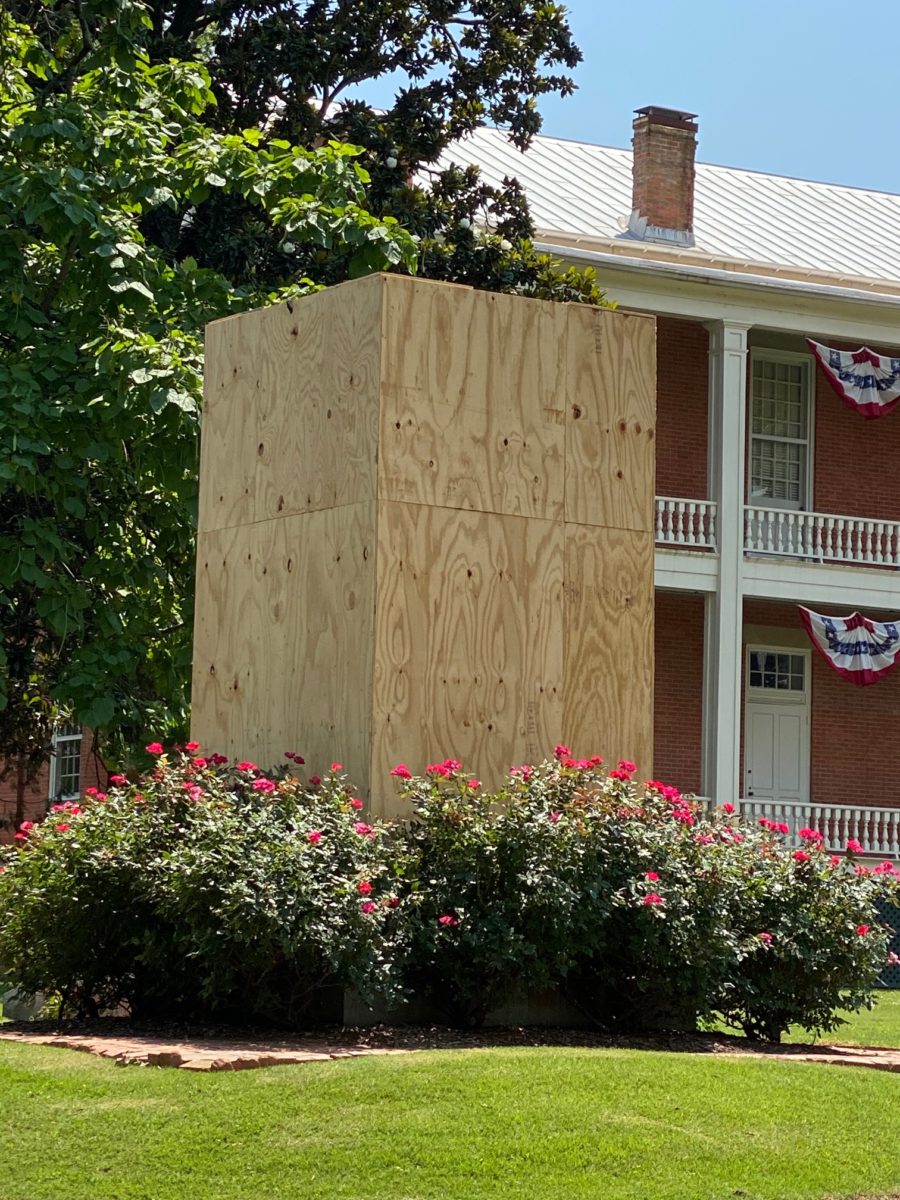 GONE: A box surrounds the spot where a Confederate statue once stood in MacArthur Park. (Brian Chilson photo)

The state of Arkansas, which has a historic easement on the portion of MacArthur Park from which a Confederate statue was removed Thursday, will work with the city on finding a new home.

I reported yesterday that the city owned the statue and land, but the state was given a historic easement in 2017 in return for a $100,000 grant for work on the building, now the MacArthur Museum of Arkansas Military History.

I asked Arkansas Heritage about its position on the statue, given the easement. This response was provided:

Statement from Arkansas Department of Parks, Heritage and Tourism Secretary Stacy Hurst on Removal of “Memorial to Company A, Capitol Guards”

“I was notified just a few days ago by the Mayor’s Office that they intended to remove the monument. The monument was listed on the National Register of Historic Places in 1996. In 2017, the Department of Arkansas Heritage gave a grant to the city for $100,000 for restoration of the historic Tower Building of the Little Rock Arsenal that now houses the MacArthur Military Museum. Part of the grant agreement gave the state an easement on the property surrounding the museum, on which the monument sits. My office will now work with the city to find a suitable location for the monument and to achieve a fair resolution regarding the state’s easement.”

Vandals poured what appeared to be varnish on the base of the statue Monday. Museum officials first said the statue was removed Thursday for protection and repair. Late Thursday evening, Mayor Frank Scott Jr. announced that the statue would not be returning. Its current whereabouts haven’t been disclosed.

Given the topic, I asked the state if the secretary had any thoughts on the two monuments to slavery defenders on the Capitol grounds. I will pass along any response.

Blogger Russ Racop, who’s been calling for removal of the statue for years, promises video of the statue’s removal in the dark of night.

Exclusive images and video of the city removing the confederate idol from MacArthur Park under the cover of darkness coming in a post. He’s a sample. pic.twitter.com/2bctlGFeYK