Key won’t meet with her or Little Rock parents in general, though he is the “school board” of the district under state control that began in January 2015.

The supporter got this response from the $106,000 chief communications director for education. 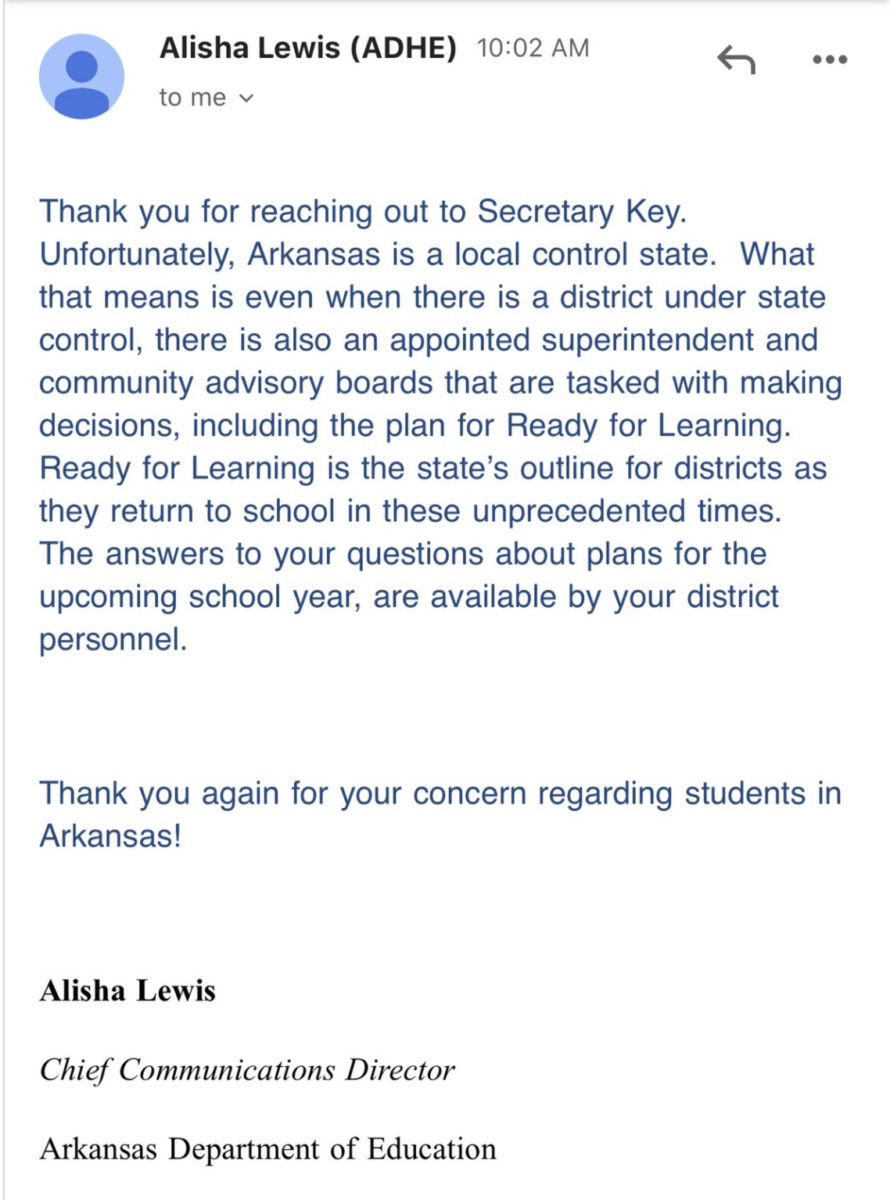 2. Local control is a total fiction in the Little Rock School District, which is run by the state. It will elect a school board in November after a six-year absence. The new board will still have the boot of the state on its neck through severely limited powers. Johnny Key and Asa Hutchinson will still call the shots. Back when Asa was resisting a mask order, the state prohibited the Little Rock School District from requiring masks though other districts could require them. Now that the state is under a so-called mask mandate, it may require masks. The community board is advisory. Did the state agree with suggestions from its members for a virtual-only start to school? No. The superintendent? Let’s be real. Mike Poore must do what Johnny Key tells him to do or hit the road.

Doubt me? Here’s a piece of evidence in today’s Arkansas Democrat-Gazette on the unhappy surprise some parents got that in the new back-to-school plan virtual pre-K had been eliminated as an option for parents less than four weeks before the school start. Other grades may choose virtual classes. Not pre-K. Emphasis supplied from the D-G report: