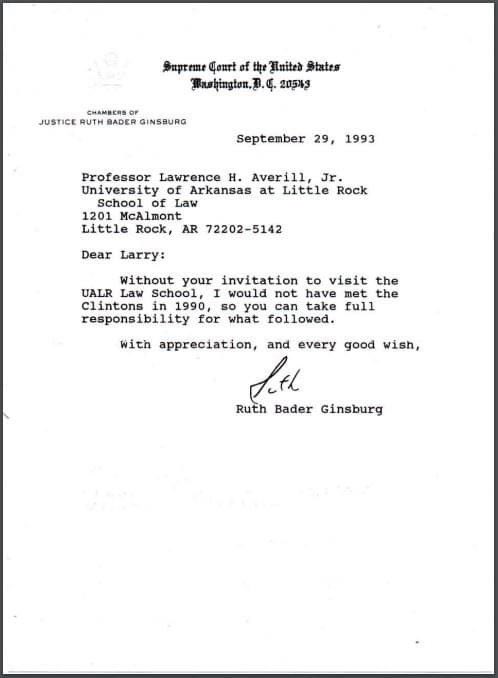 Interesting letter from the archives of the UA Little Rock School of Law to Larry Averill, a former dean and professor there, from Supreme Court Justice Ruth Bader Ginsburg.

She delivered the Altheimer lecture at the law school in the spring of 1990. Her topic: “On Amending the Constitution: A Plea for Patience.”

Bill Clinton was governor then. Hillary Rodham Clinton was a Rose Law Firm lawyer. President Clinton nominated Ginsburg to the court in June 1993 and she was confirmed Aug. 3, 1993. She was sworn in Aug. 10, 1993.

PS: Donald Trump paid respects to Ginsburg today. The crowd booed him and chanted “Vote him out.”