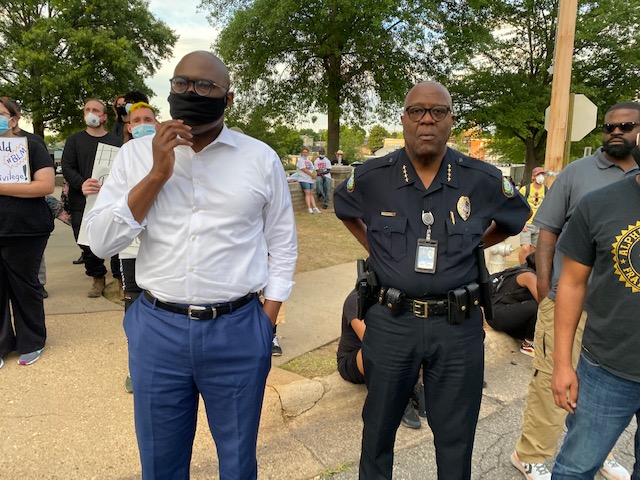 Little Rock Police Chief Keith Humphrey, a defendant in multiple lawsuits over the treatment of his staff and targeted for removal by top officers, is turning the tables.

He will file a federal lawsuit today against his tormentors.

A news release from his lawyer, Mike Laux, who’s sued the Little Rock Police Department over use of force. From his announcement of a news conference this morning: 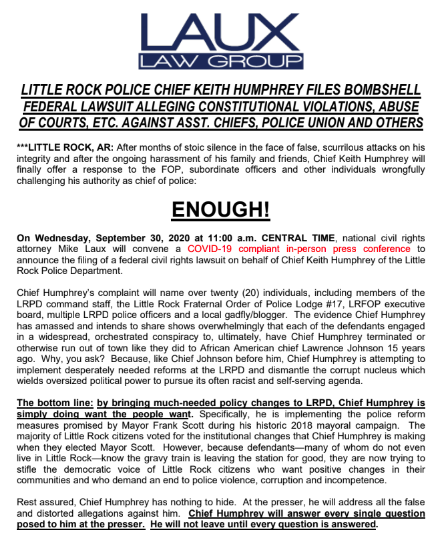 Laux included this chronology of events and specific complaints by Humphrey.

We’ll be covering the news conference and have questions. I’ve expressed skepticism about the legal actions against Humphrey by subordinates who say he’s retaliated against them for opposing him particularly on the decision to fire Charles Starks over fatal use of force in a traffic stop. (A court reinstated him. The city is still appealing that ruling, though he has quit the force.) You don’t have a right that your boss  like you. But I also don’t think bosses have a right to be free from criticism or from organized efforts to replace them. We’ll see.

I also don’t see how the chief can mend a dysfunctional department by suing a union that represents a majority of officers (though the Black Police Officers Association has supported him and the FOP has too often been a malign force in police matters).

Mayor Frank Scott Jr., who hired Humphrey and who campaigned and has governed as a community unifier, has staunchly defended the chief. He has his unifying work cut out for him now, for sure.