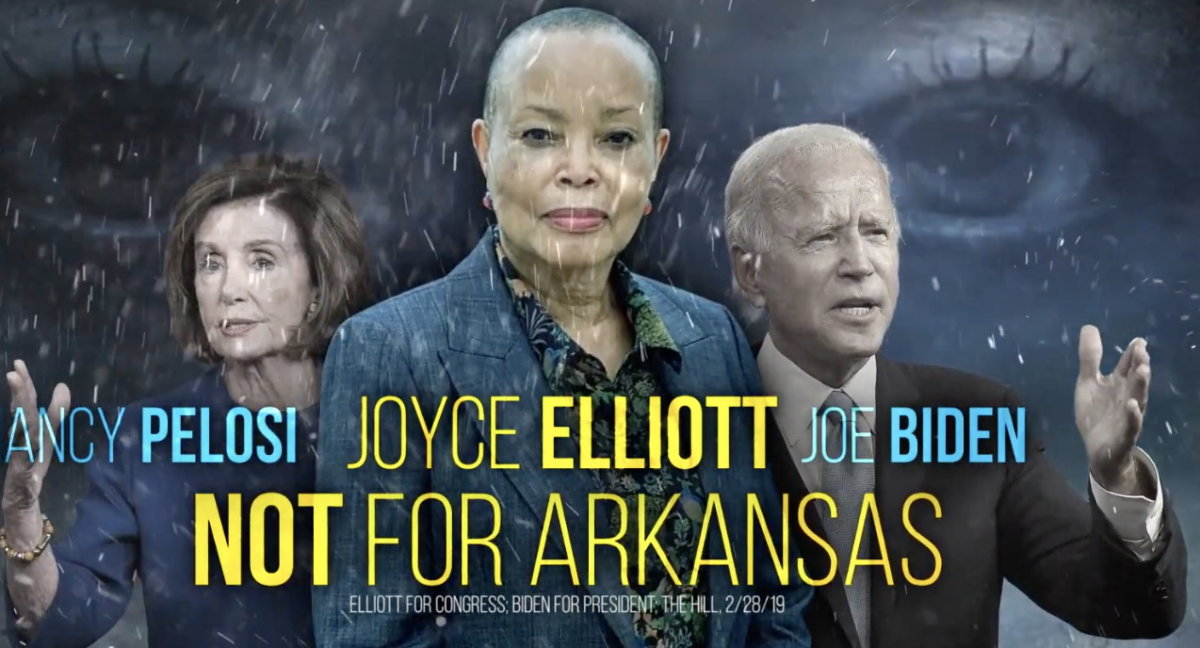 The ad says Elliott would “take Pelosi’s and Biden’s side against Arkansas.”

OK, win or lose the House, Nancy Pelosi will still be Democratic Party leader. But Joe Biden? How does he figure unless he’s elected president?

I got more support for the appearance that French HIll thinks Joe Biden will be elected from his own campaign. It was in a Democrat-Gazette article this morning about how French Hill’s campaign had er, misrepresented the tax cut for millionaires that French Hill supported and which Joe Biden has vowed to roll back.

If elected, Joyce Elliott will be a vote for Joe Biden’s repeal of those tax cuts, meaning low- and middle-income Arkansans will pay more in taxes.

If Donald Trump is going to be re-elected, why would you be talking about Joe Biden?