There a lot going on tonight. But if you’re looking to read something not about Trump, my latest is a fun read about a source who lied to me, then lied to other attorneys and a court about our off-the-record conversation. So I’m exposing him. https://t.co/Yw0HFYvDho

Radley Balko is an investigative reporter/opinion writer for the Washington Post. He specializes in police/justice reform issues and wrote the groundbreaking story on Little Rock Police Department abuse of no-knock drug raids, a practice reformed after Keith Humphrey was hired as police chief. He also wrote about police misconduct in Little Rock

The source Balko “burns” in his opinion piece by breaking an off-the-record agreement is Chris Burks, the lawyer in a variety of lawsuits for police employees objecting to Chief Humphrey’s management.

Balko is working on another piece about the LRPD, which will cover the Fraternal Order of Police’s resistance to Humphrey and the effort to oust him.

Balko’s issues with Burks are tied up in a matter the Arkansas Blog touched on recently. Lawyers for Humphrey asked a court to hold Burks in contempt for leaking lawsuit material that was supposed to be confidential to the Arkansas Democrat-Gazette — email communications that included some harsh assessments by Humphrey of some officers. Burks contended he was going to ask for a waiver to release the information because Humphrey had given the information to the Washington Post. He contended he merely confirmed material the Democrat-Gazette reporter obtained.

Balko has now gone on the record with unhappiness he expressed to me after Burks’ statement. He writes that Burks lied to him in an off-the-record conversation and mischaracterized their conversation in a court document.

You’ll have to read Balko for the blow-by-blow. But he depicts Burks as trying to flatter him and being deceptive to uncover Balko’s sources. By his account, Burks told him about new allegations in depositions taken under a protective order.

The key point is that Burks was quoted as saying he only confirmed e-mail messages given to the Washington Post by Humphrey. Balko says:

This is false. Humphrey never gave me the text messages that appeared in the Democrat-Gazette. The first time I saw them was when Burks himself sent them to me on Nov. 27.

I write this not to aid Humphrey’s legal efforts, or to help him remain Little Rock’s police chief. My intent is to prevent an attorney from inaccurately characterizing his off-the-record conversation with me in a way that would mislead a court, and to ensure that the court’s decisions with respect to this lawsuit are based on accurate information.

Balko indicated to me his next report about Little Rock likely would appear after the first of the year.

It is not likely to say Little Rock is on the verge of having a unified police department. 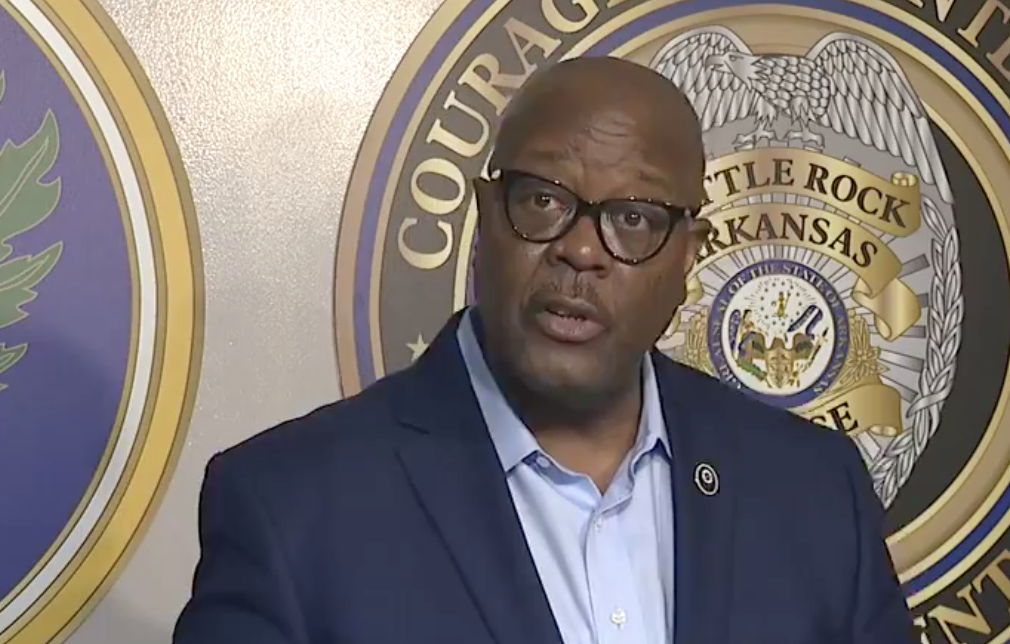 ON THE CITY BOARD AGENDA: Police Chief Keith Humphrey

Meanwhile, the Little Rock City Board agenda includes Director Lance Hines’ proposed resolution for a vote of no-confidence in the police chief. It lists various perceived shortcomings, including division in the ranks, and concludes:

The Board expresses its lack of confidence in the leadership of Police Chief Keith Humphrey and strongly urges the Mayor to consider this view and take appropriate action with Chief Humphrey.

The mayor has rebuffed criticism of Humphrey to date. A community group also has formed to back him, primarily from the Black community. It cites the city’s history of prejudicial practices and mistreatment of a previous Black police chief.