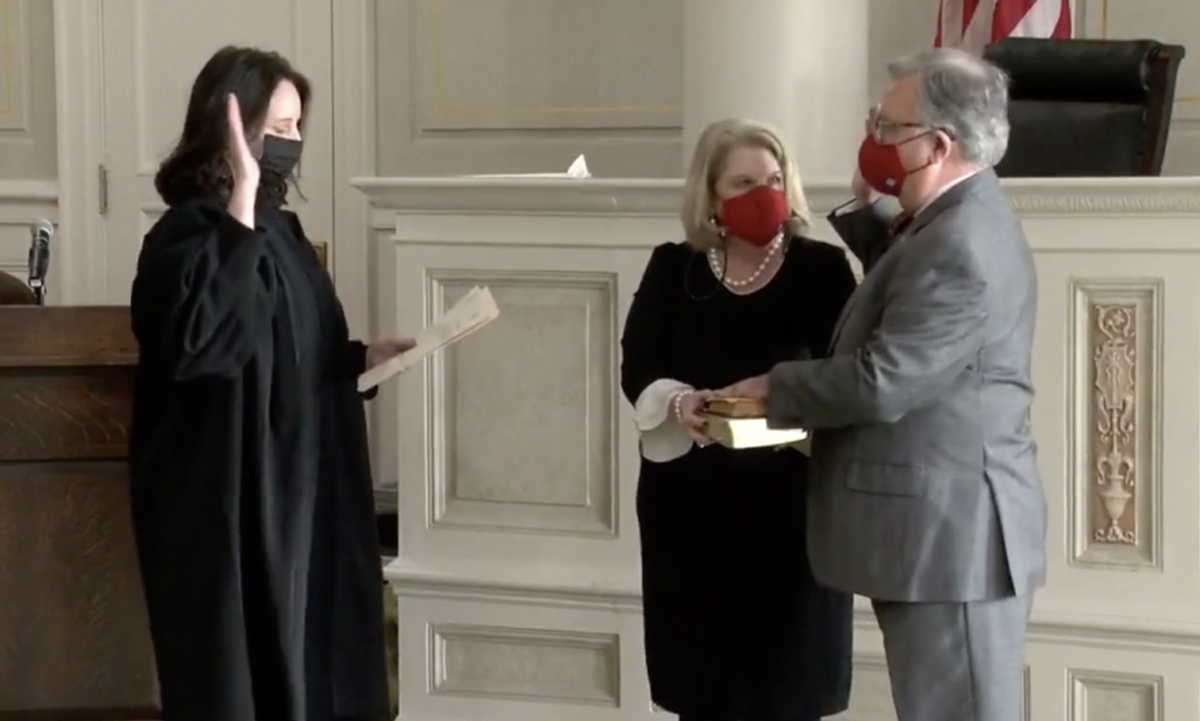 Little drama attended the vote by Arkansas’s Republican electors this morning to give the state’s six votes in the electoral college to Donald Trump.

Wood, for the third time, was tapped by the Republican Party to swear in Republican electors, as she did in 2016 and 2012. Justices are theoretically non-partisan, but Wood has essentially identified herself as Republican. She’s used Mike Huckabee as a campaign robocaller; former Republican chair and senator Gilbert Baker was a major money-raiser for her (he now faces federal indictment for a bribery scheme related to contributions in another judicial race), and she reportedly administered the oath office to Jonelle Fulmer when she was sworn in recently as new GOP chair.

When Wood swore in Webb, his wife, Barbara Webb, recently elected to join Wood on the Supreme Court, held the Bible.

A case is heading to the Supreme Court in which a Republican legislator, Jim Sorvillo, is challenging his defeat by a Democrat, Ashley Hudson. In the course of the vote counting, Doyle Webb provided advice to the Pulaski County Election Commission.

Given the partisan connections, would Wood and Webb hear a Sorvillo case? And what about Justice Shawn Womack, a partisan former Republican legislator himself? We shall see. To a certain extent, it doesn’t matter much. Republican Governor Hutchinson would select their replacements should they recuse. Arkansas is a one-party state.

Happily, the United States is not. In the portions of the 45-minute session to which I listened, I heard no mention of Joe Biden. You can track his march to 306 electoral votes at this Washington Post site.

The electors were Webb, Sebastian County Clerk Sharon Brooks, Washington County Judge Joseph Wood, Baxter County GOP Chairman Rod Soubers of Mountain Home, Little Rock pastor Iverson Jackson and Deputy GOP counsel Geoge Ritter. Wood and Ritter were alternates for former Congressman Ed Bethune, 85, who opted out for COVID concerns, and J.D. McGee, a district director for U.S. Rep. Bruce Westerman. There were conflicting opinions on whether McGee could participate as a congressional staffer, Webb said, so it was decided to make a change to avoid any questions.