The promised report from Disability Rights Arkansas and DecARcerate on the use of solitary confinement in Arkansas prisons has been completed.

You can read it here.

Key points that we touched on earlier: 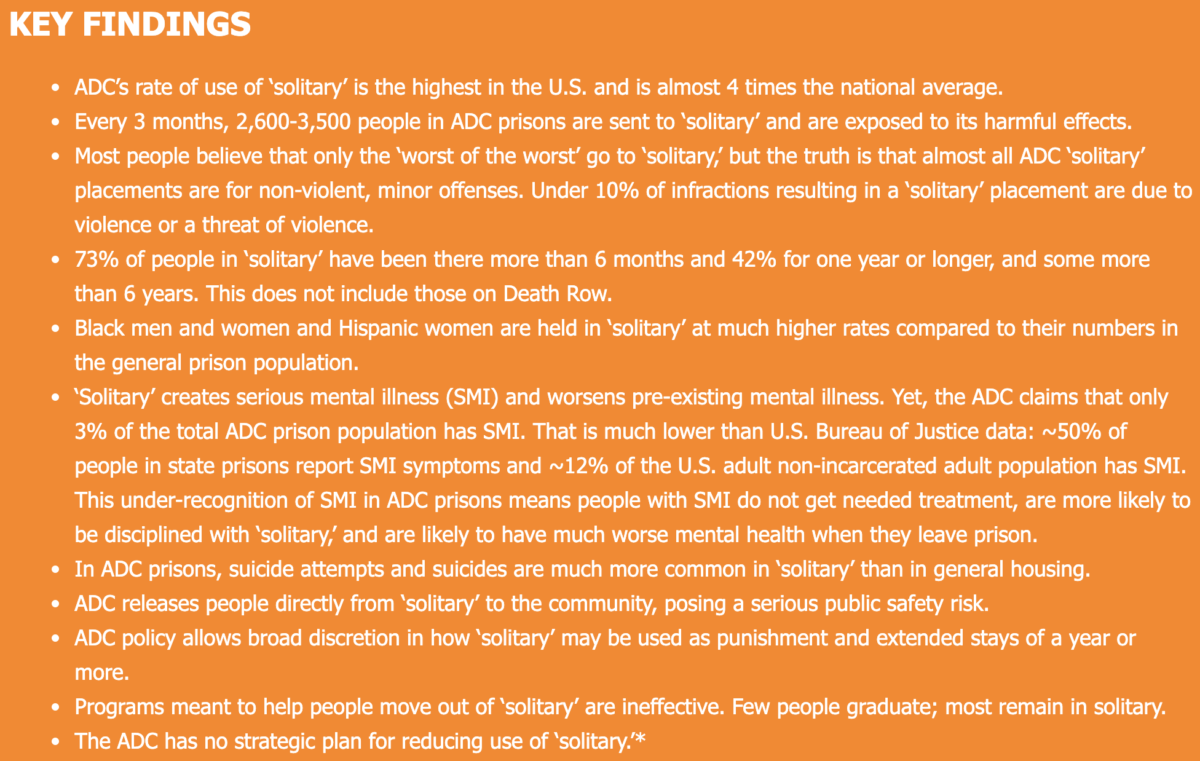 It is another lamentable ranking in which Arkansas finishes first (last is more accurate) in a punishing practice that is applied prejudicially, worsens mental illness and is ineffective in improving safety in prisons. A lawsuit over the practice was unsuccessful, but there’s a need to continue to press the issue, no matter how stubborn moss-backed prison officials (and legislators) might be.

UPDATE: The Corrections Department replied Tuesday, Jan. 12, that the report took some material out of context and drew misleading connections. It also said in response: “Every SMI inmate has a mental health treatment plan. To say otherwise is inaccurate.”