Today, we celebrate the incredible impact that #MartinLutherKingJr had on our society.

His message is especially imperative, as the unity we need after recent weeks’ events will not be found in the bitter partisan division, civil unrest, and political brinksmanship. #MLKDay pic.twitter.com/ZDUhP97IGU

Republican politicians are issuing boilerplate tributes to the Rev. Dr. Martin Luther King today though many stand on shaky ground, having fought so many things he stood for — peace, affirmative action, help for the poor, equal treatment under the law.

The oleaginous words of U.S. Rep. French Hill stood out this morning, following closely on the heels of his newsletter opposing impeachment because he said it was time to end division in America.

Hill was a loyal supporter of the primary cause of division in America, a man who fueled white nationalism and religious and ethnic bigotry. But Hill’s hypocrisy goes deeper than his support of Donald Trump.

It was only two months ago that Hill was running a nasty, divisive, race-baiting, dark-money supported campaign against Sen. Joyce Elliott, an African-American woman who declined to join Hill in the gutter, except to call him out for his dishonest advertising. 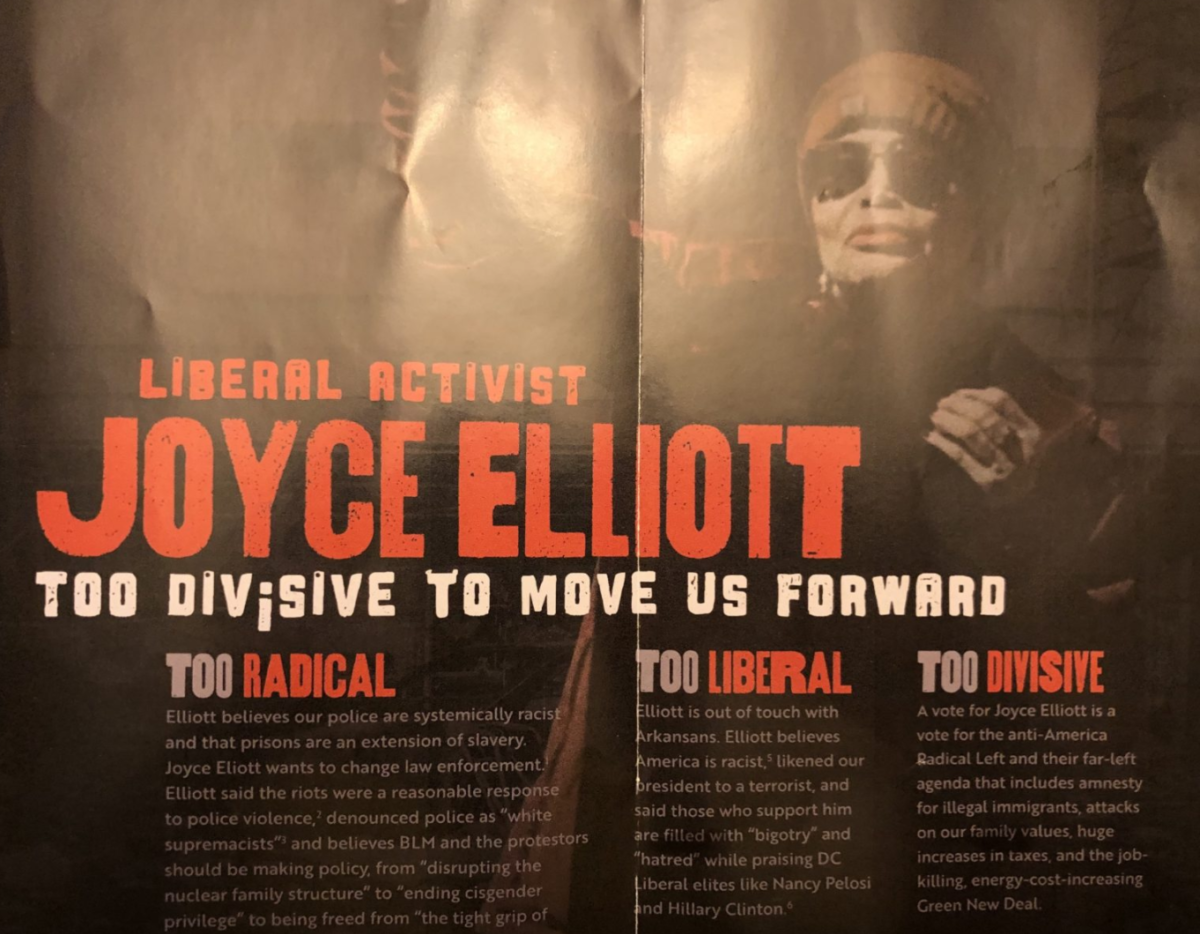 FRENCH HILL THEN: Now he talks about unity.

He intended to make her look like a race rioter, using a photo in which she was participating in a rally in support of the Little Rock School District. What a tool.

And speaking of tools:

Just arriving is an e-mail from Attorney General Leslie Rutledge, with an anodyne King tribute including this: “Today we celebrate his legacy and honor his memory by continuing the fight for justice, equality, and a call to unity.”

I refer you back to Allen Roberts’ obituary. She’s the lawyer fighting his effort to prevent state resegregation of four South Arkansas school districts.  She’s involved in lawsuits, still, aiming at disenfranchising tens of thousands of African-American voters. She opposes equal rights for LGBTQ people. She opposes equal rights for women in medicine or constitutional law.

On second thought, Rutledge may be worse than French Hill, if nobody can match his oiliness.

There will be more like this, perhaps some worse. I Intend to try to avert my eye.

UPDATE: Sen. Joyce Elliott tweeted also. She didn’t use the platform as Hill did to co-opt King for political purposes.

I was lucky to be inspired & emboldened by Dr. King as he lived.I was moved by his words & actions. His life&death live indelibly in my soul’s membrane.
I wish more people wld act on the wk of this Dr. King. He died literally doing the work of “making a life.”#SanitationWorkers pic.twitter.com/HqF0S60SLw