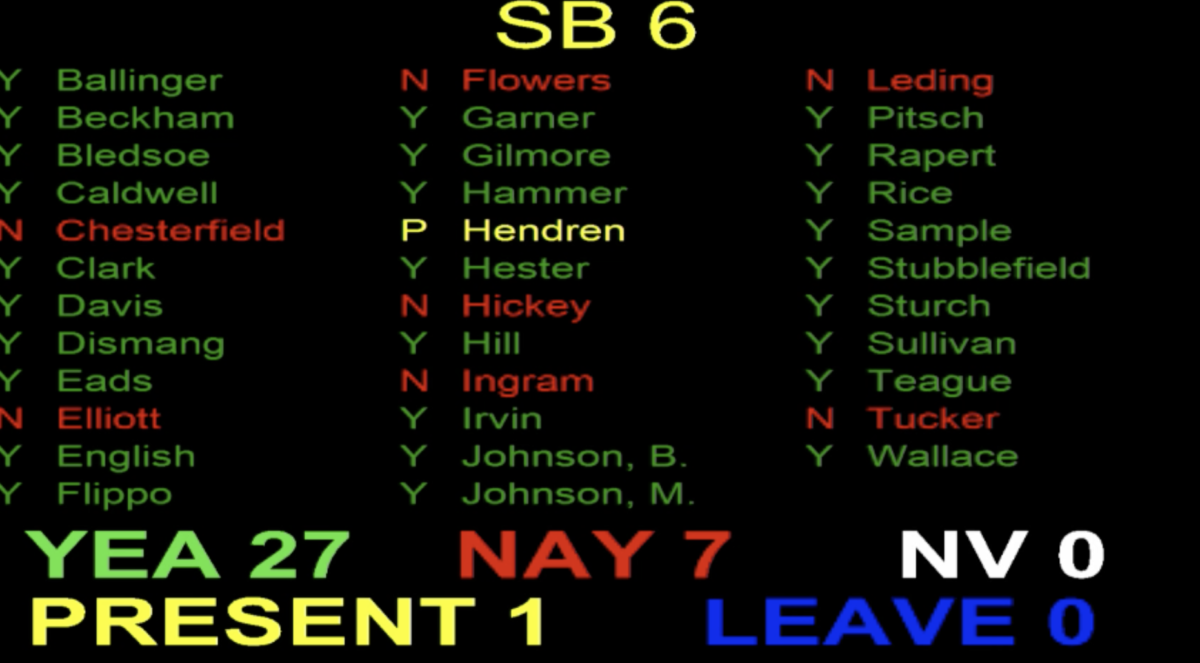 The Senate today passed SB 6, a ban on virtually all abortions except to save a woman’s life, after hearing objections that it didn’t include an exception for rape and incest, which previous Arkansas anti-abortion legislation has included.

The vote followed in which two Republicans objected to the absence of an exception for rape and incest.

Sen. Jim Hendren noted that pharmaceutical abortions will still be allowed, but there will be no exception for a 12-year-old raped by a family member. The lead sponsor,  Sen. Jason Rapert, said later that the bill would prohibit all but emergency contraceptives, leaving open the possibility that the bill could close not only the one medical abortion provider in Arkansas but also the Planned Parenthood clinic that provides a two-pill regimen that induces a miscarriage in the first 10 weeks of pregnancy. Rapert seemed to say only the so-called “morning-after pill” would be allowed.

“I am still pro-life,” Hendren said. “But all of us have to decide where we draw lines.” For 20 years, it has stopped at rape and incest, he said. Rapert said opponents of abortion no longer needed to include that exception.

Hendren said he’d vote present, but not attempt to amend the bill. Sen. Gary Stubblefield objected to Hendren’s point, asking him to explain the difference between children conceived by incest and conceived through consensual sex. He also said only a small percentage of abortions are a result of rape or incest.

Sen. Missy Irvin spoke in favor of a rape exception as a long-time abortion opponent. She spoke emotionally of women who were victims of rape. “It burns me up,” she said to have her position questioned because she favored this exception. She asked Rapert to pull down the bill for amendment. She said he didn’t know, and she did, about coping with an unplanned pregnancy. She ultimately voted for the bill.

If passed by the House, as is expected, a lawsuit will be filed to block its enforcement, as has happened in other states. Under existing Supreme Court precedent, it is unconstitutional to prohibit abortion before viability of the fetus. The hope in Arkansas, and other states, is that the new members of the Supreme Court might tilt the court toward a reversal of Roe v. Wade and open the door for stricter state laws.

Sen. Joyce Elliott, Clarke Tucker, Linda Chesterfield and Greg Leding opposed the legislation in any form, whether to preserve autonomy for women, to protect against pregnancies for girls as young as 10 or to discourage a return to the unsafe methods of abortion that existed before it became legal. Abortions will continue, particularly for women with means, they said. “It cannot ban abortion,” Leding said. “It still will happen.”

Rapert closed with a Bible passage. He noted this might be the last time he spoke on the Senate floor on an anti-abortion bill. He is running for lieutenant governor in 2022.

Other states are ahead of Arkansas in moving a ban forward.