Republican Rep. Mark Lowery’s HB 1112 to make a photo ID an absolute requirement to vote in Arkansas was endorsed Tuesday by a Senate committee.

A procession of speakers who work to increase voter participation spoke against the bill, including Nell Matthews of the League of Women Voters. She said it creates a new barrier when the state should be working to encourage more votes.

Sen. Jason Rapert, chair of the committee, interpreted Matthews’ defense as opposition to a secure vote. Matthews said people often don’t have IDs, or they don’t have the ability to copy an ID for an absentee voter. But when you get down to individual cases, “for some it’s pretty hard.”

The law now allows a sworn statement as to identity. Matthews noted that people who cast provisional ballots through the sworn statement must provide name, birth date and address and, in the case of absentee ballots, are returning a ballot sent to their home address.

Matthews and others said there was little evidence of vote fraud through impersonation. They said glitches sometimes occur in voting, but the emphasis should be on improving the voting process, such as by beginning the checking of absentee ballots earlier in the process.

Matthews also talked about a runoff for state representative in Little Rock that ended in a tie and was decided by an overseas ballot, which didn’t have an ID requirement. Is that voter now going to be disqualified, she wondered.

The bill will eliminate a cure for absentee ballots. It would continue a cure for people who vote in person but don’t have an ID, but they must find a way to get to the courthouse by the Monday following an election to do so.

The bill is one of dozens introduced by Republicans around the country to reduce voting by poor and minority voters, who trend Democratic.

Opponents noted that election commissioners and clerks in several counties oppose the requirement as a new impediment to voting.

Lowery claimed his bill is about protecting the integrity of the ballot. 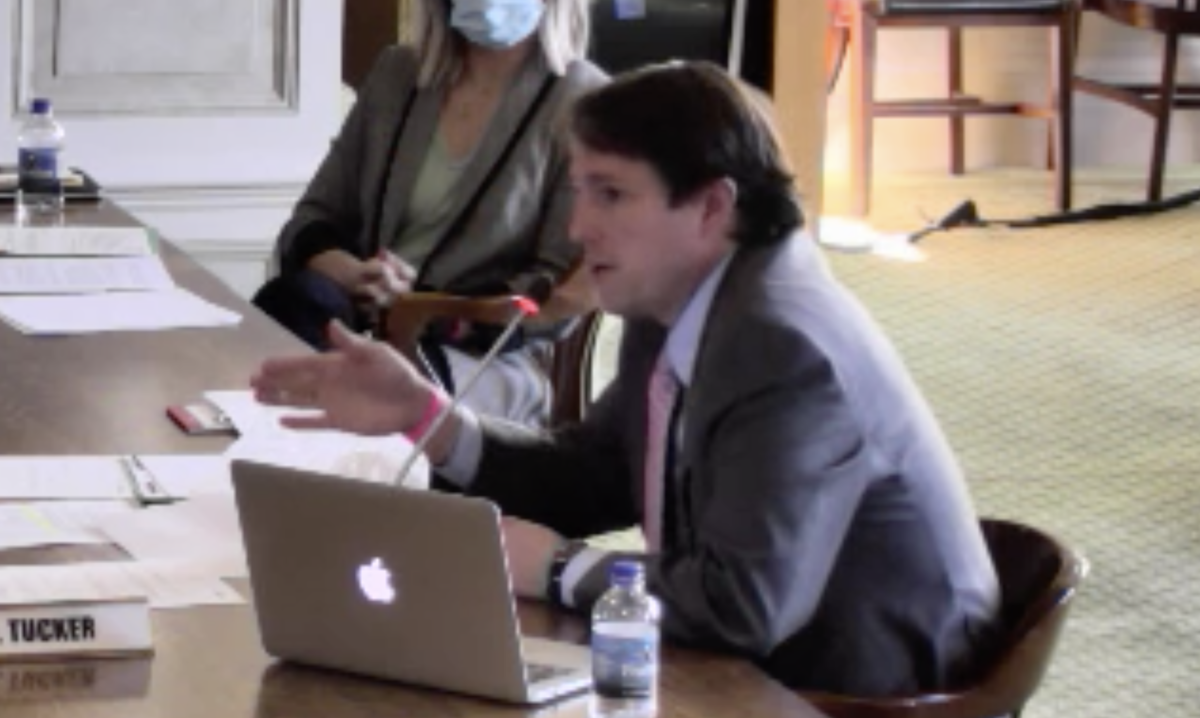 Sen. Clarke Tucker said election integrity is also threatened when lawfully registered citizens are disenfranchised. He said there should be accommodation for someone without an ID or an absentee voter who can’t make a copy of an ID at home. He said a review of ballots counted through the affidavit in 2020 found 2,700 such votes in 64 counties cast this way and not a single one was cast fraudulently, including 268 in heavily Republican Benton County. “We know for certain the law will disenfranchise” voters, Tucker said.

Though Rapert argued otherwise, it is clear: More people will NOT vote because of this legislation. And, as Tucker said, they’ll be the most vulnerable Arkansans. Not part of the GOP base.